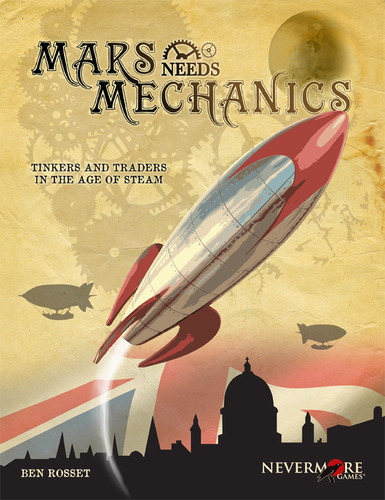 Mars Needs Mechanics is the premiere game from local game designer Ben Rosset. This economy-based game takes place at a thrilling time for the British Empire: Her Majesty the Queen demands the construction of a colony on Mars! Players are Aether Mechanics competing for a position on the crew, and must use careful timing and economic manipulation to get the most valuable groupings of resources and devices at the right times, aiming to gain cogs as currency. Whoever has the most cogs at the end of the game has won their place aboard the steampunk space vessel H.M.S. Victoria VII! This is one of several economy-driven steampunk-themed games to come out recently, and I’m honestly really excited to see such a cool aesthetic making a break into boardgaming. Other games in this family include Kings of Air and Steam, and Planet Steam, which is packed full of intricate plastic pieces and just arrived from Fantasy Flight.

The tactical board game Rialto drops you into the network of bridges and canals that make up Venice. A card-driven worker-placement game, Rialto lets you take charge of the city by placing your own councilmen into Venice’s districts, constructing essential bridges and buildings, and by placing gondolas in the canals. All of these actions improve your standing in the city and advance you along the Victory Point track. Whoever has taken the position of Doge gets special bonuses, so be sure not to let them sit comfortably for too long! 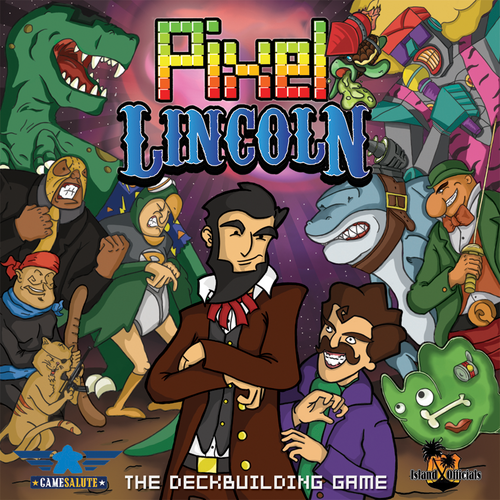 Pixel Lincoln is an 8-bit-styled adventure deckbuilding game, where you must assemble an awesome deck of items and weapons to help our hero Pixel Lincoln restore the balance of time and space. Lincoln must defeat such heinous enemies as the Laser Shark, Totally T-Rex, and of course John Wilkes Booth, so be sure to equip him with kickin’ weapons like a swordfish or his Beardarang. Meant to feel like a classic video game, the completely non-electronic Pixel Lincoln allows you to explore ever-changing and highly customizable levels that are discovered as you play, and like all good video games it allows you to play on your own or with friends. Are you ready to beat the high score? 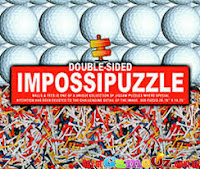 For puzzlers of all kinds, really amazing - and slightly insane - things have arrived in the store. Double Sided Impossipuzzles are the stuff of nightmares for some, and sweet dreams for others. These puzzles feature two images, one on the front of the pieces and one on the back. Both pictures are repeating patterns, and often in the same color palette. From candies to golf to penguins, there’s a pattern to please any puzzle fanatic, and they’re available in standard and mini sizes. If you like jigsaws as well as other types of puzzles, the Sudo-Kube and Word-Kube are definitely worth your attention. Each one is a jigsaw that when solved, forms the image of a sudoku or crossword puzzle as well as all the clues needed to solve it. You can then solve the puzzles with the included dry-erase pen. This is a super cool option for someone who likes different types of puzzles and is looking for a great new challenge. 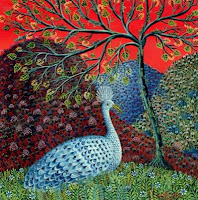 We’re excited to announce that we just got a huge delivery of Liberty Puzzles! These high-quality laser-cut wooden jigsaws feature stunning art, and “whimsy pieces” that are cut into shapes that match the theme of the puzzle image. Some of the arrivals are the classic images you’ve seen on our shelves before, and some are all-new designs that promise to make for challenging and gorgeous puzzling. We even got some more of the Little Liberty puzzles, which are smaller and perfect for children aged 5 and up. 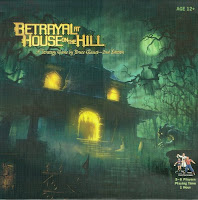 On top of all that, Betrayal at House on the Hill is back in stock! This creepy horror-movie-in-a-box saw a boost in popularity in our store right before it went out of print, to the frustration of all. If you were among those players who tried it out at game nights here but didn’t get a chance to pick it up, now’s your chance to snag your own copy. We also just got Sherlock, one of our very favorite kids' games, back in the store. This simple deductive reasoning game for the younger set is a consistent hit in our afterschool games classes, but has been unavailable for some time. If your little sleuth has been trying to hunt down a copy, look no further!

Posted by Labyrinth Games at 4:20 PM