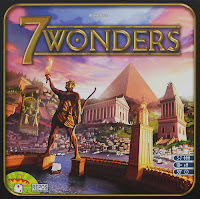 In teaching games to new players, I've learned that it all comes down to the first 10 minutes. Games like Ticket to Ride and Carcassonne have a fantastic first 10 minutes because new players have time to watch what veterans are doing, and start executing a real plan of their own. In comparison, more complex games like 7 Wonders and The Settlers of Catan have a less user-friendly first 10 minutes: for example, unless a veteran specifically gives them advice, new 7 Wonders players will almost never take enough resources for the late game; and incorrect beginning placement in Catan can hinder new players for the majority of the game.


For games with a good first 10 minutes, it's easy to just dive in and show someone how to play from the start. The most common game I’ve shown new players has been Android: Netrunner, which is one of my favorites, but is rough for beginners to get started with. So, for a player's first attempt, I set up a scenario halfway through a hypothetical game and walk them through various means of scoring points. Netrunner is an asymmetrical game, and I have the new player play as the Runner, which is the more offensive and active of the two possible roles. The Runner is a hacker trying to steal information from the other player, who takes the more defensive role as a megacorporation. 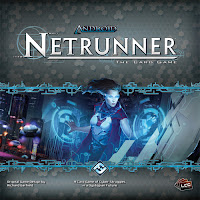 Android: Netrunner has one of the worst first 10 minutes for new players. Both players are playing completely different games, so the new player can’t learn from the veteran. Also, lucky card draws from early on can swing the game wildly in favor of either side, which is why I’ve started teaching with a preset board.
In this first introduction to the game the new player gets to learn the basic gameplay elements, and feels a sense of accomplishment by scoring points quickly. The aims of teaching the game this way are twofold: it introduces the most confusing mechanics to new players (in this case, the mechanic of "running"); and it shows the new player the end purpose of all the mechanics that go into a game. 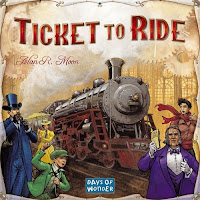 This is why there are gateway games. Players are more willing to give a game a second chance when they've had the opportunity to get a solid understanding of the mechanics right off the bat. Players that are new to board gaming are less likely to give a bad experience a second shot. In the case of Catan and 7 Wonders, the game is relatively short, so new players can get the feel of the game even if they do poorly the first time around, whereas Ticket to Ride is longer but can hook players right from the start. If taught the right way, even a game with a tough first 10 minutes can catch someone's interest, and get them excited to play again.

Posted by Labyrinth Games at 10:00 AM