by Becky "Ready the Cannons" Topol

Pirate Dice: Voyage on the Rolling Seas is a light strategy game of high-seas adventure. Surprisingly, this marauding excursion is a descendant of RoboRally, with a similar movement-programming mechanic at its core, and of course, plenty of chaos. Pirate Dice, however, is quicker, simpler, and more compact than its predecessor. Players must use secretly-rolled movement dice to plan the route for their ship each turn, in attempt to reach the treasure before their opponents get there first! Of course, things are never so simple on the high seas. Treacherous currents, whirlpools, and hidden reefs can all force ships to stray from their path. And what are pirates without the great follies of violence and drink? Fire cannons at enemy ships to damage them, force them to drop anchor and skip a move, and if you can slip some rum to an enemy captain he’s sure to steer the ship wrong. Full of the chaos and treachery of piracy itself, Pirate Dice is perfect for captains who think they can out-shoot, out-maneuver, and out-plan their enemies!

The Small World 6 Player Board is, as its name suggests, a Small World board made for six players. As with the various boards included in the base game, this expansion board is balanced specifically for the appropriate number of players. However, this board comes with a twist: the players are now in teams of two! Each player gets their own Race and Special Power combo, but may openly discuss strategy with their teammate as they attempt to rule the Small World together. The set contains new rules, places, and a relic, as well as the additional tokens, markers, and coins you will need to accommodate six players. Plus, one side of the map has art matching the original Small World game, while the other side matches Small World Underground. So, no matter which Small World base game you have, the 6 Player Board will give you a whole new way to conquer the world!

Reverse Charades: Sports Edition is a new expansion for Reverse Charades which can also act as a stand-alone game. This mini set contains 110 double-sided cards, which bring 220 new sports-themed words to this crazy party game! As with the original game, only one member of the team doesn’t know what’s on the card, while the rest of the team must attempt to act it out for them. With cards ranging from Chess, to Calf Roping, to Body Odor, to Knife Juggling, this party game is sure to tickle sports fans of all kinds! 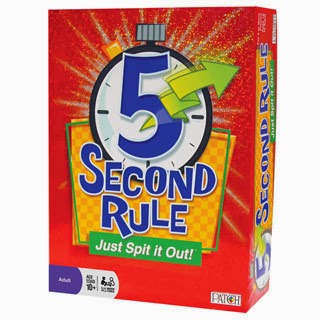 Another great new party game this week is 5 Second Rule. This is an essentially simple game of spitting out answers as fast as you can. Of course, there’s nothing like a time constraint to make such a simple task into a struggle. On each turn a card is drawn, and the active player must name three things that fit into the category on that card within the five-second time limit. The timer on this game really stands out; rather than a traditional sand timer, 5 Second Rule uses a group of metal marbles spinning down a spiral track. The marbles rattle audibly as they make their five-second journey, making it much easier for everyone to know when time has run out! With 576 categories including Dog Breeds, Hurricanes, Prime Numbers, and Ways to Cook Potatoes, 5 Second Rule is the perfect test of speed and brains for your next party! 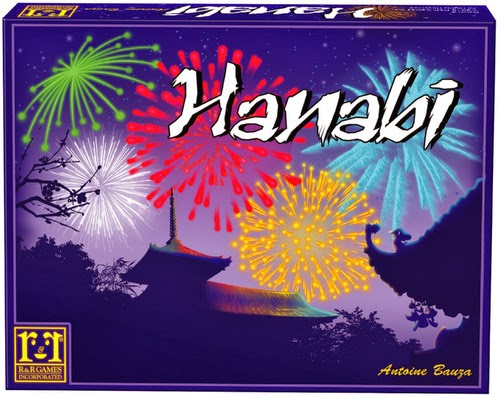 Along with these great new arrivals, we are thrilled to say that Hanabi is finally back in stock! This amazing cooperative game has been totally sold out since it won the prestigious Spiel des Jahres prize late in 2013. This game relies on teamwork and communication, as all players attempt to collectively lay down their cards in the right order. Of course, things are made a little bit more difficult due to the fact that nobody can see their own cards! An awesome and original game, Hanabi has definitely earned its Game of the Year title!