Jamaica lets you take part in a rowdy race organized by former pirate captain Henry Morgan, who has weaseled his way into the governorship of the island! Of course when pirate ships race each other, it's not just a question of speed - there's bound to be fighting, looting, and shooting galore. The active player must roll two dice and assign one to the morning and one to the evening. Each opposing pirate captain may then decide what to do with those dice. Will that six you rolled mean six measures of food or gold? Six spaces of movement backward or forward? In the end, you can't win just by having the most gold or by being in first place, you must cleverly combine resources and positioning to get more points than all the other buccaneers looking to win glory in this race around the island. With gorgeous components and character cards and backstory based on real pirates including the fearsome Mary Read and Calico Jack Rackham, Jamaica is a fast game of tactics for marauders of all ages!

Looking to try some swashbuckling in your next Fate role-playing campaign? The Fate Freeport Companion expands upon the classic pirate setting of Freeport, adding a new skill system, magic system, an insanity and madness system for Lovecraft-themed games, and rules for using firearms! With stats and details on brand-new races, monsters, and allies, as well as the pre-made Fury in Freeport adventure, the Fate Freeport Companion opens up a rope-swinging, treasure-taking, keel-hauling world!

Some of our favorite party games are back in cool new forms! Speedy versions of Cranium, Scattergories, and yes, even Trivial Pursuit include new features that update these great classics. Scattergories now focuses on pairs play, where each member of the team attempts to come up with words to fit into various categories without copying their teammate. More original words means more points! Cranium Fast Play is built for two teams of two or more, and features 400 of the best challenges from the beloved party game series. Trivial Pursuit Party is the first version of Trivial Pursuit we've been able to get in years! This update on the old-school trivia game includes Wild spaces, the option to ask another player for help and get points for both of you, and overall faster gameplay. With these updates on beloved games, your party can get started with a game anyone can dive right into! 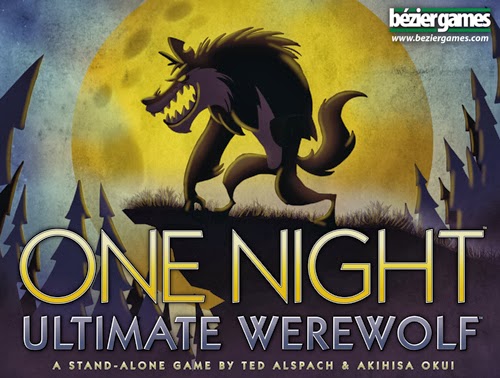 If you want to try something a little different (and more murderous) for your get-together, One Night Ultimate Werewolf might be just the thing. A lightning-fast version of the popular Mafia/Werewolf genre of hidden-identity party games, One Night Ultimate Werewolf will work with as few as three players and goes all the way up to ten. As with any Werewolf-style game, every player gets a secret identity, each of which comes with certain special abilities - most people will be villagers, while some will be bloodthirsty werewolves. The aim is simple: the various villagers need to discover and dispatch of one of the werewolves in their midst in order to win, and the werewolves win if even one villager is killed. With no player elimination and just one fast round, One Night Ultimate Werewolf is perfect for smaller groups looking for a great bluffing game!

Card Wars first appeared in an eponymous episode of the popular cartoon Adventure Time, where it was played by Jake the Dog and Finn the Human Boy. Now this spoof on games like Magic: the Gathering has left the Land of Ooo and entered reality in the form of Adventure Time: Card Wars - Finn vs. Jake! This two-player game includes Jake's Corn Deck with its Husker Knights and Archer Dan, and Finn's Blue Plains Deck featuring the Ancient Scholar, the Cool Dog, and that most fearsome and loathed beast - The Pig! Play cards into one of four lanes, build up righteous combos, and of course, "floop" your cards to activate special abilities! Who will be the Dweeb and who will be the Cool Guy? It all depends on how mathematical you can be in Adventure Time: Card Wars - Finn vs. Jake! We also received the BMO vs. Lady Rainicorn pack, so now you can use the new pre-made decks, or mix them with the first pack to customize your game!

Sentinels of the Multiverse: Vengeance is a new mega expansion for the popular cooperative hand-management game, Sentinels of the Multiverse. This set contains a complete team of five heroes, two new environments, and the dastardly new team of villains known as the Vengeful Five! Headed by Baron Blade, these villains use the heroes’ own strategies against them: working together to support and boost each other to more vicious attacks. With a whole slew of new mechanics and play options, this is a great addition for any Sentinels fan! 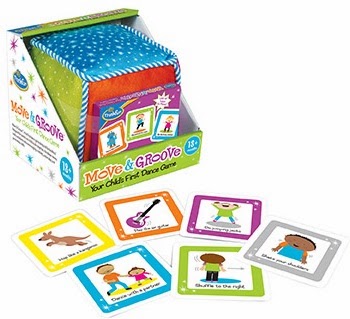 Our youngest gamers have some great new games to try out! Move & Groove is the newest game from the makers of the popular Roll & Play and Hello, Sunshine! While it is played very similarly to Roll & Play, Move & Groove is all about dancing! Roll the multicolored plush cube, grab a card of the color it lands on, and rock out the dance moves on the card! With moves ranging from disco to air guitar to the robot, Move & Groove is all about learning coordination, balance, and flexibility while having a ton of fun! Two new Zingo! games work on basic skills for kids aged five and up. Zingo! Time-Telling familiarizes players with how to read the hands on an analog clock while doing time-based math, and Zingo! Word Builder lets early readers fill in the blanks in three-letter words, all within the familiar and fun Zingo! format! 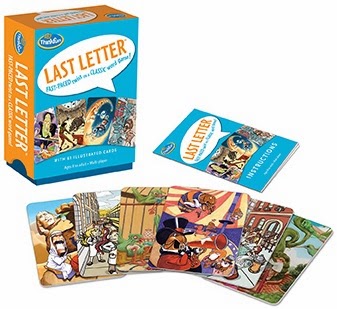 For word nerds, we have two super-cool new options. Last Letter is simple on the surface, but is infinitely variable and complex based on your vocabulary. One player must play a card from their hand while coming up with a word to describe the picture on it. All the other players then race to play a card from their hand which can be described with a word whose first letter is the same as the last letter of the previous word. For example, if one person laid down a card and described it with "Circus," the next person could play a card described with "Superhero." The next player would have to describe their card with a word beginning with the letter O, and so on. The 61 cards feature gorgeous art in many styles, reminiscent of Dixit, and gameplay is fast and furious! Another new game, Say the Word from Peaceable Kingdom is a silly, cooperative, memory-based storytelling game. Cards are played face-down, and introduce a slew of crazy characters and objects. You must pay attention to what happens every step of the way, because you must recite the whole story before you can add to it. Forget something? The Story Master and other players can act it out for you. If you can work together to fill the whole Story Board, your silly story team is victorious! 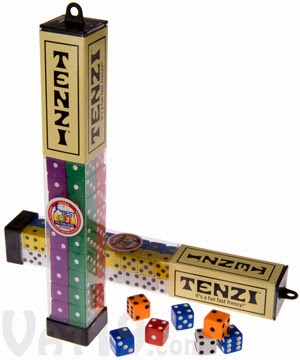 After a ton of requests, we now have Tenzi! A simple but super-fast game, Tenzi is all about speed and luck. Each player gets ten dice, then races to be the first to get them all to show the same number. Featuring several rules variations, including the challenging Tenzi Tower where players must stack their matching dice in order to win, Tenzi is a game that takes moments to learn, yet provides hours of fun for everyone! Similarly, Twisted Fish is a game that takes hardly any time to learn, and is great fun for all ages. A twist on the classic card game of Go Fish, Twisted Fish adds more complexity to the mix. With five suits and tricky Zinger cards, you'll need strategy, memory, and bluffing skills to collect up the winning set of five cards. Winner of the 2007 Creative Toy of the Year Award, Twisted Fish is a clever challenge for kids and adults alike!

Kathleen brought back some crazy-cool new puzzles from Toy Fair in New York! So far, we’ve received Oblo and Logiq Tower. Oblo consists of four nested spheres which in turn are made up of interlocking pieces of various shapes and sizes. To solve it, you must first take apart each layer, then put them back together from the inside out. This award-winning puzzle challenges you to slide, rotate, and fit each piece into the correct position. Oblo is gorgeous, unique, and much trickier than it looks! Logiq Tower is a stacking puzzle with over 22,000 solutions. Featuring fifteen interlocking pieces, your aim with Logiq Tower is simple: stack up a tower with no gaps or empty spaces. Of course, that becomes harder and harder as the tower grows higher and higher! A challenging cylindrical twist on classic pentominoes puzzles, Logiq Tower challenges you to find as many of its thousands of solutions as you can! 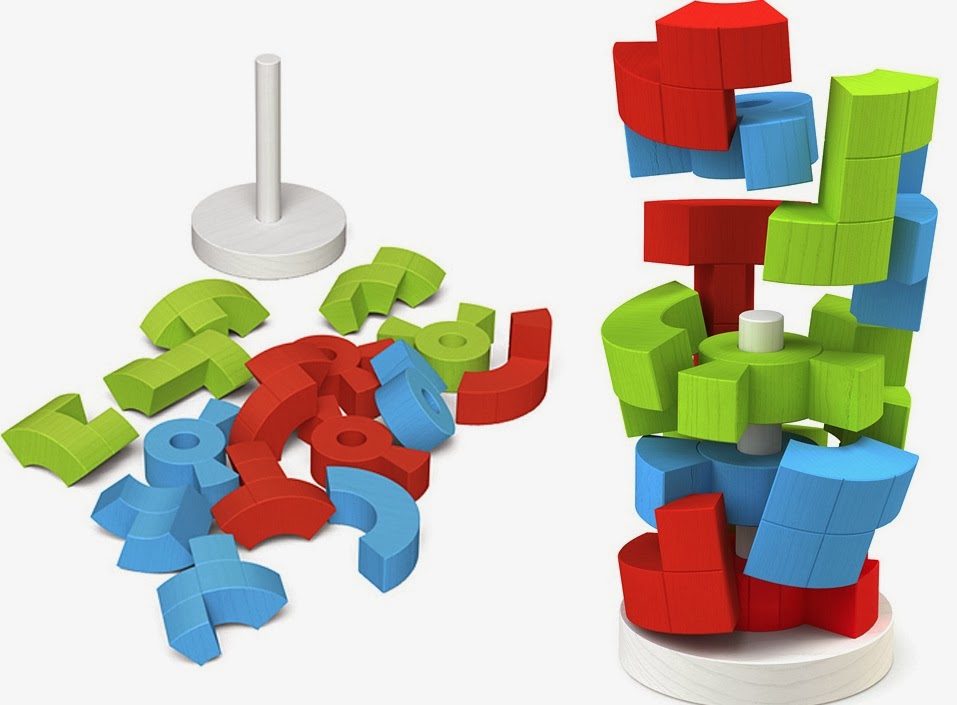 Added to our Game Demo Library this Week: Tenzi, Last Letter, Say the Word, Oblo, Logiq Tower
Posted by Labyrinth Games at 9:41 AM