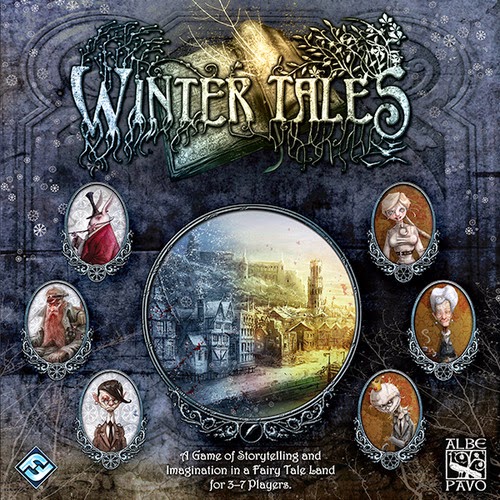 Winter Tales is a dark fairy tale storytelling board game where players fight for the Rebels of Spring or the Soldiers of Winter with fantasy characters such as Pinocchio or the Mad Hatter. Each faction will try to complete quests by telling stories that are partially determined by location, other characters, picture cards, but most of all using their own imagination and storytelling skills. Fight with others over objectives and create a grand overarching story in the grim world of Winter Tales. 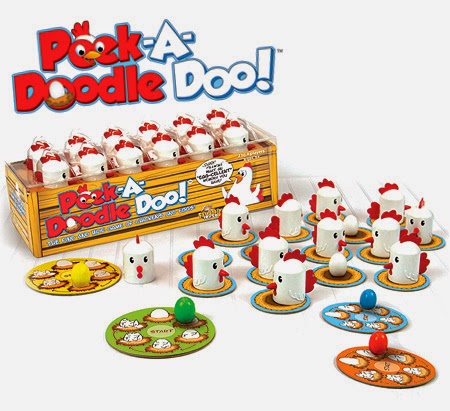 Can you keep track of twelve chickens and all of their eggs? In Peek-A-Doodle Doo! You'll be searching under chickens for eggs to fill up the egg carton...but beware, you can only make so many mistakes before your eggs crack! Once you're done filling the egg carton, try placing the eggs back under the chickens for extra fun. A great game that focuses on memory and concentration, Peek-A-Doodle Doo! is an 'egg-cellent' first game for young gamers.

Ascension: Realms Unraveled is the newest installment in the Ascension series, a stand-alone game that plays 2-4 players and can be combined with any of the other expansions in the series. Realms Unraveled adds new elements to the game and expands on mechanics from previous sets. Fight new terrifying monsters with Multifaction cards that count as two of the four factions at once! Multi-Unite cards will reward players who play multiple heroes from the same faction. With new, powerful options at your disposal, the path you take to victory will be ever-changing. 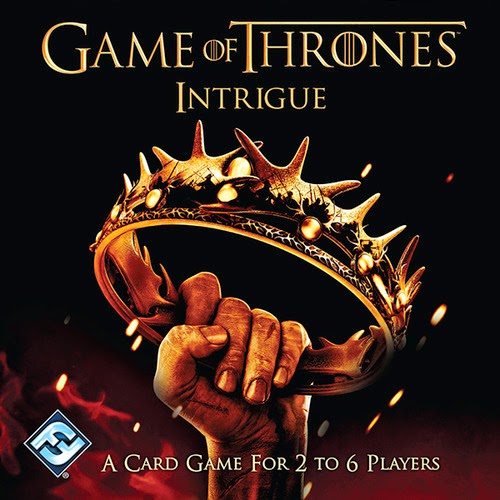 Designed by Reiner Knizia, the renowned game designer behind Blue Moon, Game of Thrones: Westeros Intrigue is a fast-paced game of cleverly placing characters into the court. Divided into Houses Stark, Lannister, Baratheon, and Targaryen, character cards will allow other cards from their house to be played and prohibit others. Make sure you're the last player to lay down a character and seize control of the Iron Throne in Game of Thrones: Westeros Intrigue!

Fan of Napoleonic naval warfare? Sails of Glory pits 2-4 players against each other in the high seas of battle. Using cards and 1:1000 scale miniatures players try to outmaneuver and reduce their foes to timbers. Easy to pick up and filled with thousands of battles, Sails of Glory kindles the strategic skills of Lord Nelson in gamers both young and old. And the models are GORGEOUS!

We've recently expanded our selection of Metal Earth 3D laser cut models. The new models we have are: 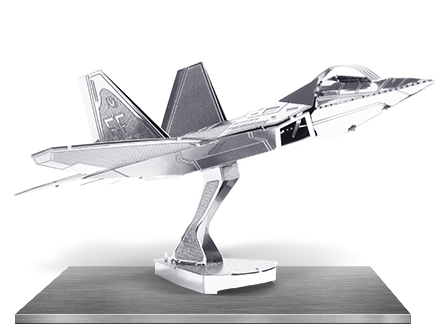 Be sure to check out these cool new models!
Posted by Labyrinth Games at 9:52 AM