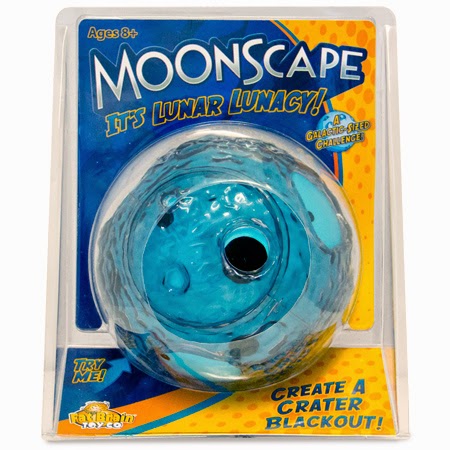 Ever gaze out into the night sky and think, "Boy, I want to solve a puzzle?" If that's the case, Moonscape might be for you. Spin four panels of craters around to match up with the sphere inside that can also move about freely and match the craters with the black dots on the sphere. Spin the sides like an astrolabe and solve this moon puzzle like its 1969. Joking aside, it is a rather addictive puzzle that we are enjoying. If you are or know a puzzle lover, this is definitely worth considering.

In space, no one can hear you hacking the mainframe of off-world grids. Well, save for especially devious new corporation cybersecurity measures. Upstalk is the first expansion in the Lunar Cycle for the Netrunner LCG. Explore the ever-expanding depths of cyberspace with Nasier Median and protect your new assets with ice that changes its subtype or ice that has every subtype! 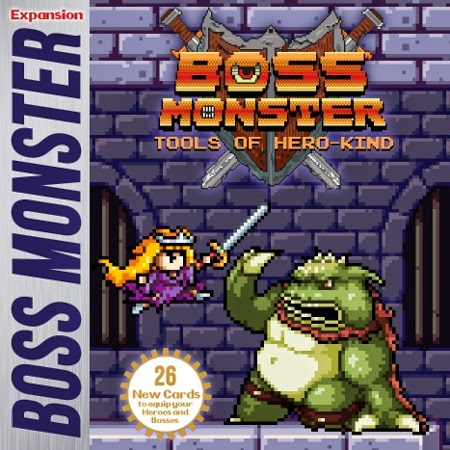 Curse those pesky adventurers! As if luring countless so-called "heroes" into your inescapable death-filled lair weren't troublesome enough, now they might actually be a real threat in this expansion to Boss Monster, Boss Monster: Tools of Hero-Kind. Will your doom-traps hold up against a hero with Cheat Codes? Or will you crush these heroes armed with magical items beneath your heel for fabulous rewards, and claim the title of the true "Boss Monster?"

Is the name of the next mystery you want to solve, "The Case of the Obedient Chipmunk Butler?" Or perhaps you think that "Ferocious Horse Island" is the perfect name for a Metal Band. Word Whimsy is a fun adult party game where you mash seemingly random words together to answer prompt cards, funniest answers win! With 250 words to make untold numbers of crazy combinations, Word Whimsy is sure to get a rise out of you and your friends. There is some language which may not be appropriate for younger audiences.

New demos added to our game library this week include:
Word Whimsy, Moonscape
Posted by Labyrinth Games at 7:03 PM No comments: 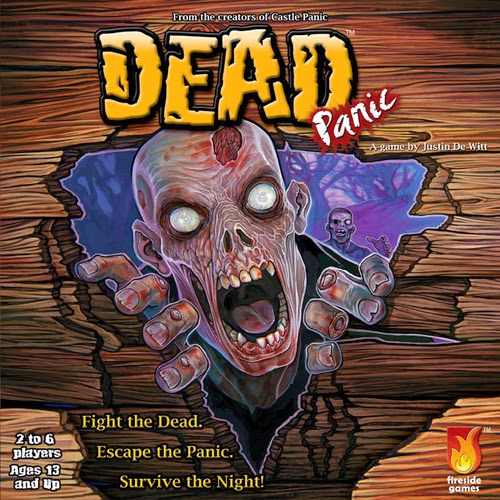 Think you've mastered the delicate art of defending your castle from waves of monsters in Castle Panic? Well, grab a chainsaw because now you and your friends will be defending against the endless ranks of the undead in Dead Panic! Think you've got your survival strategy down pat? Think again, because this time you'll be dividing your time between holding off the zombies and scouring the cabin you've holed up in for items such as radio parts to give yourselves an edge. Don't let the gnashing masses break down your fortifications while you search though, because your friends can turn to enemies as they turn into zombies. Can you and your friends make it out alive? Test your zombie survival skills in Dead Panic!

Speaking of the loathsome undead, why not spice up the humdrum of social pleasantries and chasing suitors with the very pressing need to barricade the doors of Pemberley with the piano forte? Yes, the curse of the undead has touched both the women and suitors of Marrying Mr. Darcy in the new Marrying Mr. Darcy Undead Expansion. Stock up on smelling salts to save you from corruption or engage the blighted with cries of, "Tally ho!" as you fight them off with your basket-hilt broadsword. Find the love of your life, but make sure they're not afflicted with the curse of undeath in this quirky expansion to Marrying Mr. Darcy! 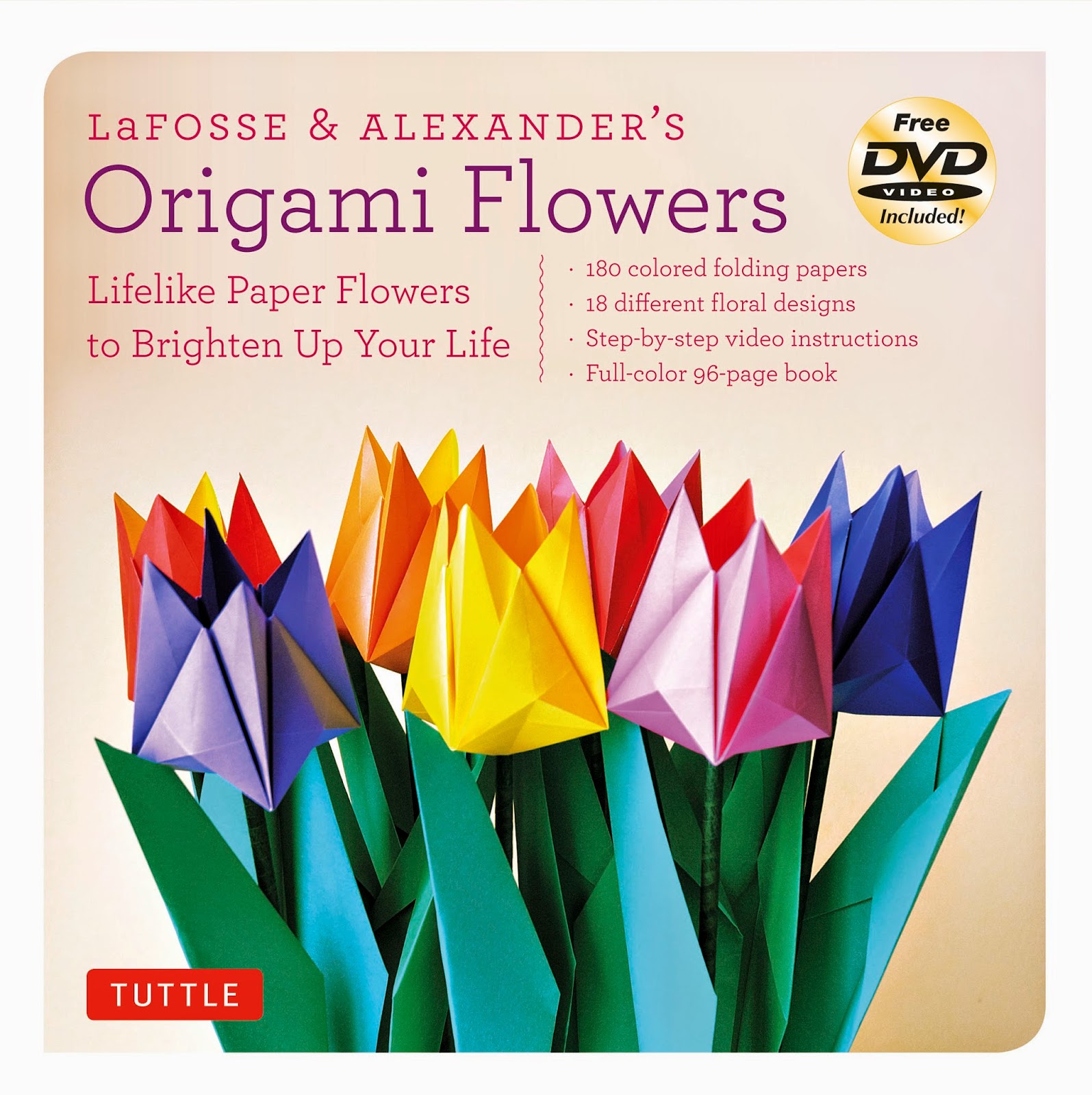 Learn how to make stunning origami works of art with this 96-page step-by-step instruction manual and 180 vibrantly colored sheets of origami paper. Also included is a DVD that will help guide you through the finer points of the origami projects. Great for those already versed in the art of origami, this includes some intricate folding patterns as well as great starting projects for beginners. 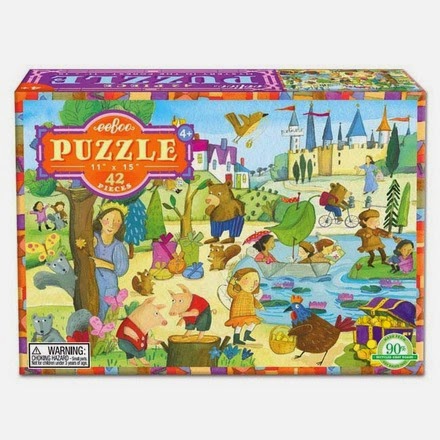 We have a lot of new exciting puzzles and games from eeBoo. Puzzles, matching games, sidewalk chalk games, language bingo and even the pathway-laying game, Community! These are great games and puzzles for younger children and they look absolutely beautiful. 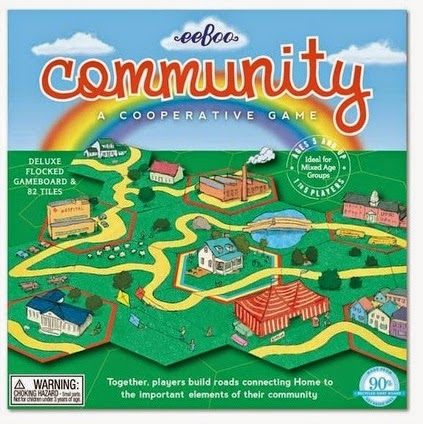 Whether it be French Bingo or the 20 piece "Up and Away" space puzzle, there is sure to be something that you'll love.

The new miniatures for Dungeons & Dragons are here! Icons of the Realm: Starter Set includes six different models for your adventures. Featured in the set are a dwarf cleric, a human ranger, a halfling rogue, a northlands fighter and an elf wizard. Let us not forget one of the most iconic figures of the Dungeons & Dragons lore, the drow ranger, Drizzit Do'Urden! What tales will unfold with these new gaming accessories on your table?


New demos added to our game library this week include:
Pyramix, Istanbul
Posted by Labyrinth Games at 9:48 AM No comments:

Over the last couple weeks, we have received an absolutely massive amount of new games in the store. Take a look! 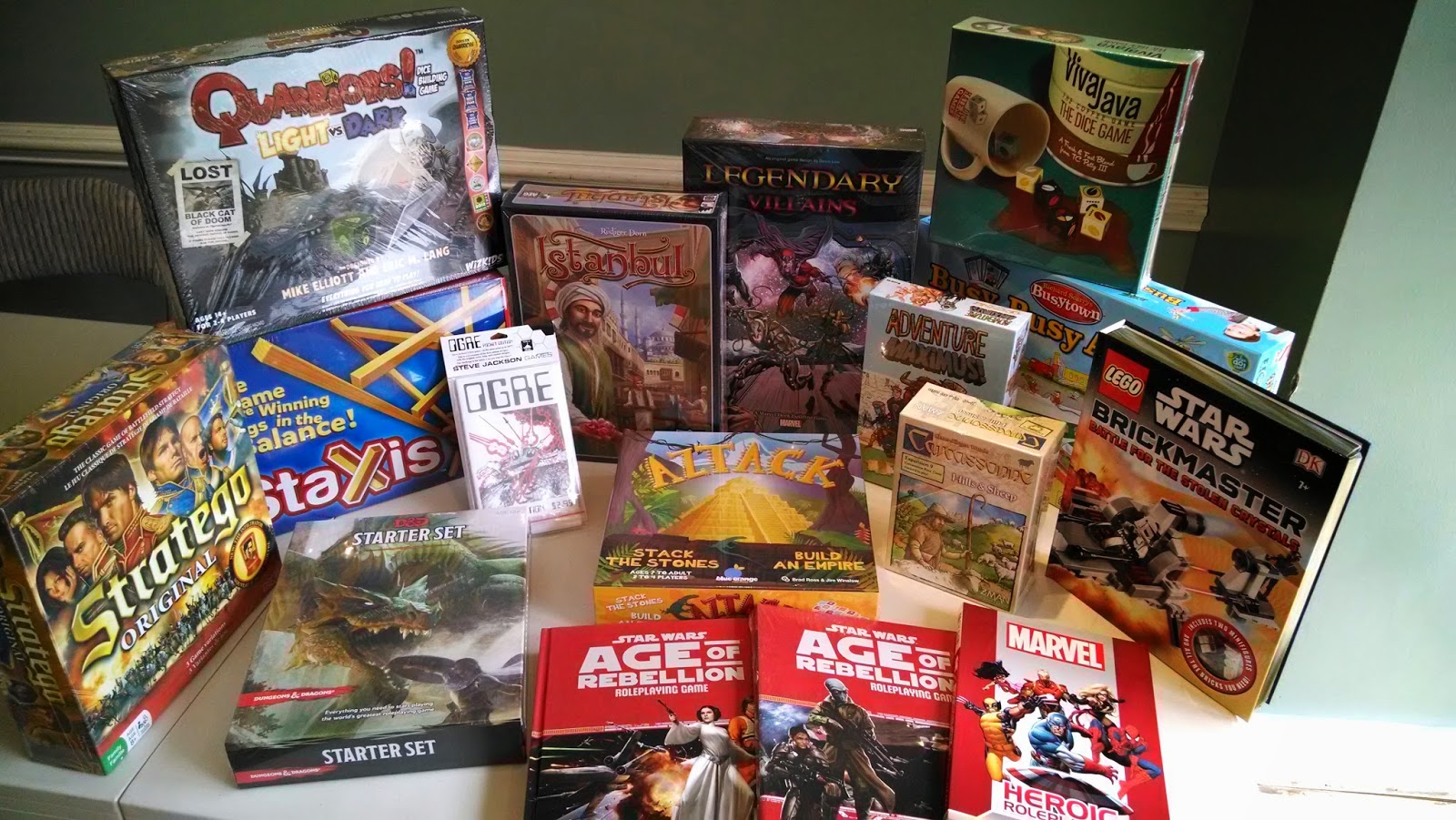 Dungeons and Dragons isn't the only thing that's received a new edition though! The classic game, Stratego has been reprinted, and you can once again roll out monsterous tanks in Ogre Pocket Edition. You can also now make new wooly friends in Carcassone's new expansion: Hills & Sheep and start the morning with a hot cup of VivaJava: The Coffee Game: The Dice Game. Speaking of dice, Quarriors! Light vs. Dark is sure to be a welcome expansion to the dice pool of any Quarriors! fan. It can also serve as a base game for those who do not yet own Quarriors!

If that isn't enough, Staxis, Istanbul, Aztack, Lego Star Wars: Battle for the Stolen Crystals Brickmaster, Richard Scarry's Busytown: Busy, Busy Airport add to the ever expanding selection at Labyrinth with a variety of different kinds of games for all ages.

Although not shown in the picture above, we also now have new chess pieces and Mancala sets as well as poker chips. With such a variety of new things, you'll have to come down and take a look for yourself!

Posted by Labyrinth Games at 9:08 AM No comments: