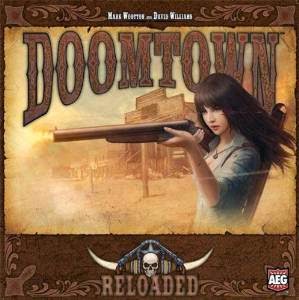 Based on the 1998 trading card game, Deadlands: Doomtown, Doomtown: Reloaded is finally here. Play different groups such as members of a sinister carnival, lawmen, outlaws, and more as you try to gain control of Gomorrah, California. Stack your deck and build winning poker hands of cards as you collect deeds and and shootouts at high noon. Customize your deck of 52 cards with Hexes, Dudes, Deeds, Gadgets, and more but be careful! If you're caught with cards of the same suit and rank, (say two kings of hearts) you'll be called out for cheatin'!

Step right up, come one, come all! Try your hand at Carnival! Complete different rides in Carnival and keep your opponents from completing theirs with the clever use of tickets that manipulate the game. Need to change a number on a die? Spend a ticket. Want to mess up someone else's roll? Spend a ticket! Who knew that competing to build carnivals could be so spiteful? Carefully managing your supply of tickets to finish your rides and stopping others from completing theirs is key in this game of collecting cards and rolling dice.

Fulfill your lifelong dream of being a trucker in the American Midwest in The Great Heartland Hauling Co.! Well, maybe you haven't always dreamed of being a trucker, but goshdarnit, now's the time to try! Drive fast and manage your freight cleverly and be the king of transport. No two games will be the same, so even if you think you've got the perfect routes you'll have to navigate a new map next game! 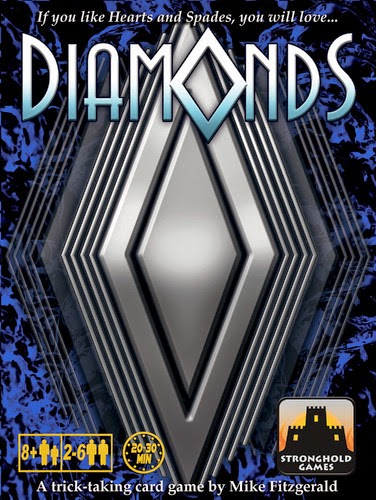 Not to be confused with Hearts, Spades, or even Clubs, Diamonds is a trick taking game where you are trying to collect as many acrylic diamond crystals as possible by taking and losing tricks. When you take a trick or are unable to follow suit, you'll take a suit action based on which suit of card you played. Move diamond crystals from the reserve to your showroom or secure vault. Its all in how you play your cards as you earn, steal and protect your diamonds in this card game like no other. 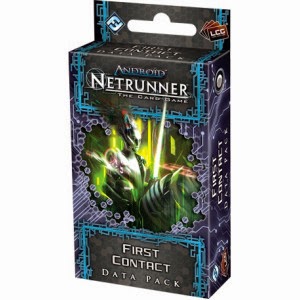 In the latest expansion for the popular Android: Netrunner, First Contact, you'll find new Mythic Ice, deadly traps and new regions on the moon. A code gate with a cost and strength equal to the size of your hand, an asset that will rez ice for free, and a brand new Anarch identity that can break barriers for free are all new things you can find on the moon colony in First Contact. 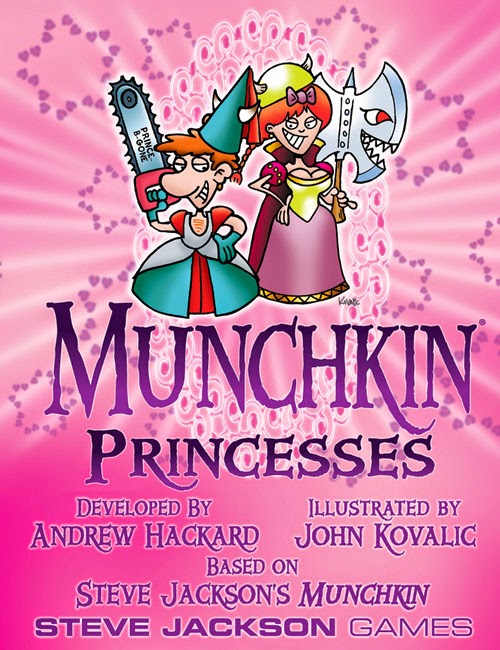 Think that members of the monarchy can't hack and slash like the rest of em? Prince Charmless might take issue with that! Add new wacky cards befitting equally wacky royalty and the fables you find them in with Munchkin: Princesses! Glass Sneakers, Genetically Modified Apples, and the Eighth Dwarf await you on your magical journey in the realm of Munchkin fairytale! 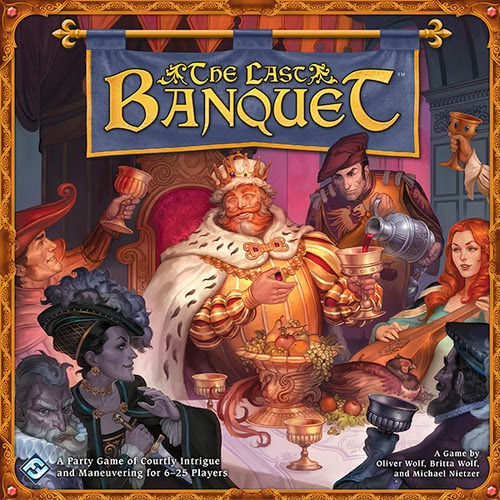 What could be more splendid than a magnificent feast filled with drink, music, art, nobility and murder? The banquet attendees are divided into two groups; those who wish to murder the king and....those who want to murder the king. Yes, everyone wants this monarch dead, but in order to win, yours must be the plot that cut short his life. Play with up to 25 banquet guests in tons of different scenarios where you're trying to advance your group's own nefarious agendas and not get caught by others. 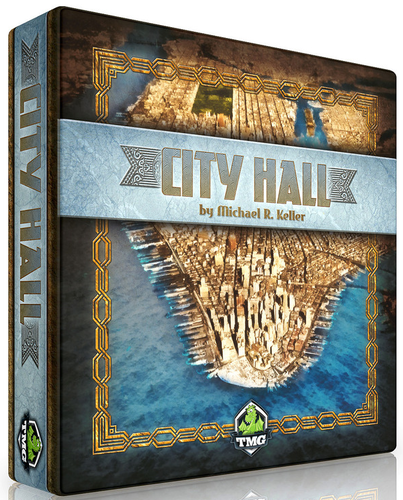 The city of New York needs a mayor and it might as well be you. Gerrymander, bribe and build to bring in new residents and bolster your approval rating in City Hall. You're not the only one with your eyes on the highest public office in this great city though, your political opponents will be exerting their influence to shut down your plans at every turn. By taking different offices such as Tax Assessor, Zoning Board and Surveyor, you'll be able to perform different actions and gain influence to manipulate the system. Sometimes relenting control of an office so that you have a later advantage is key in this game of planning and politics. 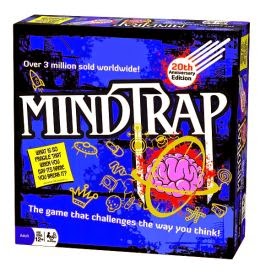 Think you're the brainiest in you group of friends? Play in teams or individuals as you take turns answering questions from different categories to earn points in MindTrap. What do you think a clue like 'Aged Aged Aged' would mean? Go on, take a guess.

Would you believe the answer is 'middle aged'? Filled with short murder mysteries, logic puzzles, and trick questions, you'll be scratching your head in this fun brain-bending puzzle game.

Have you ever seen a Rhinotatula? How about a Plataphantstrich? If you haven't, you've clearly never played a game of Creature Clash! Create wacky new animals by combining the head, body, and back of different animals and send them into the fray against other equally silly and ferocious creatures. Don't put all your eggs (does a cross between an ostrich and a koala even lay eggs?) in one basket though because you'll need to win five fights and if you use all the best parts early on, you'll only have weak parts later. Great for kids and adults alike, math, strategy and creativity are essential if you want to win in Creature Clash! 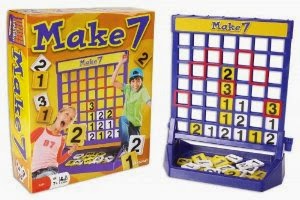 Make 7 is a quick, fun, Connect Four inspired game for two players trying to make a combination adding up to seven with their tiles. With strategic planning and math skills, you will have to try to prevent your opponent from reaching seven by blocking them off while trying to get seven yourself. A great game for strategic thinking and basic math, Make 7 is sure to be a hit! 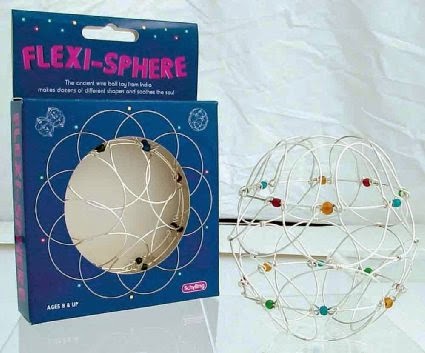 You won't be able to put down the seemingly simple Flexi-Sphere as it constantly reveals new shapes. This ornate wreath of silver wire and glass beads is a perfect toy for someone who likes to keep their hands occupied or as a fun and beautiful addition to an office desk.

This week we have the tile-sliding maze game, Labyrinth back in stock as well as the Reiner Knizia classic, Ra. If you're looking to navigate an ever-changing maze filled with magical creatures and treasures or get in a bidding war in ancient Egypt, we've got you covered! Also back in stock this week are some of our all time favorites. Build sets of colored fireworks without being able to look at your own hand in Hanabi or try your hand at balancing residential and industrial areas in Suburbia.


New demos added to our game library this week include: Suburbia, The Last Banquet, Diamonds

Posted by Labyrinth Games at 1:51 PM