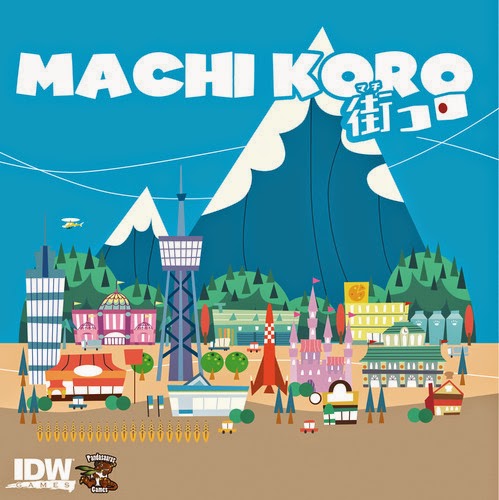 Machi Koro is a delightfully simple and elegant game that makes you mayor and head of development of an up-and-coming small town. You will build all sorts of establishments from cafes to radio towers and rake in the profits that come with them. Deciding how to build your town is key because each establishment will trigger its effect based on a die roll leading to some very interesting avenues of play. Will you diversify your town so that you're getting something every turn, or are you loading up on the convenience store that only gives you money on a roll of 4? Players can also buy establishments that allow you to roll two dice, opening up new expensive and powerful establishments and changing the probability of certain numbers being rolled. A mix between Settlers of Catan and Dominion, this quick and easy game has a lot of strategy. 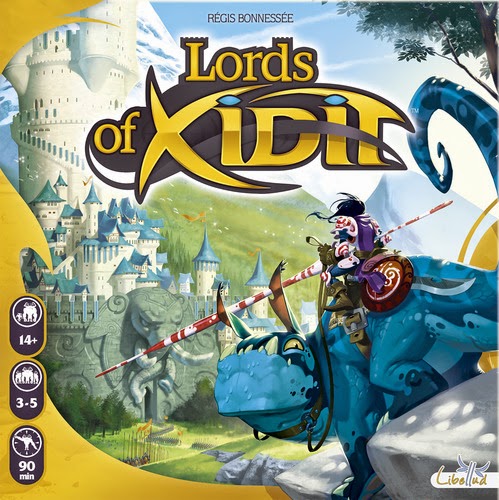 If you enjoy the strange fantasy world of Seasons, collecting valiant heroes to defeat monsters, and very cool game mechanics, then Lords of Xidit is for you. Players will have to decide their actions in secret and are bound to do them in order which leads to some great interactions such as waiting and causing another player to pick the wrong hero or moving to fight a monster that had already been slain. The mechanics for winning the game are also not what you might be used to. At the end of the game, players are eliminated based on whomever has the least of a certain resource such as gold, towers, or bards singing their songs. Tons of fun and with tons of room to think ahead and double guess, Lords of Xidit might be the lighthearted questing game you've been looking for. 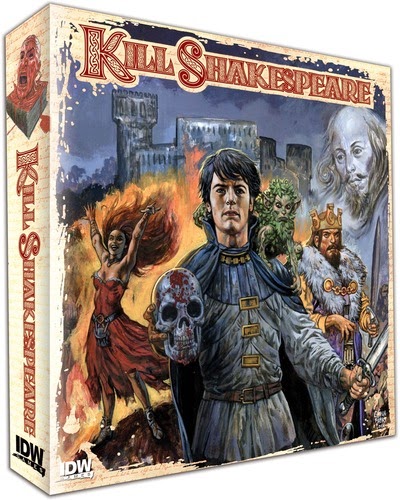 Kill Shakespeare is a cooperative board game where players will fight against Richard III and Lady Macbeth while completing quests. Players will journey around the map to famous locales from various plays, like the Forest of Arden, Delphos and Avon, in a competition to protect the Bard from certain doom while edging out their competitors for glory. Absolutely oozing with Shakespearean flavor, this game combines area control with card drafting and resource management that will be a hit for any game-loving, Shakespeare enthusiast. There's an old saying that applies to me: you can't lose a game if you don't play the game...but you should definitely play this game.

In the world of monsters and those who hunt them, nobody knows who is who and those you thought to be allies might end up transforming into a terrible bloodthirsty beast. In Shadow Hunters, each player receives a role card which will tell them if they are a monster, a hunter, or even an innocent bystander along with their health and special power. Players will engage each other in battle in the forest when they move from one spooky area to the next and can gain an advantage through equipment and revealing themselves and their special power. Until this happens though, you'll have to deduce who is who by their actions...but it's not always clear. Very replayable and with so many identities you'll always find your way back into the bewitched forest of Shadow Hunters. 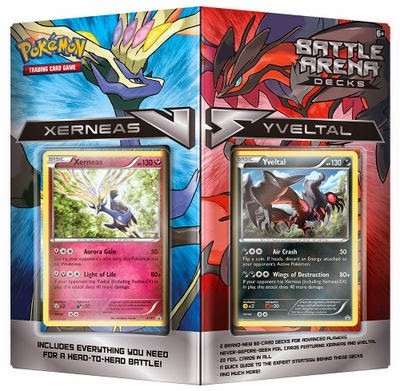 Can you handle the power of the legendary Pokémon in the new Pokémon Battle Arena Decks: Xerneas vs. Yveltal? This new product features two 60 card decks complete with playmats, coins, deckboxes and damage counters. These decks are a great way to get your hands on some really cool legendary Pokémon or be able to play straight out of the box.

Venusaur-EX, Blastoise-EX, and Charizard-EX tins are here as well. With a special EX Pokémon promotional card and four booster packs in each tin, it's a great way to expand your collection and a cool way to store your cards.


New demos added to our game library this week include: Evolution

Posted by Labyrinth Games at 8:04 PM