by Alexander "404: Blog Not Found" Smith 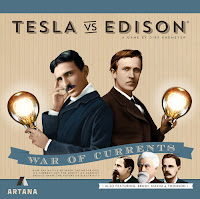 Tesla vs. Edison: War of the Currents is a game that follows legendary innovators in their struggle to spread electricity in the 1800's. Players will invest in direct current or alternating current, each with their own strengths and weaknesses. Research, patent and commercialize your technologies and showcase them to snag lucrative contracts to light up residential and commercial areas. Sell company shares, discredit your opponents and secure a brighter future in this game of speculation and economics.

Churchill is a complex political game of negotiations that follows Winston Churchill, Franklin D. Roosevelt and Josef Stalin through the historical conferences from 1943 until the end of World War II. Players will use staff cards to force changes in everything from production priorities to the use of the atomic bomb. Each side will have its own peculiarities in gameplay and have different goals they are trying to attain by the end of the way. If you love history and want to delve into intrigue of WWII allied negotiations, this game is one of the best out there.

Artifacts, Inc. is looking for new adventurers to comb ancient ruins for relics to display in museums. Players will send out their adventurers to different exotic locales, sell treasures for money, develop their company and reap the rewards of investing in their various museums. 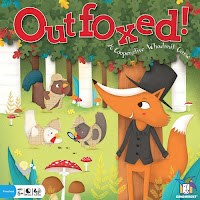 Outfoxed is a cooperative deduction game for young detectives. A pie-stealing fox is on the run, but you have to figure out who it was before you start pointing fingers. Each turn you will either  move around the board to gather clues or find new suspects. 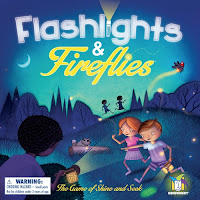 Flashlights & Fireflies is a game for kids where you'll try to hide from your friends as they search for you. Each round, you'll gather fireflies which you will then use to flip over one of the many tiles that could hide another player. Each round you stay hidden, you'll creep closer to the house, but if you're found you'll take more tiles to make your next attempt at hiding easier.

Use your imagination to tell guided stories about the dark knight and all of his foes with Batman Rory's Story Cubes! Roll the dice and tell a story incorporating the images shown on the faces. You can also mix this with other sets to create even more stories! Perfect for Batman fans who are looking to experience even more Bat-action! 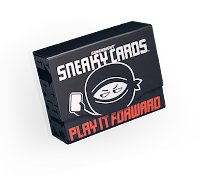 Sneaky Cards is a sort of reverse scavenger hunt meta game. Cards will have you doing everything from creating collaborative haiku poems to playing the world's biggest game of tag (no tag-backs.) Meet new people, broaden your horizons, and then pass on the fun! 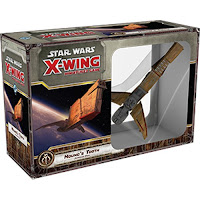 The Hound's Tooth, TIE Punisher, K-Wing and Kihraxz Fighter ships for Star Wars X-Wing are all here! Expand your forces with these new ships and upgrades to create new squadrons or bolster existing ships. 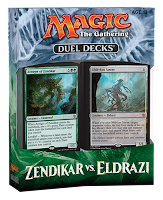 Play as the monstrous Eldrazi or the allies of Zendikar with the Eldrazi vs. Zendikar Duel Deck! With two equally matched, sixty card decks, you can play right out of the box. These duel decks also include some never before seen cards as well as some returning favorites. Join the fight to protect the plane of Zendikar...or to consume it. 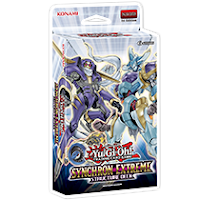 The Yu-Gi-Oh Synchron Extreme Structure Deck showcases the true power of the Synchrons and synchro summoning. Turn smaller monsters into fearsome foes and wipe away your opponent with powerful monster effects. This structure deck is powerful on its own, but can also be used as a skeleton for a deck of your own design!


Sushi Go! is back in stock this week, so if you haven't had the chance to check out this awesome drafting game, now's your chance! Also, we've received the 10th Anniversary version of Sleeping Queens. This version comes in a tin and includes new cards along with fun stickers of some of the characters.