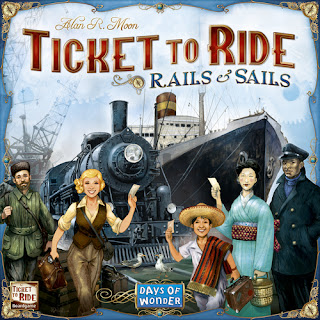 Ticket to Ride: Rails & Sails is a new version of Ticket to Ride, one of the best gateway games out there. In this version, not only will you connect cities via railroads, you will also cross oceans with ships. Choosing which cards to take is very important; if you skimp on ships you might find yourself unable to construct the harbors needed to connect cities on different continents. Like the original Ticket to Ride, this game plays 2-5 players and is quite easy to teach to new gamers. 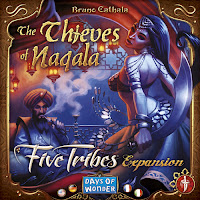 Five Tribes: Thieves of Naquala is an expansion that adds more cutthroat elements to your game of Five Tribes. In addition to the powerful djinn cards, there are now thieves that will steal resources from your opponents and let you pick one to keep. If you're looking for a way to make Five Tribes a bit more interactive, this is a great addition to the game. 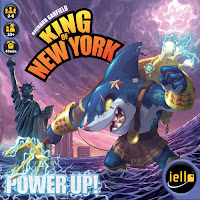 King of New York: Power Up! is an expansion that adds a new playable monster and gives each of the monster characters special skills to spice up your rampage in the Big Apple. Even better than that, this expansion also includes special power tiles that allow you to use King of Tokyo monsters in King of New York and vice-versa, which is a great bonus for players who own both games.

Mystic Vale: Vale of Magic is the new expansion for our favorite modular card drafting game. This expansion adds new cards to the game that care about when a vale or advancement card is purchased, opening up new avenues of strategy. If you've liked Mystic Vale as much as we have, this is a solid addition to the base game. 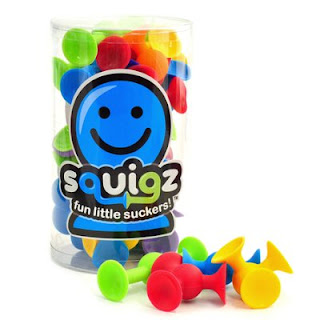 The counter and demo area of our new expansion is absolutely covered in Squigz and Mini Squigz. The suction cups on these technicolored rubber shapes stick to flat surfaces and each other. You can make all sorts of interesting structures with these guys, and we've already had some people use them to represent molecules! 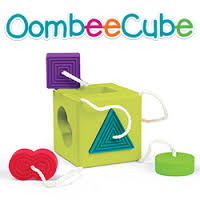 The OombeeCube is perhaps the best shape sorting cube we've ever seen. One of the biggest problems with learning toys like this is that pieces often go missing, but the OombeeCube never has this problem. The soft rubber shapes are tethered to the cube with string so that no shape ever goes astray!
Posted by Alexander at 10:13 PM