by Alexander "Still Stuck in a Twangle" Smith 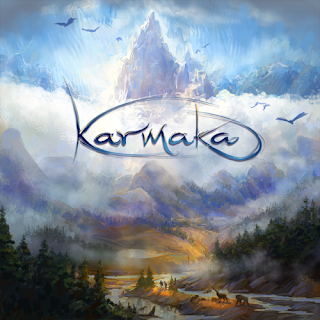 Karmaka is a card game for 2-4 players where your goal is to gain positive karma and ascend the ladder of reincarnation from a lowly dung beetle all the way to becoming a human. The cards you play might be stolen by opponents to use in their future life to use against you, so watch out! This has recently become our new favorite game, if you're interested definitely give Karmaka a try at one of our Thursday Boardgame Night. 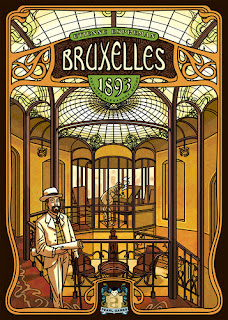 Bruxelles 1893 is a bidding and worker placement game for 2-5 players. Your goal is to become the greatest Art Nouveau architect by gathering supplies, swaying patrons, and completing buildings. The board is modular, so each game will have some actions that aren't available, leading to a diverse range of play experiences. 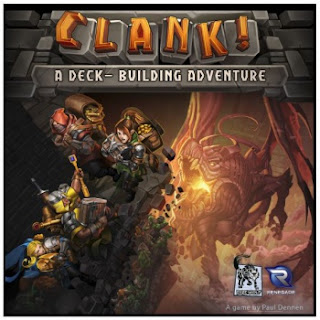 Clank! is a sneaky press your luck deckbuilding game where 2-4 players try to steal treasure from
a dragon's den. As you add new cards to your deck, your thieving prowess will grow...but if you try stealing too much, you might incur the wrath of the dragon! 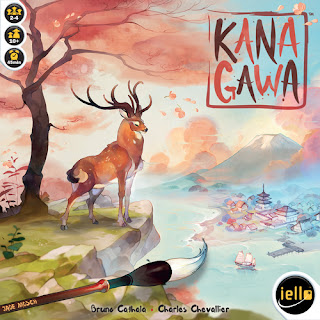 Kanagawa is a set collection game for 2-4 players by renown boardgame designer Bruno Cathala. In it, each player is trying to complete a painting taking into consideration both the focus and season of each section added. You'll have to be clever about which sections you take to use special abilities and which you add to your painting in this strategic game. 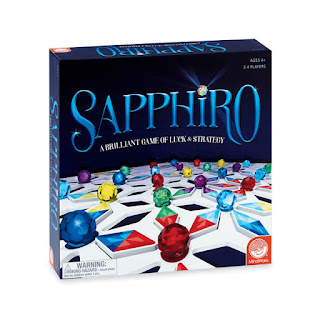 The base mechanics of Sapphiro are so simple, you'll wonder why nobody has thought to do it before, but you'll soon realize that there is more to it than the first impression. Players will take turns placing tiles between the colored gems that dot the board, matching the colors of the tile to the gem. When a gem is completely surrounded, the player who placed the tile takes it. A great abstract strategy game for gamers young and old. 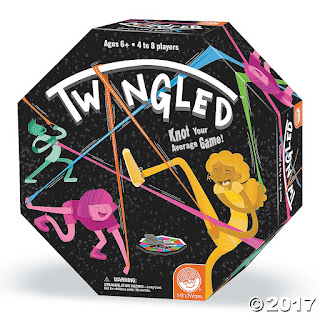 Twangled is a game similar to something you might have experienced at summer camp or in gym class. By kicking a spinner on the ground, players will receive instructions on how to tangle themselves between the elastic bands that connect up to eight players together. Once everyone is tangled, you must work together to get untangled! 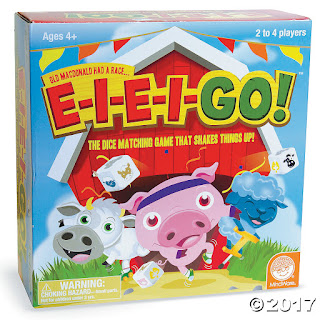 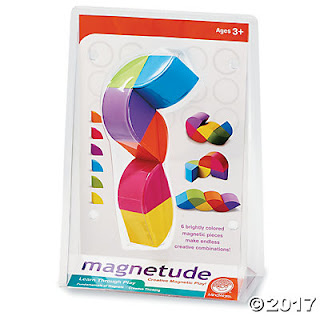 Magnetude is a new magnet toy for toddlers to play with. Keep hands and mind occupied these magnetic plastic blocks that form a variety of shapes. 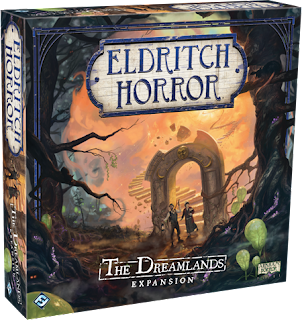 Eldritch Horror: The Dreamlands is the newest big box expansion for the Eldritch Horror boardgame. Eight new investigators, two new Ancient Ones, and a bevy of new spells, conditions, adventures and more await you in the Dreamlands! 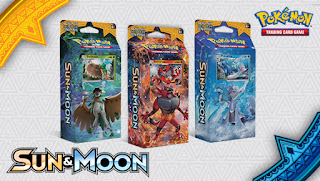 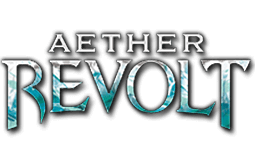 Aether Revolt, the newest Magic: the Gathering set is here! Side with the the Renegades as they take on Tezzeret and the oppressive Consulate in open rebellion. With booster packs, Bundles, and Planeswalker Decks, you too can start building new decks with these new cards. 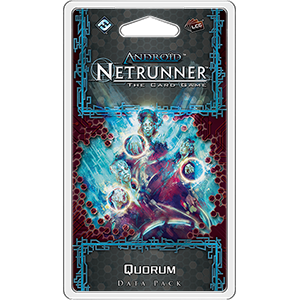 The corporations of Android: Netrunner have been given an ultimatum: bring peace to New Angeles or face the dissolution of the financially lucrative economic free-zone. In the latest datapack, Quorum, you'll be able to find new tools that will help corporations looking to overcome the chaos or help runners take advantage of the situation. 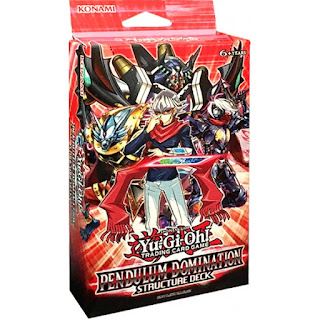 Yu-Gi-Oh! Pendulum Domination Structure Deck showcases Declan Akaba's most fearsome Pendulum Summoning monsters. With creatures such as D/D/D Chaos King Apocalypse and D/D/D Doom King Armageddon, you'll have access to some of the most powerful Pendulum monsters in a convenient ready to play deck.