Hey folks! It's Friday, which means it's time for our weekly roundup of restocks and new arrivals! Check it out: 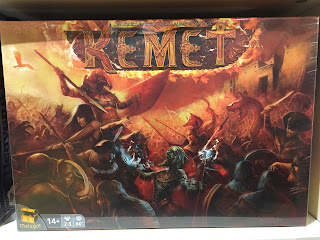 Take the form of the Gods of Egypt and lead your forces to eternal glory! A strategy game set in the ancient lands of Egypt, the players command their followers and compete for glory through military prowess, architectural wonders, and extravigant sacrifices.
13 Clues 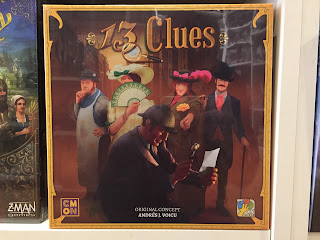 13 Clues is a competitive, hidden-information mystery game wherein the players take on the role of detectives vying to solve the case first. You can see your opponents' clues, but not your own! Peice together the common thread with logic and become the greatest detective in London. Elementary! 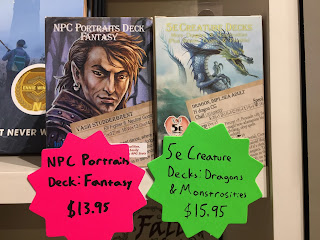 From the homliest bard to the fiercest dragon, these two portrait decks have something to help out any DM. They consist of full-art portrait cards of a wide variety of NPCs and monsters, each with is own complete statblock. You can use them as a whole, or simply as inspiration. A convenient pickup for anybody running a game.
Team Play 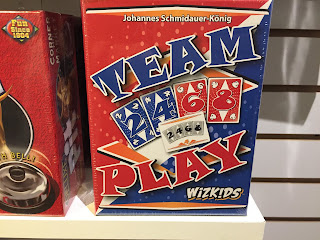 Team Play is back in stock, a card game based around (shocker!) teamwork. Players work in pairs, colluding with their partner to pass each other cards at the right times to fufill the goal cards at the center. A quick game of complex team-based strategy. 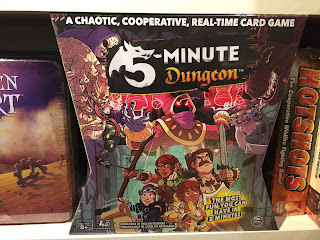 Chaotic, confidential and real-time, 5-Minute Dungeon is madcap fun for 2-5 players. Taking on the roles of one of 10 unique adventurers, each with their own suite of abilities, the players have 5 minutes to explore and escape a randomized dungeon. With no time to plan, quick thinking and clear communication are key! Can you escape the 5-Minute Dungeon? 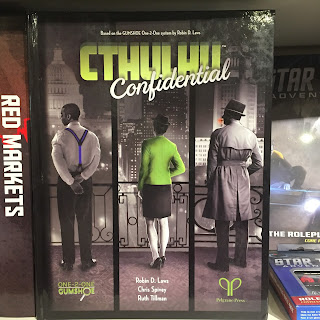 Tabletop RPGs are, traditionally, group affairs. However, sometimes scheduling makes get-togethers difficult, or sometimes you simply want a one-on-one game session. For those days, there's Cthulu Confidential, a One-2-One Gumshoe system of mystery and horror in the early 20th century. If you're yearning for a more personal RPG, look no further.

Game of Thrones LCG: Favor of the Old Gods 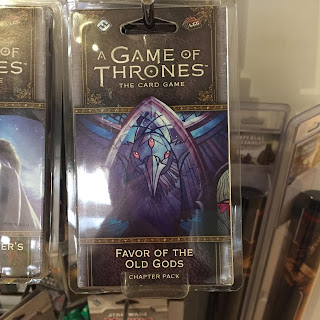 Faith and steel collide in Westeros with the new Favor of the Old Gods pack. Expanding on the battling faiths of Westeros, this set adds new R'hllor, Seven, and Old Gods related cards. Seize victory with the gods' blessing, or see your faith eradicated. 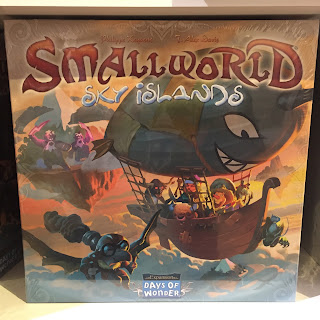 Smallworld is about to get a whole lot more crowded! Sky Island adds not only a new territory to conquer--the eponymous Sky Islands--but seven brand new races and powers! Sometimes, when things get this cramped, the only way to go is up.


A Feast for Odin Expansion Pack 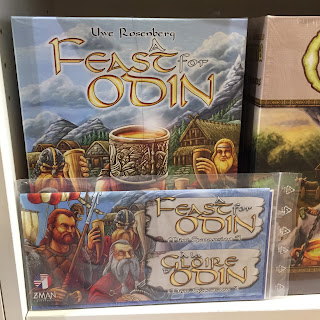 Sail farther than any Viking has before with this new expansion to A Feast for Odin. Explore the cold isles of Loften and Orkney, or sail to the very edge of the Earth--Tierra del Fuego! 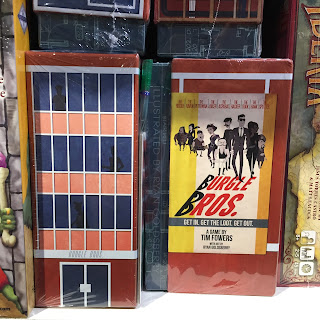 If you like a good heist movie, why not live the dream with Burgle Bros? A cooperative heist game, players each take on the role of a unique agent, each with their own specialized task, and must sneak through four floors of a highly secure facility to crack the safes and reach your getaway helicopter on the roof. A ton of fun! 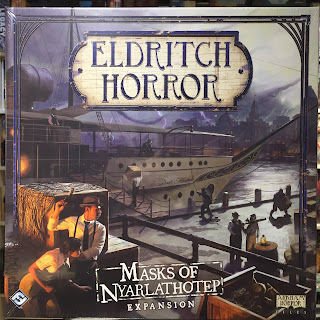 Across the world, dozens of unrelated cults and secret societies suddenly move in synchronicity. Ancient plots come to fruition. Nyarlathotep, in his thousand forms, is close to opening the Ultimate Gate and bringing unspeakable doom to Earth. Masks of Nyarlathotep adds both Personal Stories, which flesh out your investigators, and a Campaign Mode for long-term play.

Monster of the Week 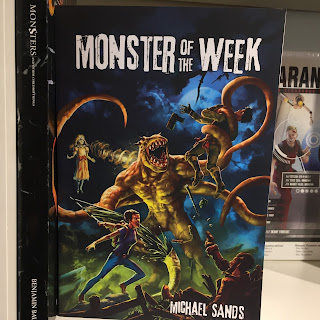 Sometimes when things go bump in the night, the only thing to do is square your shoulders and bump back twice as hard! Monster of the Week is a new RPG system made to simulate a monser-hunting party in the vein of Buffy the Vampire Slayer. Discover traces of a monster, research its weaknesses, and let the hunt begin.

A Tale of Pirates 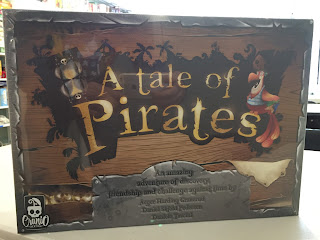 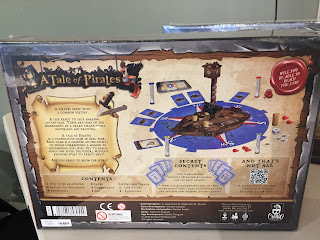 An exciting new game with a board so cool we had to post a picture of the back, too! Pirates is a real-time cooperative game with a 3-D board. The players are pirates, working together to become the most feared ship on the seas. Each time one takes an action, they must place their sand timer on the slot and leave it there for the full 30 seconds! Balance your crew and seize infamy! 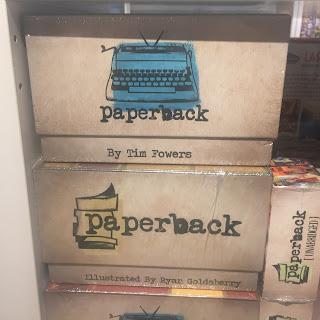 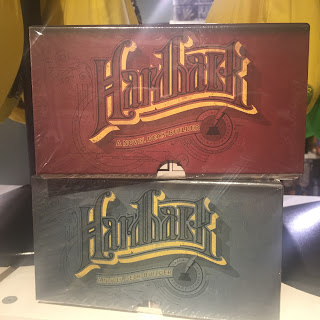 Paperback is a deck-building book game where you, a struggling author, must string words together and write your masterpiece. Think Scrabble meets Dominion. A blast for any literary groups! And for those looking for a more advanced, strategic game in the same theme, Hardback adds whole new elements of play, with special power letters and more!

That's all from us for this week! Check back in next week for more updates!

Posted by Labyrinth Games at 2:50 PM