What's New at Labyrinth: 7/27/18
The Used Game Sale is upon us! While you're passing through for that, don't forget to look at some of our new stuff too: 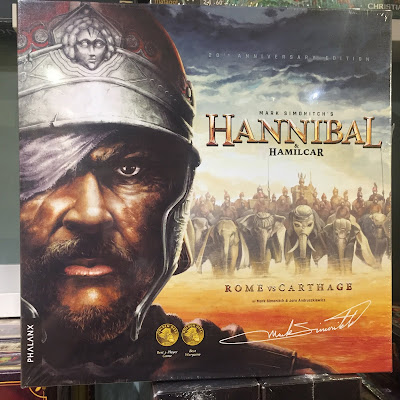 Hannibal & Hamilcar is the 20th-anniversary edition of the classic game, Hannibal: Rome vs Carthage. Set in the era of the Punic Wars, this is a two-player game where cards represent different events. Assume the role of Rome or Carthage and vie for dominance in the Mediterranean; muster armies, subvert enemies, and cross the Alps with elephants. 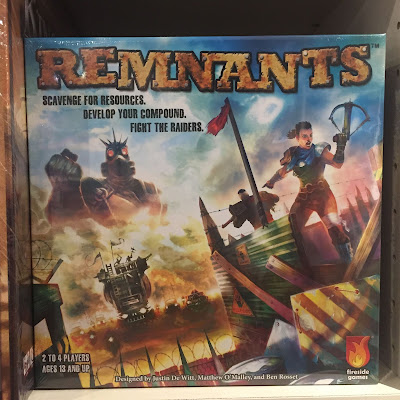 The old world has crumbled. Now, all that remains of civilization are small, fortified compounds in the wilderness, constantly struggling for survival in a land of scarce resources and vicious raiders. Each player controls a compound, and must fortify their holdings, supply their people, and fight off the savage pirates of the wastes. Players act simultaneously, constructing their bases on odd-numbered turns and preparing for the threats that arise on even turns. Card-driven, strategic, and flavorful, Remnants is a game for any fan of base-building or Mad Max.

Legend of the Five Rings: All and Nothing 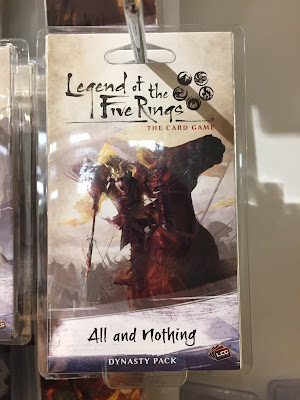 All and Nothing is the fifth Dynasty Pack in the Elements cycle, embodying the omnipresent element of the Void. From this void was born all of creation; to it all shall return. Knowing this balance, the wise sages of Rokugan must walk a narrow path to respect and control the void lest it consume them. With new, mighty cards for the Great Clans to wield, you too must walk this line. 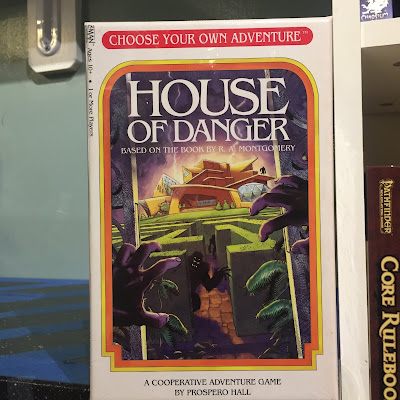 For those of you who enjoyed Choose Your Own Adventure books, or have a taste for madcap, cooperative gameplay, House of Danger is a hilarious new game that can be played solo or with a team. Inhabiting the shoes of a psychic detective in a terrifying and treacherous mansion, players must make their way through the 6 chapters of the story (each designed as a separate game session) to reach the final act. With plenty of branching paths and alternate endings, the game has good replay value, too!

Near and Far: Amber Mines 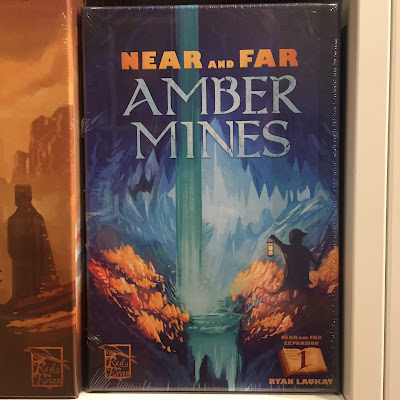 The first expansion for Near and Far, Amber Mines adds 4 individual modules that can be included to customize your game to your tastes. The eponymous Amber Mines are both an upgrade to the Mine space and a deck of locations to be explored. It also adds the Mystic's Hut, a source of powerful Spells, as well as a new General Store and 13 brand-new threat cards. A dramatic addition for any fan of Near and Far. 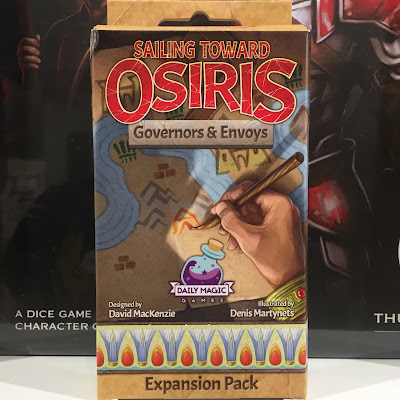 Another exciting expansion, Governors & Envoys expands upon the recent release Sailing Toward Osiris with 4 modules that can be added individually or as a group. Governor cards grant players unique powers to customize their play; objective cards reward specific configurations of monuments with points; the Boon of Ra allows a player to temporarily change their Build action; and the Envoy cards allow for strategic reservations. If you want to upgrade one of the best new games of the year, look no farther! 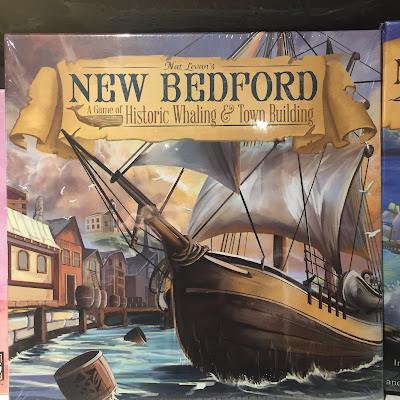 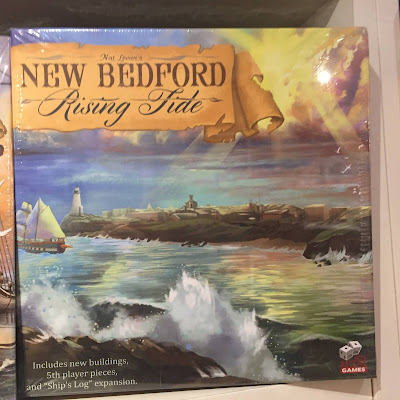 Back in stock after months away is New Bedford, the game of whaling and town management! Alongside it is the expansion Rising Tide, adding supplies for a 5th player, new buildings, and a "Ship's Log" system that brings tales from the high seas! Don't miss this modern classic! 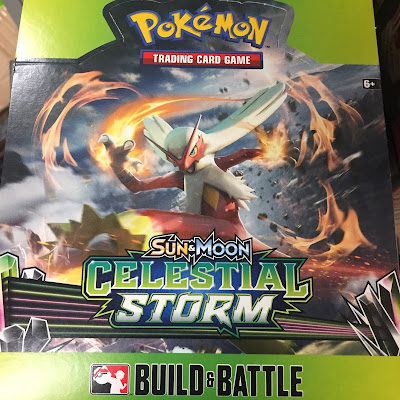 The brand-new Celestial Storm block for Pokemon TCG is out! We've got new boosters, packs, boxes, new GX and EX card, and of course, tons of new events! Kid's Clubs, Deck Construction, Pokemon league, and the new Sealed League all start this upcoming month for Celestial Storm! For new players looking to get into the game, or old players wanting a shakeup, Sealed League is the perfect format, with low-investment and tons of fun. Details and signup here.

And that's what we've gotten this past week. Come by this weekend for the Used Game Sale! Saturday's the auction and Sunday is the rummage sale. The regular store is open too!


Posted by Labyrinth Games at 9:57 AM