What's New at Labyrinth: 7/6/18
Happy belated Independence Day, everyone! Now that the festivities have died down, come swing by Labyrinth to see all the cool new stuff we've gotten! 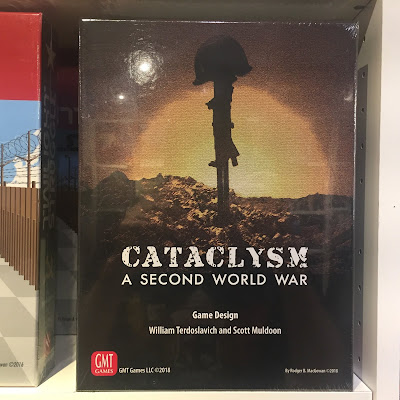 Cataclysm is the latest offering from legendary studio GMT Games, and it's shaking the World War 2 Wargame genre at its roots. Starting off well before the war, Cataclysm is a true grand strategy game that requires its players to manage domestic politics, logistics, and supply in a sandbox game where anything can happen. Will history repeat itself? Or will you carve a new path? 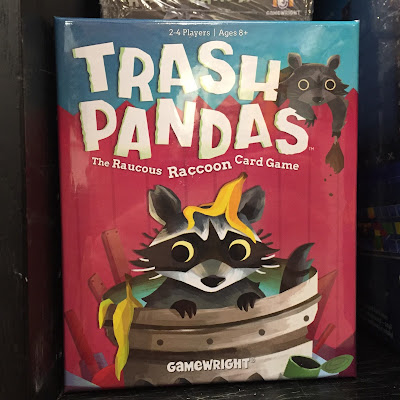 Trash Pandas  is a game of card management and dice that sees players take on the role of everyone's favorite garbage bandits, raccoons! Roll your dice to dig through garbage and claim valuable prizes, but push your luck too far and you'll get busted! Perfect for gamers of all ages. 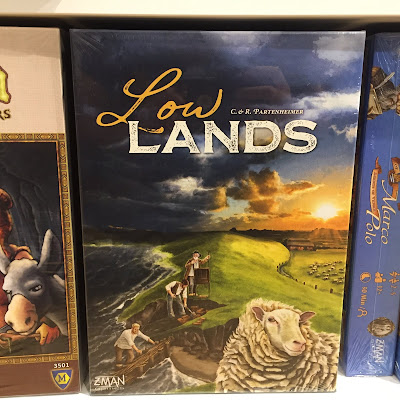 Lowlands is a strategy game where players compete for wealth by developing their farm, but must also cooperate to build up the communal dikes that keep out the hungry seas. Maintaining this balance is the core of the game--will you serve honorably and protect your community, or will you bilk the system to enrich yourself while risking everyone around you? 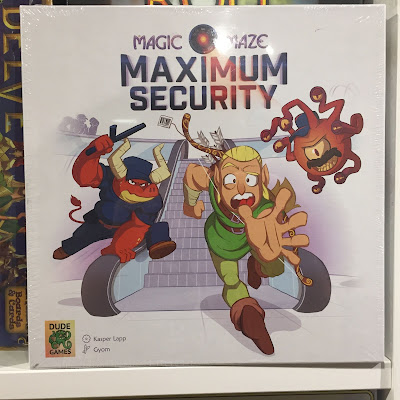 The Magical Mall is fed up with the constant stream of ne'er-do-well adventurers lifting their goods, and they've stepped up security! This expansion for staff-favorite Magic Maze adds 14 modules to complicate your game, either adding new powers to make the game easier or new foes to obstruct you. Each one comes with a tutorial scenario to teach you how to integrate the module into the full game. Steal boldly! 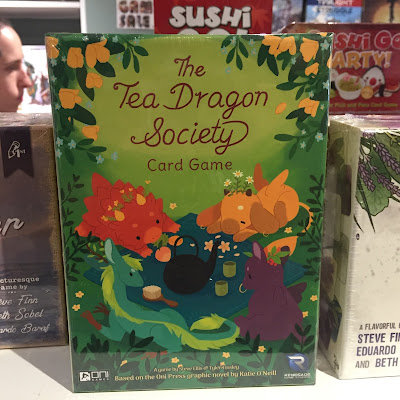 The Tea Dragon Society is a painfully cute deck-building game of love and trust. Based on the award-winning graphic novel of the same name, players build and play decks centered around their relationships with the eponymous Tea Dragons. With beautiful art and solid mechanics, this game is a joy to play. 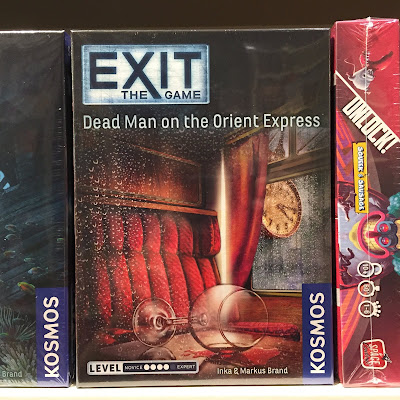 The Exit series takes us to a classic scenario: On a luxurious train car, someone has been murdered! Dodge danger and solve puzzles to get out alive. As with all the Exit games, these are single-use puzzle boxes, as the components are consumed as you play, but that one use is a ton of fun! 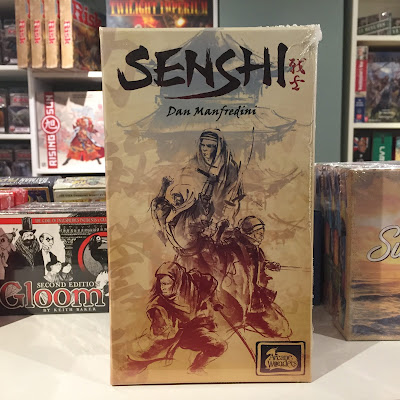 Senshi is a game of balance and careful strategy. As monks competing to be named the next leader of their temple, players must master 4 mental and physical traits by moving tiles from one pile to another. Victory goes to the one with the tallest pile in any stat; however, having the shortest pile in another stat disqualifies you! Achieve balance to win. 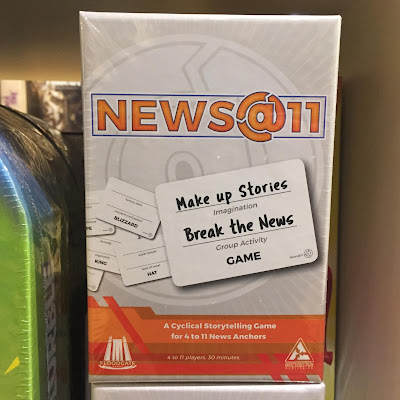 For fans of improvisational hilarity, News@11 is a must play. Each player is a news anchor in a world gone weird. Players must improvise news segments from subject cards drawn, with the subject returning and growing wilder over three rounds of play. Great for parties! 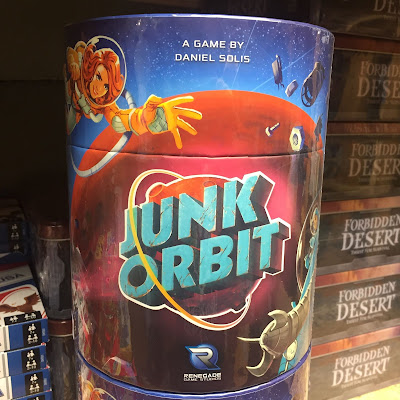 Trash collection for fun and profit...in space! Junk Orbit is a game of orbital physics where players work as salvagers, picking up trash from orbital cities and selling it to other cities who have use for it. To move, you fire some junk out the hatch and move the other way! Tagging a city with your thrown junk gets you cash, too, so plan your moves carefully and sell your way to victory. 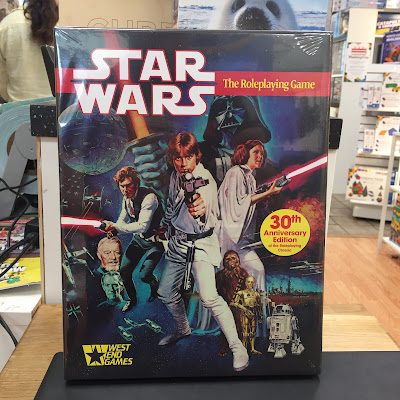 Star Wars: The Roleplaying Game is turning thirty, and with that comes this absolutely gorgeous Anniversary Edition! With beautiful slipcovers and wonderful quality, this package is perfect for old-school collectors and new players to get into this classic alike!

Game of Thrones LCG: The March on Winterfell 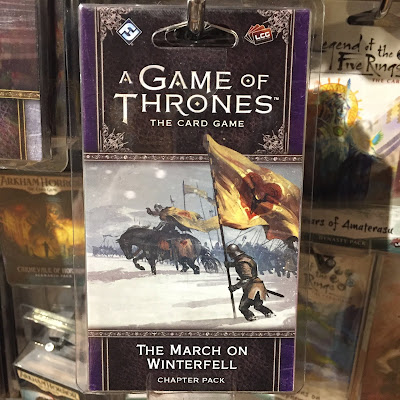 The plots of Westeros continue to unfold in the second chapter pack in the Shadows cycle. With new players such as the Queen of Thorns entering the field, subterfuge, trickery, and sheer underhanded methods are more powerful than ever. After all, when treating with liars, even an honest man must lie. 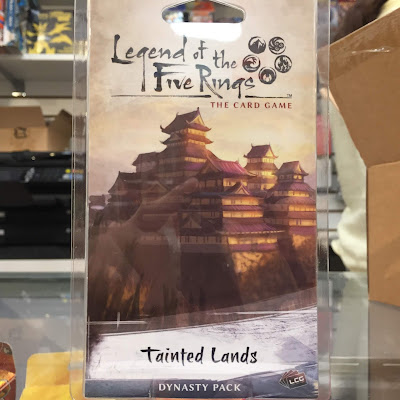 The Crab Clan takes center stage in Tainted Lands, the second Dynasty Pack in the Elements cycle. The Crab are Rokugan's mighty shield, manning the wall against the beasts of the Shadowlands with the obdurate might of Earth. But their sacrifices go unappreciated, and unsupported. The power of dark magic is tempting; what price honor in the face of victory? The choice is yours remain honorable, or embrace power at any price. 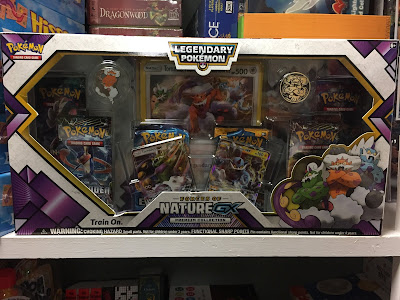 The forces of nature arise in this new Pokemon box set! Dedicated to the mighty Cloud Trio, this box contains the never-before-seen Thunderus and Tornadus GX, and an oversize foil card featuring them alongside Landorus! An exciting addition to any collection! 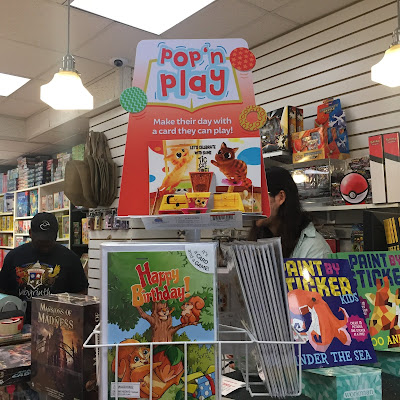 Finally, we've gotten in a set of these adorable Pop'n'Play cards. Not only are these cards cute, but each one unfolds into a pop-out game you can play! What better way to deliver well-wishes with style?

That's all for this week. Check in next week for another edition of What's New at Labyrinth!

Posted by Labyrinth Games at 8:25 PM