What's New at Labyrinth: 10/12/18
Hello again, everyone. Are you all enjoying our second summer in October? We've gotten in some interesting new picks, so while you're working on the Puzzle Hunt, take a peek at these: 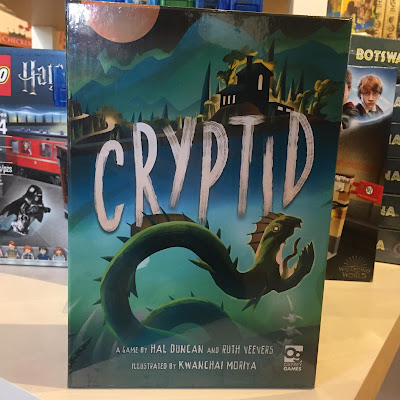 Cryptid is a game of deception and subterfuge in the field of crypto-zoology, where players hunt for the scientific glory of discovering legendary species like Bigfoot. Each player holds a few precious clues to the location of your quarry, obtained after long years of study. No one has enough information to find it alone, so cooperation is necessary. Share too much, though, and you'll find yourself crowded out on the historical record! Balance competition with cooperation and come out ahead in Cryptid. 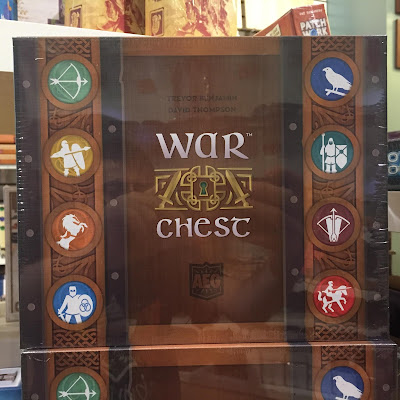 War Chest is a brand-new strategy game of unit drafting and considered movement. Played either 1-on-1 or 2-on-2, players will compete for critical strong points on the board. At the start of the game, each player draws 3 card corresponding to different units--these will form your army. Players will draft three of these units from a bag each round, forcing you to adapt your strategy to circumstance. Claim 5 strongholds to win. Petrichor is a game of cruel cloud competition. In the world of Petrichor, a cloud's status is tied to how many crops it has watered to harvest. To become the preeminent cloud, it takes careful strategy and politics! Each round, players will vote on weather events, growing small clouds into thunderheads, dropping rain, and many more options. As the turns roll by, crops will grow and then get harvested, granting points to the majority shareholder in that field. Guard your holdings carefully and read the room--winning votes also grants victory points! A simple premise creates a detailed, dynamic game of strategy that shouldn't be missed. 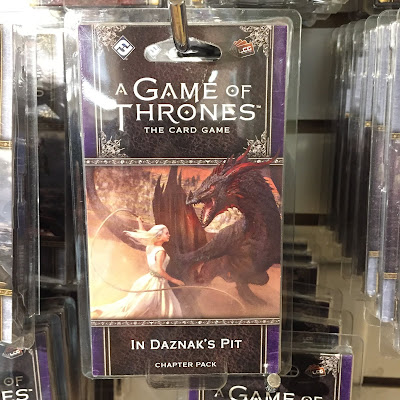 Fire and shadow dance a deadly waltz In Daznak's Pit. The fifth Chapter Pack in the Shadows cycle, the deadly plots in both Westeros and Essos begin to reach their grim climaxes. The Shadow keyword continues to feature prominently, allowing you to lay cards face-down, setting plots and plans to cripple your opponent when the time is right. But, when subtlety and shadows fail, raw power prevails. Drogon, the largest of the reborn dragons, returns to the game for the first time since Core, and he is a hatchling no longer. With six strength and a brutal ability that allows him to kill your opponent's heroes, it doesn't pay to trifle with dragons. 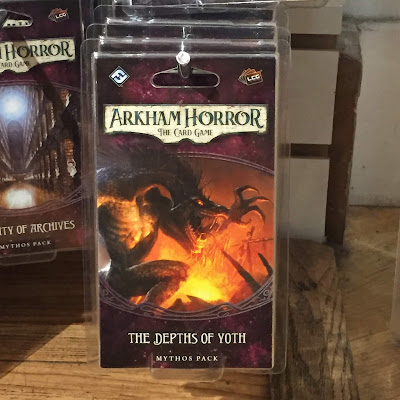 You have arrived at the roof of Hell. Throughout the Forgotten Age cycle, you have sought to set right the terrible wrongs you unwittingly committed when you unearthed an ancient Aztec city, forgotten to time. To save the world from the madness you let loose, you entered the caverns beneath the earth, and now descend, ever-downward, each new gallery and pit a new layer of antiquity, and infested with beasts and foes. Welcome...to The Depths of Yoth.


Legend of the Five Rings Roleplaying 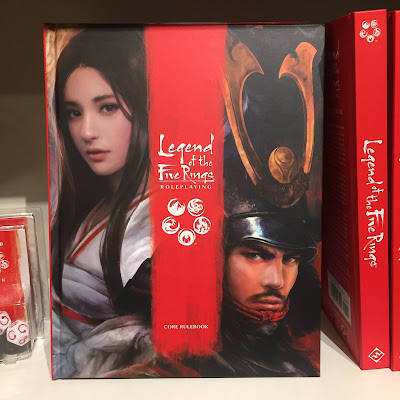 You've visited Rokugan with a commander's view in the Legend of the Five Rings LCG. Now, experience it yourself in the Legend of the Five Rings Roleplaying Game. A classic from the 90s, Fantasy Flight has resurrected L5R Roleplay with a modified version of their Genesys Roleplaying System, inheriting elements of the classic game and blending them seamlessly with the new, streamlined mechanics. Whether you're a LCG player looking to get deeper into your favorite setting, or an RPG enthusiast new to Rokugan, this book is an excellent pickup. 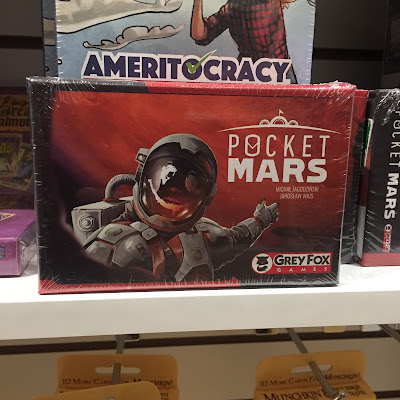 If you crave a game of dynamism and strategy, but also don't feel like spending 4 hours to learn and play it, Pocket Mars is for you. A card game where players compete to settle the most colonists on Mars, the game consists of a few relatively simple actions that produce a plethora of possibilities. For high-quality gameplay at pocket speeds, look no further than Pocket Mars. 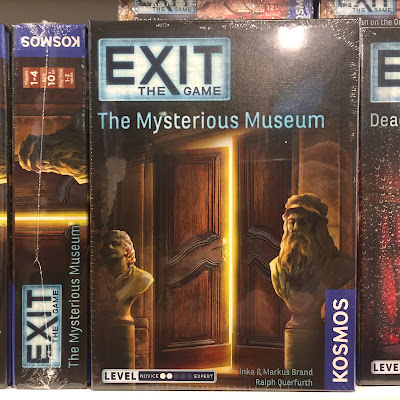 Exit: The Mysterious Museum is the latest entry in the wildly popular Exit series. While exploring a museum gallery in Florence, you idly wander away from your tour group, only to find yourself trapped in a mysterious labyrinth of exhibitions and puzzles. Can you escape this bizarre trap, or will you wander the museum forever? Exit games are single-use escape room puzzles, where the players need to use every piece of the game to figure their way out. Expect to need to tear out pages, poke holes in cards, cut up the box, and more if you want to win! A wonderful evening activity for yourself, or a whole party. 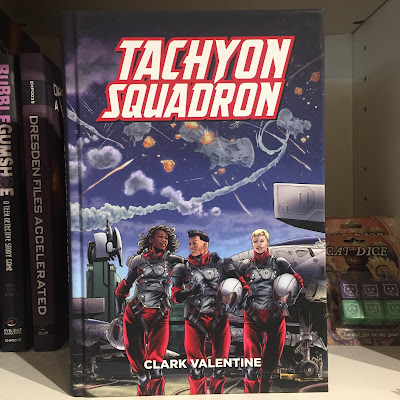 In the tiny star system of Draconis, disaster looms. The mighty Dominion of Unity is encroaching and demands submission everyone in its path. Piracy and anarchy chokes the shipping lanes, crippling attempts to organize a coherent resistance. The system needs heroes in this time of need. Enter... the TACHYON SQUADRON. An elite volunteer force of crack pilots and daredevels, Tachyon Squadron will take up the fight of freedom and resistance, bringing hope to the hopeless and fear to the fearful. Tachyon Squadron is a setting for Fate Core, taking the system's dramatic flair and specializing it for starship dogfights. If you wanna be a wise-cracking space ace, look no further than Tachyon Squadron. 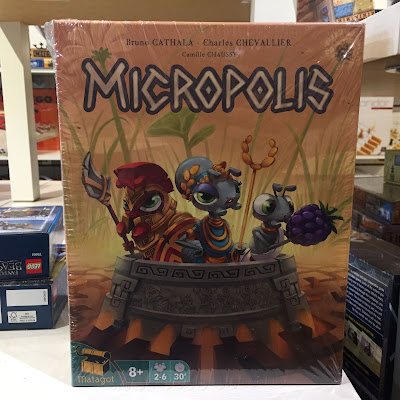 In Micropolis, the small inherit the Earth--then fight over it! Each player controls a colony of ants competing for resources and building their anthills. Each turn, players draft new tiles to add to their hill, each with unique abilities and powers. With a wide array of options, many different playstyles are possible. Will you focus on Queens and Architects and construct a glorious anthill, or Nannies and Soldiers, overwhelming your foes with your army? The choice is yours in Micropolis.

And that's all from this week. Tune in next week for more What's New at Labyrinth!

Posted by Labyrinth Games at 11:16 AM