What's New at Labyrinth: 10/20/18
The Puzzle Hunt has come to its glorious conclusion, but don't despair: New items keep rolling in! Check it out!
Orbis 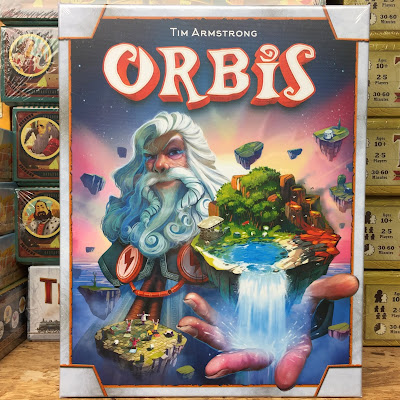 Orbis is a brand new game of divine construction and competition. Taking on the roles of gods in a ethereal void, the players must secure their spot at the top of the pantheon by competing for  worshipers. What do these worshipers demand? Land! Draft tiles and use them to assemble beautiful new homes to house your faithful. A crafty and strategic player will be able to declare themself the Head Honcho of Heaven. 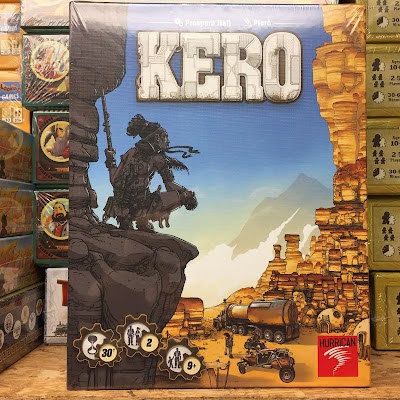 Kero is a fascinating new game for 2, set in the desolate future of 2471. Kerosene (the titular "Kero") is more valuable than gold, and is used to fuel your convoys as you rove the wastes in search of supplies. Kero is a self-limited real-time game: Each round, you can spend your precious fuel in order to roll dice. You may re-roll any number of times as long as the timer is running, but beware: Run yourself out of gas and you'll face ruin! Only one clan can be proclaimed the Baddest Of Them All. 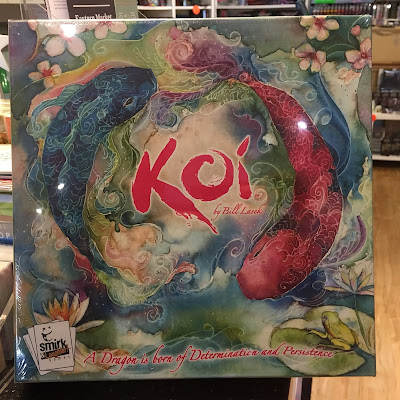 Koi is a game of considered movement and decoration. You play as the titular fish, gracefully swimming through your pond, competing for the delicious morsels that float around. Each turn, players place cards dictating how they will move, and then add features to the pond. Lilypads will attract delicious dragonflies, decorative stones will block a rival's path, and cherry blossoms will send out ripples and scatter prey--ideally, towards you! As the pond matures, your growth will depend on your speed and wisdom. Don't go hungry! 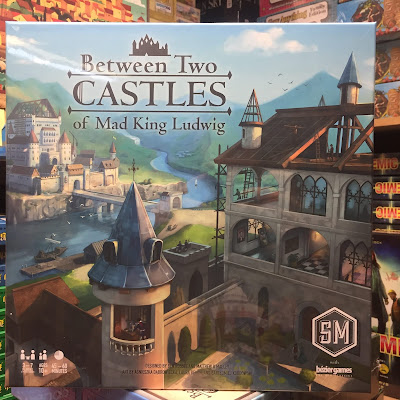 Between Two Castles of Mad King Ludwig is a hilarious, fascinating mash-up between two excellent games. With the intricate tile-laying architecture of Castles of Mad King Ludwig married to the cooperative competition  of Between Two Cities, the result is something you have to see to believe. Players will draft tiles containing rooms and features, each with their own effects and scoring rules, and then use them to build two castles, one in cooperation with the player to the right and one in cooperation with the player to your left. Your final score will be the lower of the two cities, so balance is key! 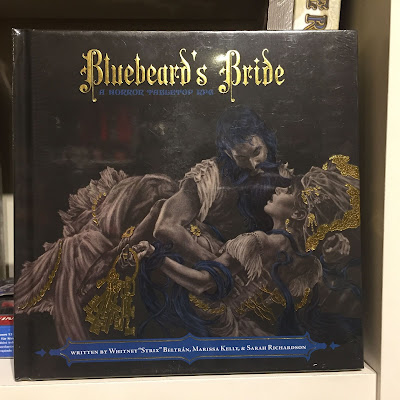 Bluebeard's Bride is a horror RPG of dark beauty and exploration. It's set within the grim, familiar story of Bluebeard: A beautiful young woman marries a powerful, ugly man, and goes off to live with him in his house. When she disobeys him to investigate a locked chamber, she finds the bodies of his previous wives. Bluebeard's Wives, which uses the narrative Powered by the Apocalypse system, has players assume aspects of this young bride's psyche as they explore and define the twisted halls of the manor. What fate awaits her, on the far side of the final door? It's for you to find out. 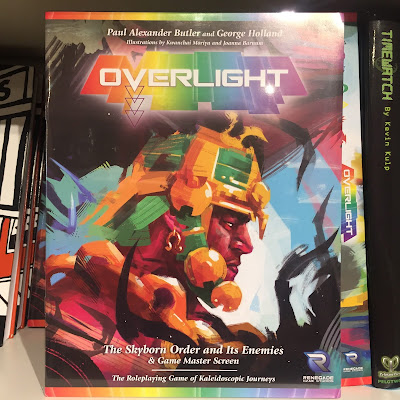 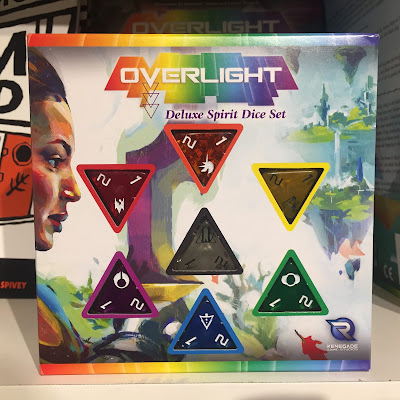 The brand-new kaleidoscope fantasy RPG, Overlight, continues its roll-out with two new items. The Skyborn Order and Its Enemies is a setting sourcebook, providing new allies and enemies for players to deal with, and the Deluxe Spirit Dice Set includes seven oversize, translucent four-sided-dice. Each of them come in a color of the Overlight's spectrum, with a symbol representing the associated Virtue. A colorful way to enhance your new game! 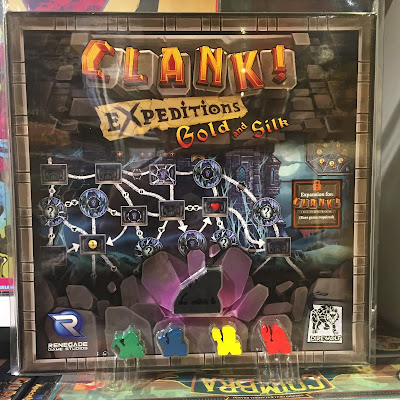 If your appetite for risk and wealth (and deck-building games) is truly bottomless, then Clank! Gold and Silk is not one to miss. A double-sided expansion for Clank!, Gold and Silk adds two brand-new dungeons to delve into and escape. Brave the monster-infested Dwarven Mine for unclaimed gold, or plunder the silken wealth of the Spider Queen. Excellent for fans of  Clank!. 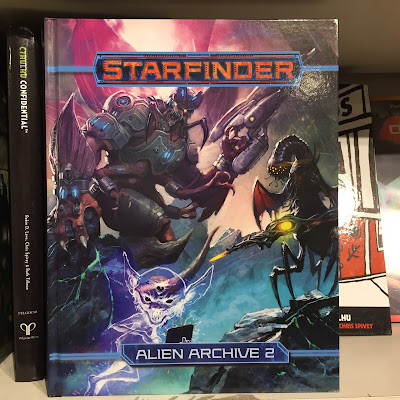 Everyone knows that the monster manuals are the best books when it comes to RPGs. Rules are all very well and good, but the real fun is looking at all the horrible beasties you've got to fight. Starfinder understands this, and has given us Alien Archive 2, chock-full of weird, terrifying, and wonderful monsters to meet and kill in the high-fantasy future of Starfinder. From data-eating vermin to ship-eating void worms, there's something in here for any kind of adventure. 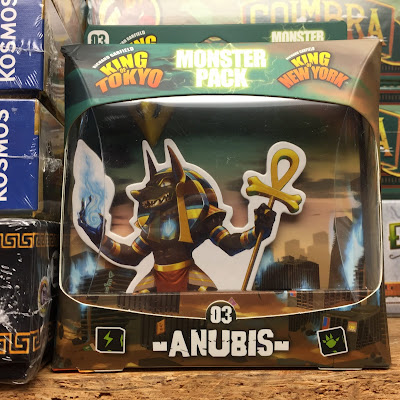 In their titanic brawls over the city, the monsters of King of Tokyo and King of New York have blundered through a museum, smashing a sarcophagus and incurring the wrath of Anubis, God of the Dead! This expansion to both games adds Anubis as a monster and allows him to sling curses as he battles. It also adds the new Fate die, which will add a spooky new element to your rolls and can be used with or without Anubis himself. 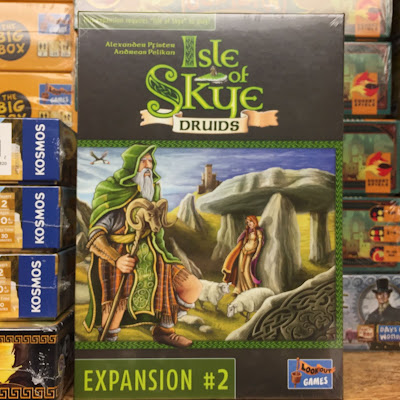 To be a successful ruler, strength and cunning alone are not enough. You must gain the approval of the wise among your people in order to flourish. Isle of Skye: Druids expands the base game with a new "Dolmen" board of lands which grant mystic powers to those that claim them. Earn the allegiance of the Druids, and your victory is assured. 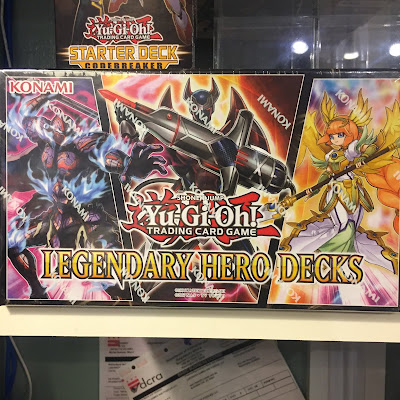 Finally, we have our new set of Yu-Gi-Oh!: the Legendary Hero Deck box. Containing 3 playable decks, each containing powerful Aesir monsters. These decks are an excellent way for new players to get into the game or for veterans to enhance their collection.

And that's all for this week. Tune in next week for more What's New at Labyrinth!

Posted by Labyrinth Games at 8:43 PM