What's New at Labyrinth: 10/27/18
Halloween is almost here! Celebrate the spooky nights and check out some of our new arrivals: 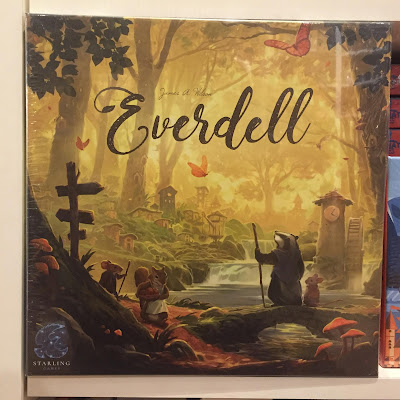 Everdell is a beautiful game of city building and prosperity. In the lovely valley of Everdell a thriving civilization of woodland creatures has decided that it's time to expand. Each player heads up a construction crew, building their cities and competing to see who can make the grandest home before the snow falls. Players start with limited resources and workers, slowly but surely ramping up the complexity as they develop. With beautiful art, elegant pieces, and a 3D tree that's assembled as the game goes on, Everdell is a game you just can't miss! 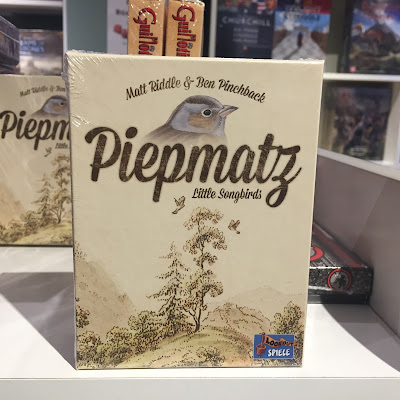 Continuing the theme of "games with breathtaking art", Piepmatz is a game of set collection and songbirds. The game centers around several "perches" where players can play their bird cards. Each bird has a unique ability that will interact with the other birds of their perch, producing seeds worth points. At the end of the game, players score based on seeds, mated pairs of birds, and species majorities. If you're looking for a medium-weight card game, Piepmatz is a great choice.

Legend of the Five Rings: Underhand of the Emperor 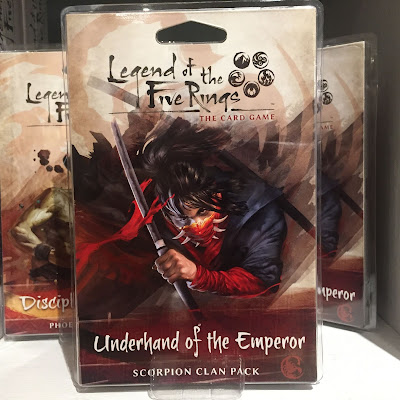 The Scorpion are unlike any other Great Clan of Rokugan. Where the other Clans fight for glory, valuing their honor above their very lives, the Scorpion gladly discards honor for victory. Theirs is the realm of shadows and stealth, poisons and blackmail. Yet they still serve the Emperor. If the mighty Lion stands as the Emperor's Right Hand, and the shrewd Crane his Left, then the Scorpion, dishonorable as they may be, are his indispensable Underhand, serving his interests in the shadows. The Underhand of the Emperor Clan Pack brings the clever Scorpion into the limelight, forcing players of every Clan to either master intrigue, or be undone by sinister whispers. 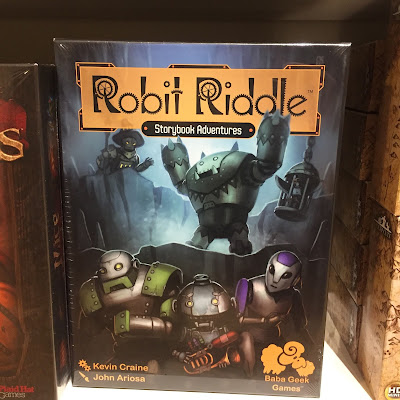 Robit Riddle is a storybook game where the players set their course through a whimsical adventure in a mechanical world. Playing as robots, you navigate the dangerous junkyard wilds in search of your lost pets, the Robits. Each chapter in the book brings new challenges that players must solve as a group either with stealth, force, or unorthodox thinking. Success and failure both advance the story! Each new playthrough may uncover new paths and (if you master the game's mechanics) higher scores. A wonderful family game! 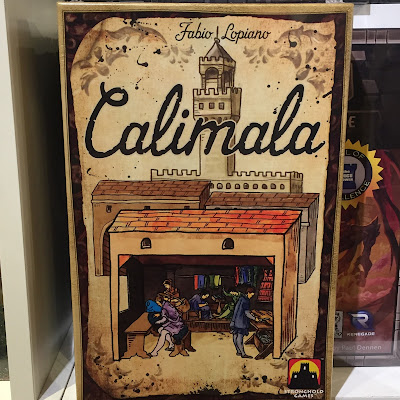 Calimala is an economic game set in Florence during the Late Middle Ages. Players, as members of the linen-making Calimala guild, compete to produce and deliver beautiful cloth to various building projects throughout the city. Manage your workers efficiently as variable scoring conditions keep the competition fresh across games and hidden objectives keep players guessing. Complete the most prestigious projects and bolster your influence with the City Council to win! 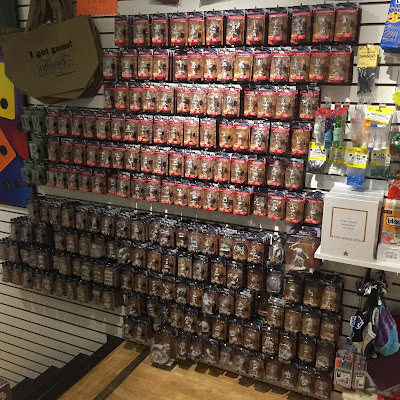 Over in our RPG section, the wall of minis has exploded with more than 44 new models! From the tiny gnomes to the mighty T-Rex, we've got new miniatures for every party imaginable. Stock up on spooky skeletons, horrible hags, and gruesome ghouls in time for your Halloween adventure. 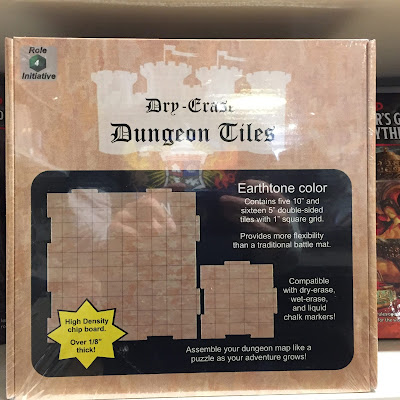 We've also gotten in new jigsaw dry-erase Dungeon Tiles, now in earth tones for a classic parchment look. These boards feature a one-inch movement grid and snap together to easily reveal new rooms. These tiles are hugely convenient for any GM looking to put together some dungeons in time for game night. Give them a try! 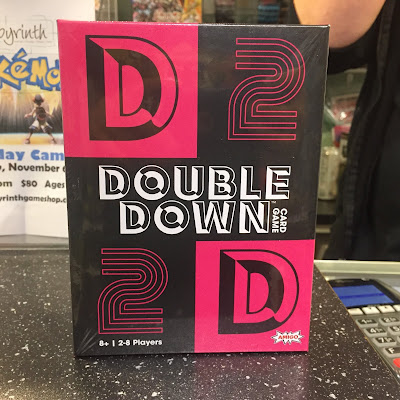 Double Down is a card game of mathematics and risk, originally published as Lobo 77. Players continually add to a running total in the center, losing points for creating multiplies of 11 or taking the total over 77. It's a quick and fun game for up to 8 players. 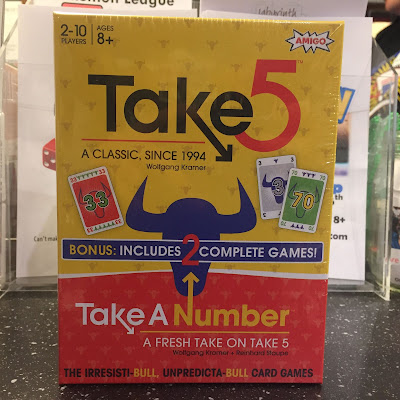 Finally, we have a 2-in-1 collection of classic card games. Take 5 sees players attempting to lay out their hands in sequence, to get themselves the lowest score--but careless play will leave you stuck taking 5 cards! Take a Number builds on the experience, with more complex rules for advanced players.

That's all for this week. Check back next week for more What's New at Labyrinth!
Posted by Labyrinth Games at 5:24 PM