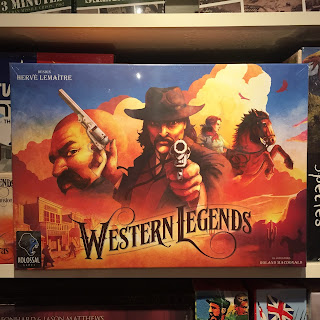 It's big, it's bold, and it's brand-new. Western Legends, a sandbox Spaghetti Western game where you make your own destiny, has landed at Labyrinth. It's the age of legends, out past the Mississippi, where fortunes can be made and myths born. Players scrape and scrabble for gold and fame, with more paths to glory than hogs in a sty. Will you herd cattle for spare cash, or rustle them for the whole pot? Or maybe you pitch a claim in the mountain hills, prospecting for the motherlode? Heck, you could gamble it all on the poker table and see where Lady Luck takes you. Watch your reputation; become too infamous a desperado and other players might start gunning for your bounty! Manage your wealth and fame to claim victory as the greatest Legend of the West.
Also arriving alongside Western Legends are two expansions: A Fistful of Extras and The Good, the Bad, and the Handsome. Each of these contain a stable of new characters to play, quests to complete, and items to fight over. 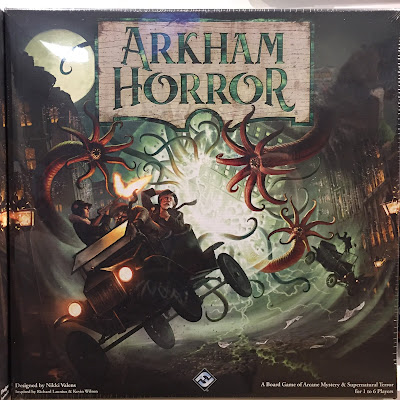 The seminal horror game of imminent doom and desperate defiance, Arkham Horror has returned, reborn with the brand new Third Edition! Retaining the core gameplay and atmosphere that has kept Arkham a classic for over 30 years, the new edition streamlines the rules and adds a modular board, allowing dozens of configurations for dramatically increased replayability. For fans of Lovecraftian horror and crunchy co-op games, Arkham Horror 3E can't be missed.

Liberty or Death: The American Insurrection 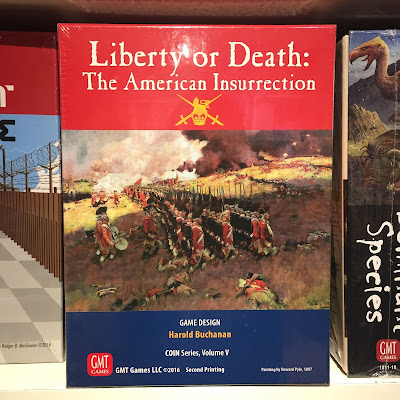 Liberty or Death is the fifth entry in GMT's COIN (counter-insurgency) strategy series. This one is set in a historical insurgency very near and dear to our hearts: the American Revolution. Playing up to four, the warring factions of the British, the Continentals, the Native Americans and the French ally and break up as you all strive for victory. With the signature intricate strategy of GMT games, Liberty or Death is an excellent addition to any serious gamer's library. 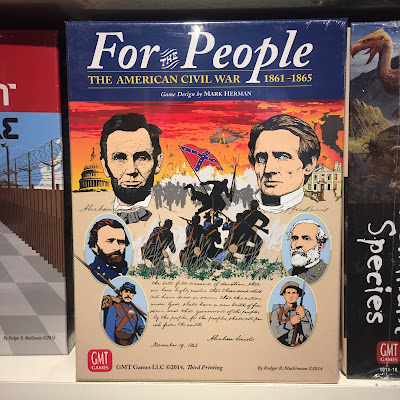 In contrast to Liberty or Death, For the People  is a two-player experience, replacing political machinations with raw military strategy and tactics. Playing as the Union or the Confederacy, players must manage their internal governments, military buildup, and forces on the field. With incredibly detailed systems, this game is a masterwork of strategy.


Game of Thrones LCG: Daggers in the Dark 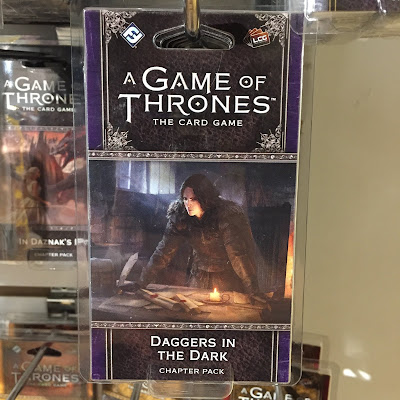 The shadows have blades in the latest chapter pack from Game of Thrones, Daggers in the Dark. The Shadows Cycle continues, with the masterminds of the many plots ensnaring Westeros emerging. Varys the Spider and Cercei begin their endgames, and, in the far North, the Watch Commander Jon Snow is threatened by dissent from within. Above it all drifts the first few flakes of snow. Winter is upon Westeros, and all the plots and plights of mortal men and women may well soon come to naught in the face of the Long Dark. Take your place in the struggle for the future with Daggers in the Dark. 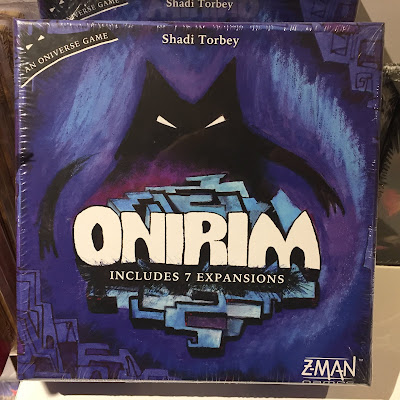 Onirim is a singleplayer or cooperative game in which the players must escape a nightmare labyrinth. Within this twilight realm, players must find their way out through the 8 Doors of Dreaming, before time runs out and they never wake up again. This Second Edition version of the game comes with 7 modular expansions, which can be added into the game on their own or in any combination you please to customize your game. 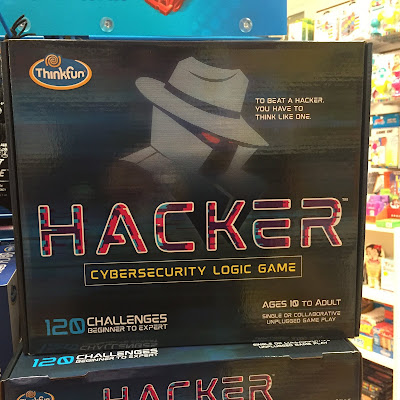 Hacker is Thinkfun's newest logic game, set in the complex world of cyber security. As a white-hat hacker, you must program your digital agents to solve the puzzles before you. With 40 puzzles from beginner to expert, this is a great game to get a child acquainted with the logic of coding. 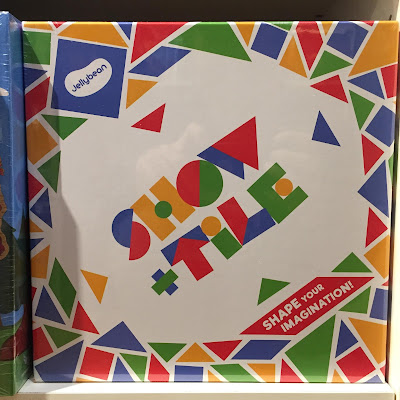 Show & Tile is an artistic party game based around Tangrams, those ever-useful plastic polygons. Players each get a secret objective card, and 90 seconds to try and "draw" their object with tangrams. The best artist wins! 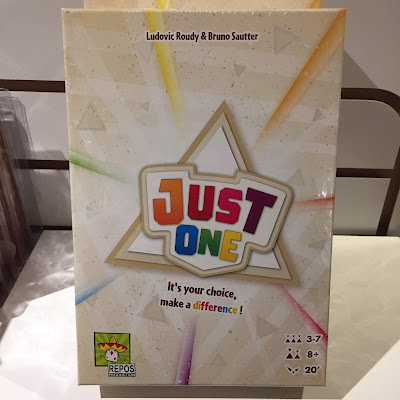 Just One is a cooperative party game where players, in teams, have to try and clue each other in to the hidden words. Each round, players take turns giving their teammate a simple clue to round's secret word. Beware--if you give the same clue as someone else, you're knocked out of the round! Play continues through 13 rounds, with the goal being to hit the high score of 13. 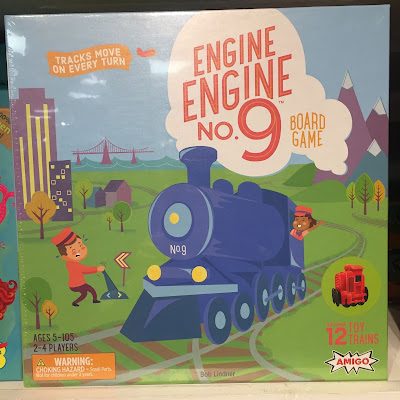 Engine Engine No. 9 is a tricky train game for toddlers and tots. Don't worry, though, players of all ages can enjoy this one. Players have to carefully guide their trains into their personal depots, passing through a twisted and treacherous trainyard. Moving junctions, unfinished tracks, fallen trees and your competitor's trains all threaten to force you off the rails and into defeat. Careful strategy is required to pick your way through the perils ahead and make yourself the number-one conductor! 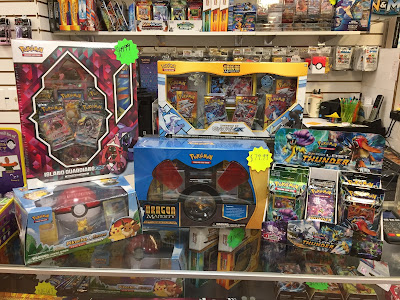 The last week's seen an absolute explosion in new Pokemon stuff! Most prominently, the Lost Thunder block has had a full release, bringing two new Theme Decks and over 210 new cards: the biggest set in Pokemon history! The Dragon Majesty box set has also released their final components, meaning that the window to claim these majestic beasts is closing fast. The Island Guardians GX box brings Tapu Leli and Tapu Fini GX to the table, adding world-class support to any Pokemon deck. Finally, the Pikachu & Eevee Pokeball Collection celebrates the release of Let's Go Pikachu & Evee with a card set dedicated to the adorable pair. There's so much Pokemon. Pokemon forever. 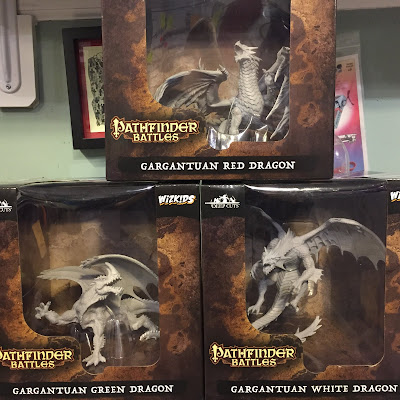 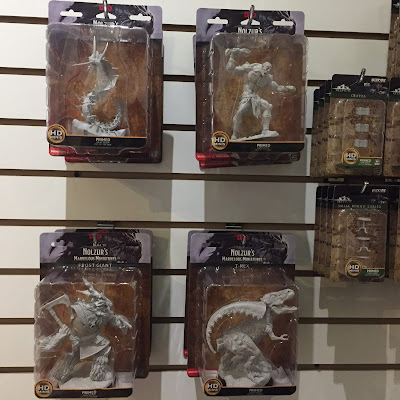 Finally, our Dungeons and Dragons miniatures collection continues to expand, dramatically, with our new Huge and Gargantuan minis (that might be an oxymoron). From Firbolgs to T-Rexes, these titanic beasts will threaten even the mightiest adventurers. If that isn't enough for your group, bring out the stars themselves--the Gargantuan Dragon Minis! After all, you can't have a proper game of D&D without a good dragon!

Posted by Labyrinth Games at 3:32 PM