What's New At Labyrinth: 3/23/19
Welcome back, folks! As always, we've gotten a healthy shipment of new stuff and returning favorites. Let's get to it:

Two Rooms And A Boom 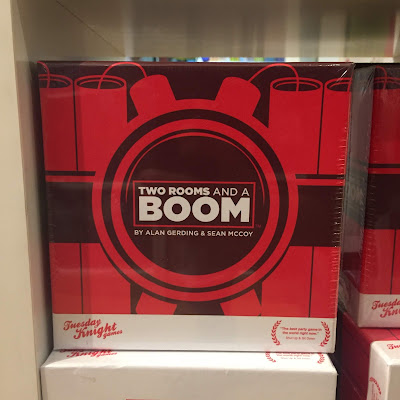 Leading things off we have the return of a beloved favorite: Two Rooms and a Boom! If you need a game to play up to 30 people, look no further. Players split into two teams: Assassins and Security, with everyone's secret identity contained on a card they carry. Subterfuge, deception, democracy, and betrayal will lead one side or the other to bloody victory. 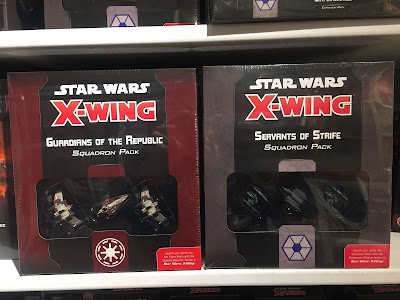 A new wave of starships have emerged to battle through space in a galaxy far, far away. We now carry the Guardians of the Republic and Servants of Strife Squadron Packs, along with a whole array of individual ships. Enhance your X-Wing force today! 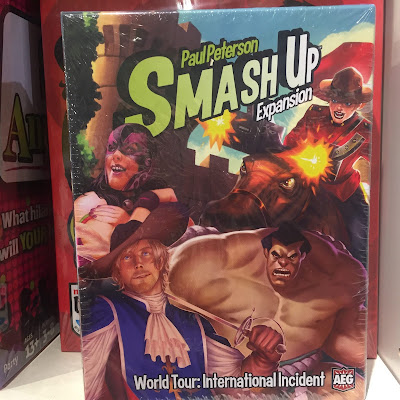 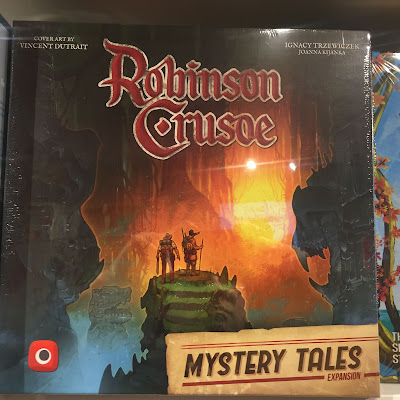 Robinson Crusoe, a game of exploration, survival, and danger receives its second big-box expansion with Mystery Tales. This one comes with an entirely new campaign, "The Lost City of Z", along with new beasts, new cards, an entirely new Sanity mechanic, ten new characters, and more! No fan of Robinson Crusoe should miss Mystery Island. 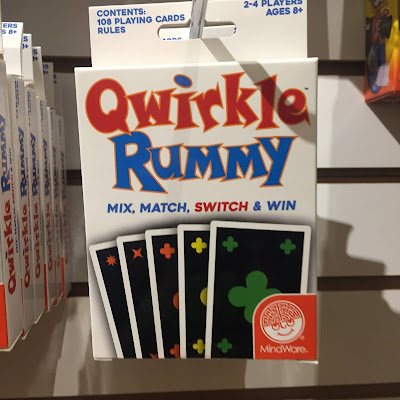 Two great tastes that go great together. The set-matching game Quirkle has been rendered into card form! Quick, portable, and hours of fun, Quirkle Rummy is the perfect game for a long trip or a rainy day. 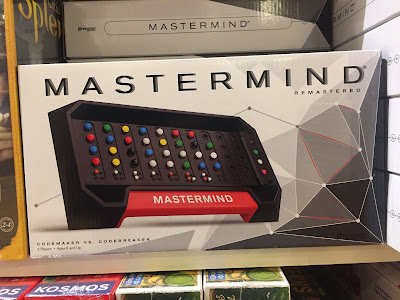 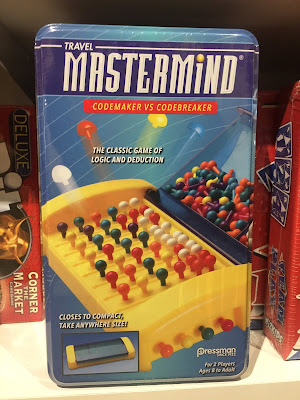 Mastermind is a classic game of deduction and strategy. Beloved since the 70's, two players take on the roles of a codemaker and codebreaker, communicating through colored pegs as they try to outsmart each other. Try it and see what keeps a game popular for 50 years! 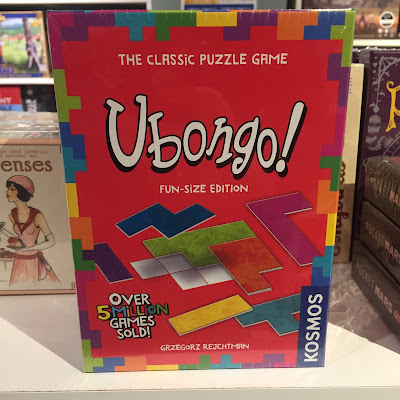 Ubongo! is back in print! In this competitive puzzle game, 1-4 players must compete to assemble their polynominos into different challenge shapes. Only the sharpest builder can claim victory. 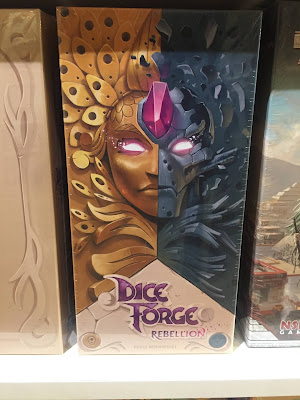 Dice Forge returns with a new expansion: Rebellion. Adding thirty new, unique die faces to the game, along with new exploits, boards and more, Rebellion takes the existing game and ramps it up to 11. Give it a roll!

Are You Dumber Than A Box Of Rocks? 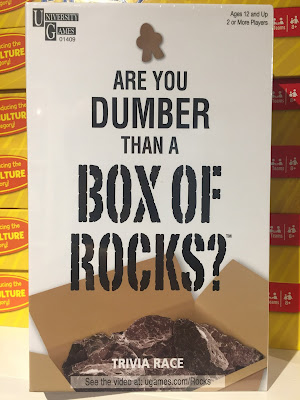 Are You Dumber Than A Box Of Rocks? is a simple, yet hilarious premise: a trivia game where the humans play against three inanimate rocks. Players take turns playing a best-of-three with the rocks, and the winner advances a point for Team Rock or Team Human. Dare you take the challenge? Be careful, rumor says these rocks are sharp! 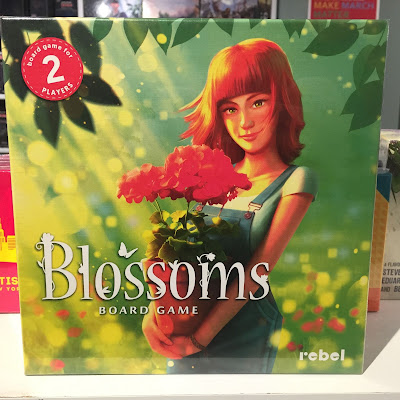 Blossoms is a beautiful game of gardening for two players.  Each particular combination of blossoms results in a unique flower, all with different values. The best bouquet will win the day! If you want a relaxing  game with beautiful themes that still packs a strategic punch look no further. 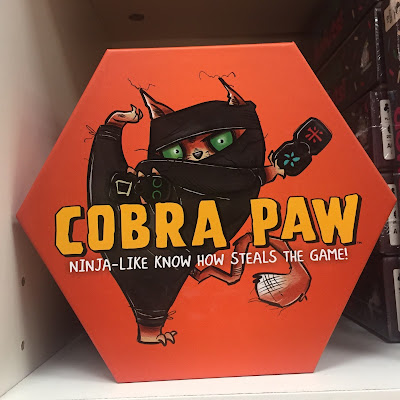 Cobra Paw is a dexterity game of dice and dominoes.  Players roll six custom dice with unique faces, and then race to snatch the dominoes that represent what's been rolled. Speed and precision is the name of the game: strike like a cobra to win, in Cobra Paw. 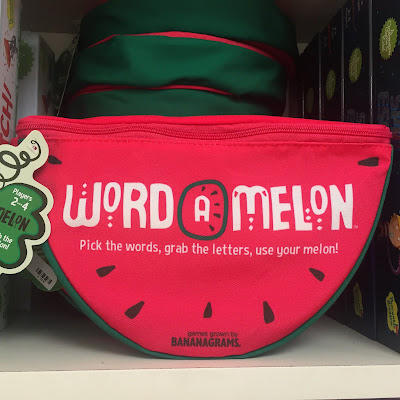 Word-a-Melon is a new spelling game that's also a memory game! The seeds of this melon are actually letter tiles. Roll the dice and flip over as many letters as you can. Each word you can piece together gets you points! Pay attention to your rivals' turns: if you can remember the letter locations, it's a decisive advantage. 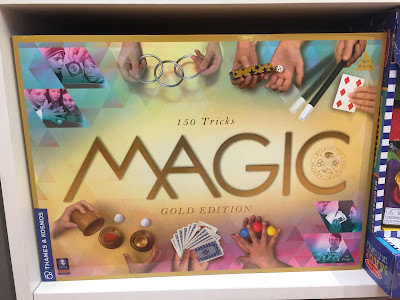 Finally, we have a new magic set! (Not Magic: the Gathering.) Card tricks, dice tricks, wands and more: This is the perfect gift for any budding magician.

Posted by Labyrinth Games at 3:51 PM