What's New At Labyrinth: 4/12/19
Hey there, folks! Pollen has descended upon our city in force. Whether you're hiding from allergies, the rain, or just boredom, we've gotten some new items that might pique your interest! 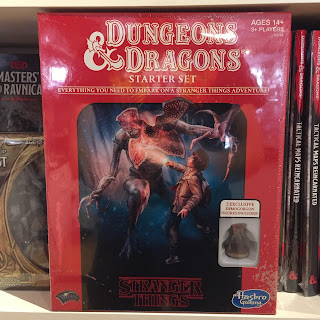 For fans of the hit show Stranger Things, there's now a Starter Set for you! If you've ever wanted to get yourself or a friend into Dungeons and Dragons, this is a perfect way to get started. Play through Mike Wheeler's own original campaign against the terrifying Demogorgon. A great gift for any starting GM or fan or the series! 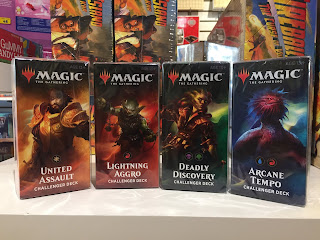 We've gotten in the newest spread of Challenger Decks! These pre-constructed decks imitate some of the most powerful and popular archetypes in Standard, and are intended to be competitive out-of-the-box in Friday Night Magic. These decks are also incredible value for the cards inside, so don't expect them to stick around! Grab your copy while supplies last!

Legend of the Five Rings: Warriors of the Wind & Across the Burning Sands 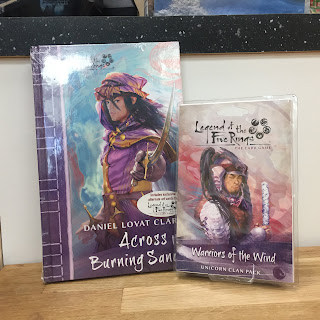 Legend of the Five Rings returns with a new Clan Pack focused on the wildest of Rokugan's warriors: the Unicorn clan. Dancing on the edges of Rokugan territory and society, the Unicorn walk a fine edge, often scorned amongst polite society as "barbarians". But these horsemen are the finest riders in the Empire, and now you can claim their strength as your own. Also arrived is a new short story, Across the Burning Sands, which tells the story of the young Unicorn heir, torn between two worlds. The book comes with some unique cards, so don't miss out! 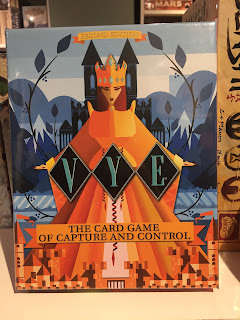 Returning after some time away is staff and store favorite Vye. Fight for control of an expanding and beautiful continent that you form by playing cards, representing the land. Steal control and fortify your territories, because the largest continuous empire wins! And don't miss out: Vye has finished its print run and doesn't have a publisher, so for the foreseeable future what we have is all that's left. 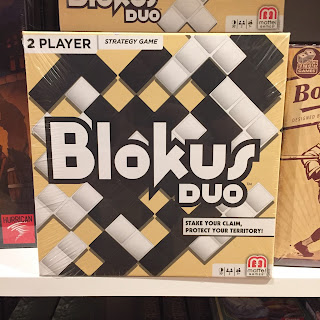 Blokus Duo is back!  With a smaller board built for head-to-head duels, this box condenses the spacial strategy of Blokus into a two-player experience. As an avid Blokus fan, I strongly recommend it! 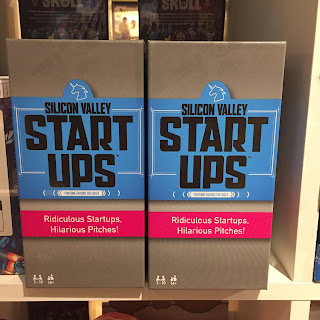 In the wild world of Silicon Valley, companies are born and fortunes are made on harebrained ideas and shoestring budgets. In Start Ups, players are given a set of cards: A company name (following Mad Libs rules, example: "Wax+A Body Part"), an industry, targeted customers, and a wacky trend. Players must assemble a compelling or at least amusing startup pitch and then pitch it to the rounds judge, who will award precious venture capital to their favorite idea! A hilarious party game. 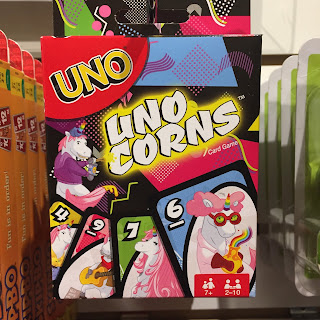 Lastly we have a wacky new variant on Uno: Unocorns. It's the same card game you grew up loving, but with unicorn-based art and the new Narwhal rule: Players play with a card stuck to their forehead. Guessing the color is necessary to win.

That's all we have for this week. Tune in next week for more What's New at Labyrinth!

Posted by Labyrinth Games at 8:19 PM