It may be cloudy outside but it's getting downright electric at Labyrinth with this week's new releases! 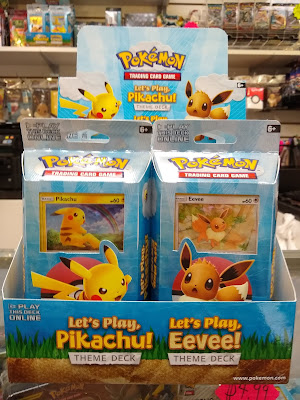 Inspired by the Let's Go, Pikachu and Eevee! video games, these constructed decks come with everything you need to play. After being available in Japan for a year, we finally get them! Like other Theme Decks, Let's Play, Pikachu and Eevee! includes damage counters, a custom coin, one play mat, a Pikachu/Eevee deckbox, and a code card to play this deck online. In addition, it contains a mini poster featuring Pikachu and Eevee. And for those looking for a nice Charizard to bolster their decks, the Eevee deck comes with two! 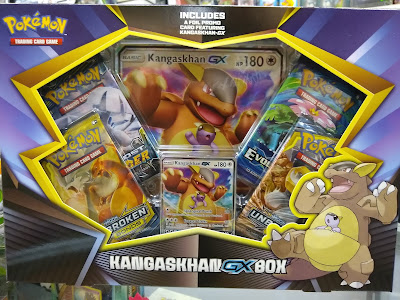 Our newest Pokemon GX Box features the powerful Kangaskhan GX card, perfect for giving your decks a big punch. Combining the always tough Kangaskhan and the powers of a Pokemon-GX gives us this intimidating force. Additionally, you'll receive four Pokemon booster packs with 10 cards each, and an oversize foil promo card for your collection. 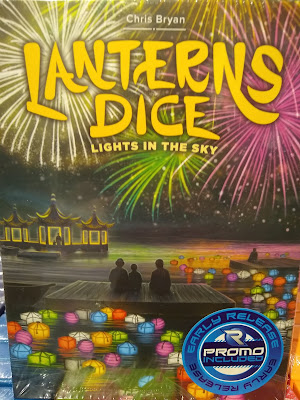 We're getting Lanterns Dice a full 2 weeks before its official release, and the first several ones we sell come with a special promo!

The harvest is in, and now it’s time to celebrate! Players act as artisans, decorating the palace lake with floating lanterns and launching fireworks to light up the sky. The player who earns the most honor will make the best impression on the emperor and win the game. Roll dice and choose which colored lanterns players can fill in on their score sheets. Earn gifts to perform special actions, fill in additional colored lanterns, and create powerful combinations. Cover completed shapes with fireworks tiles to score points and put on a spectacular show! 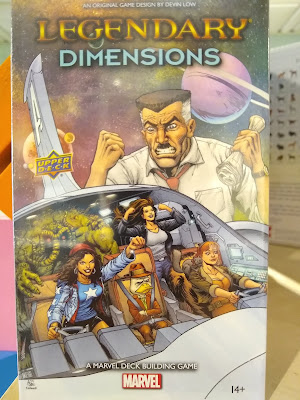 This expansion to the very popular Legendary: Marvel deck building game brings some fan-favorite heroes across dimensional space and into the fray! Heroes including Squirrel Girl, Man Thing, and Ms. America take on the new villainous mastermind J. Jonah Jameson. This 100 card expansion is a must-have for any fans of the base game.

A Game of Thrones LCG: Fury of the Storm Expansion 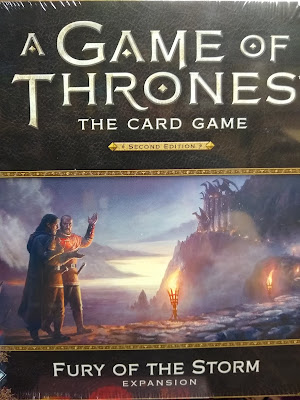 This deluxe expansion features three copies each of 52 new cards that invite you to explore the King and R’hllor traits, as well as new versions of key Baratheon characters like the warring brothers Robert, Stannis, and Renly Baratheon. While Fury of the Storm focuses on the Baratheons, every House in A Game of Thrones: The Card Game is represented with two new non-loyal cards. This expansion also includes a collection of neutral cards that any player can turn to their advantage. For example, the Lannisters, bound to House Baratheon by marriage, gain access to the grand Warship Lionstar, while anyone can take hold of the new Valyrian Steel blade, Lady Forlorn. 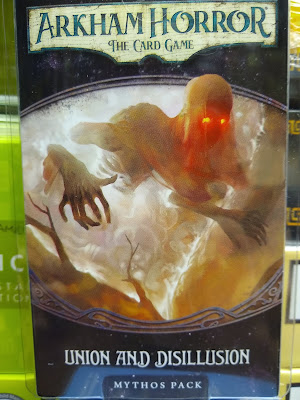 Union and Disillusion is the fourth Mythos Pack in The Circle Undone cycle for Arkham Horror: The Card Game. After your brush with the Silver Twilight Lodge in For the Greater Good, you journey to the banks of the Miskatonic River in search of the four souls who went missing from one of the Lodge’s events. Between two of the bridges that span the river, there stands the Unvisited Isle. As you explore the island, you will find braziers scattered at various locations, that you can either light or douse with the new Circle action ability. Lighting these braziers may help push back the heavy mist, allowing you to further explore the island, but it may also be the key step in completing the ritual that has already begun. How far can you push Arkham to the brink of chaos without surrendering the city to the dark forces battling for control of it?

The Lord of the Rings LCG: The Fate of Wilderland Pack 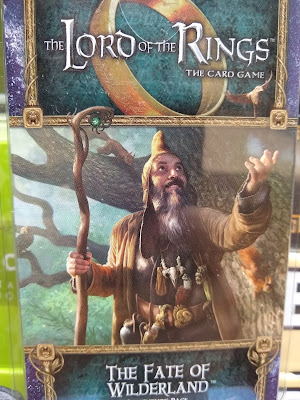 Your mission in Rhovanion has challenged you like never before, forcing you to climb treacherous mountain paths and stand steadfast in the face of a Dragon's fire to restore peace to a troubled land. You were pushed to within an inch of your life, but you managed to survive. It should be over. You should be allowed to go home, but Fate has other plans. Throughout this cycle, which began in The Wilds of Rhovanion, you have sought to resettle your Haradrim friends into a new life far from the shadow of Mordor, but safety has always been just out of reach. Now, when all should be said and done, you must fight for your lives as the mountain you have liberated falls under siege.
Posted by Labyrinth Games at 2:54 PM