We're insanely busy prepping for the Used Game Sale on July 27th-28th, but the influx of new games continues! Come take a peek at what's new on the shelves. 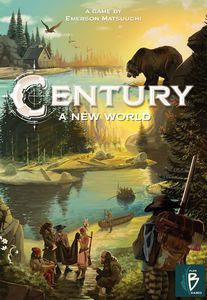 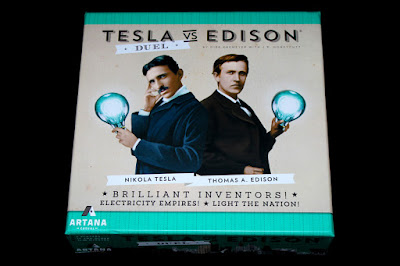 Tesla vs. Edison: Duel is a 15-30 minute two-player card game that brings the "War of Currents" to light in an easy-to-learn, fast-playing, but seriously strategic game. Players take control of Nikola Tesla or Thomas Edison and build a company that claims projects in regions around the United States, advance the latest technologies, engage in a propaganda war around AC and DC technologies, and buy stock shares in smaller electricity companies. The winner is the company that wins two of the three main systems: controlling regions with projects, being ahead in the PR race, and holding the most valuable stock portfolio. Tesla and Edison each have a special auto-win condition that players can trigger during the game to win right away! 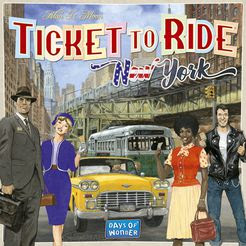 Ticket to Ride: New York features the familiar gameplay from the Ticket to Ride game series — collect cards, claim routes, draw tickets — but on a scaled-down map of Manhattan that allows you to complete a game in no more than 15 minutes! 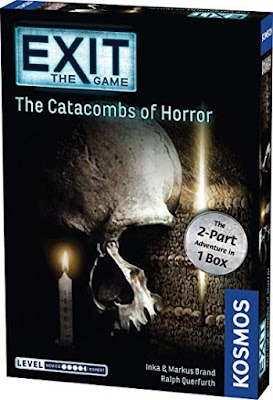 Gloomy vaults lie under the city of lights. The catacombs of Paris swallow the light, secrets, and — apparently — also people. After the mysterious disappearance of a friend in the catacombs, players in Exit: The Game – The Catacombs of Horror embark on a mysterious search through the underground labyrinth. Will players be able to find their friend in time and escape this cavernous world full of dark mysteries? Like other titles in the series, Exit: The Game – The Catacombs of Horror includes components meant to be folded, written upon, or torn, so it's marketed as a single-use game. What's different in this game is that it consists of two parts, with each part being its own challenge. 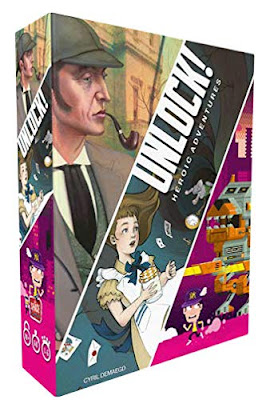 Unlock! Heroic Adventures features three "escape room" scenarios that you can play on your tabletop.
Unlock! is a cooperative card game inspired by escape rooms that uses a simple system which allows you to search scenes, combine objects, and solve riddles. Play Unlock! to embark on great adventures, while seated at a table using only cards and a companion app that can provide clues, check codes, monitor time remaining, etc. The three scenarios are: "Sherlock Holmes" — The master detective faces a most bizarre affair and could use your assistance as he pursues his investigation. "In Pursuit of the White Rabbit" — Discover Wonderland and its strange characters, helping Alice to escape in time. "Insert Coin" — Complete the levels of a virtual adventure, and avoid "Game Over" to escape!

Choose Your Own Adventure: War With The Evil Power Master 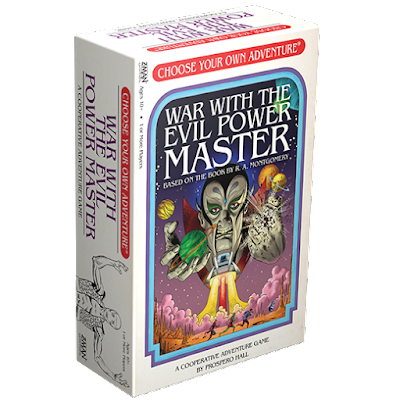 For centuries, the Lacoonian System, an alliance of the most advanced civilizations in the galaxy, has lived in peace, but now the Evil Power Master has returned and is leading a destructive rebellion. The Lacoonian System's Rapid Force crew must band together, follow data and clues the Evil Power Master left behind, and discover his location to defeat him in an epic final battle. Can you restore order to the galaxy? 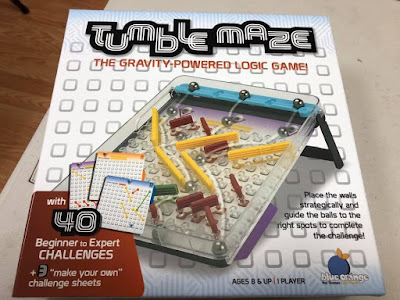 In this solo action gravity powered puzzle game, challenge yourself to roll stainless steel balls into specific spots with a minimum of trials, navigating between obstacles and using bonus walls to guide the balls into the right directions. 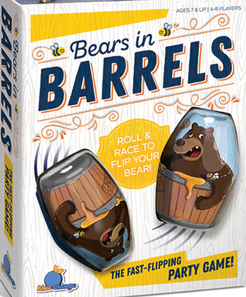 These 2 bears stuck inside their honey barrels love to play by wrestling and tumbling and racing! Roll them over so they can continue chasing one another and their fun never ends! This party game is all about dexterity and fun: with one finger, players rush to flip the bear so that it lands right-side up then pass it quick to their neighbor, to avoid losing a honey token. The goal is to not get caught by the other bear! 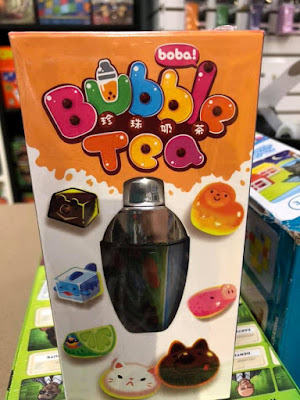 In Bubble Tea, each player has two cards called cups and nine bubble tea ingredient cards. One player uses the shaker to shake out which ingredients will be needed this game, and whoever assembles these ingredients the quickest wins the game and gets the rewards! 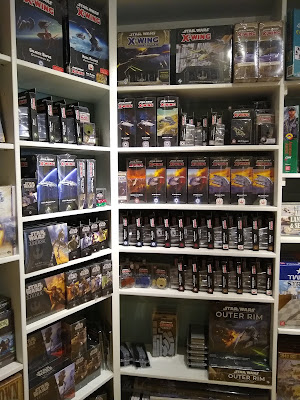 The latest set of minis just came out, so come check out our updated selection in prep for the tournament this Saturday!

Posted by Labyrinth Games at 2:40 PM