We've got a ton of new games in this week, come check out the new selections! 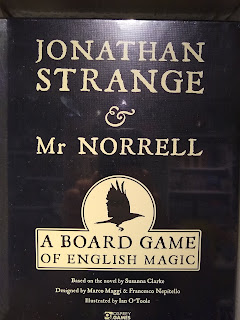 After centuries of absence, magic has returned to England, but not all are using it for good...
Take on the role of an aspiring magician and start your journey down the path to greatness. Collect rare books, flit between social engagements, and impress your peers with feats of magic. Be careful to strike a balance between your studies and your status, for the gentleman with the thistle-down hair has plans of his own, and it will take all of your strength to stop him. 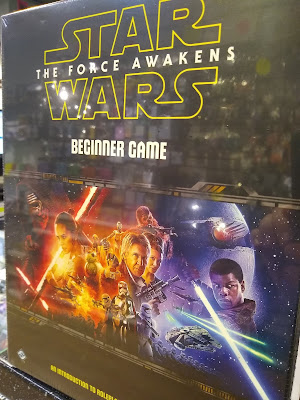 The perfect entry into the Star Wars roleplaying experience for players of all skill levels, The Force Awakens Beginner Game introduces a complete, learn-as-you-go adventure that carries you from the sands of Jakku deep into the heart of a mystery that could change the course of the galaxy. You don't need any previous knowledge of roleplaying to get started. Just open the box, select your character, and let the Force flow through you. Pre-generated character folios keep the rules right at your fingertips, while custom dice and an exciting narrative gameplay system advance your story with every roll.
Atelier: The Painter's Studio 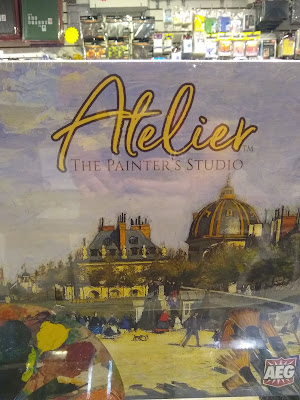 Take on the role of an artist managing an atelier, or art studio, during the 19th century. Roll dice, manage your assistants, collect needed paint, and complete famous works of art. Will you be a prolific artist completing many works for your patrons, or will you be known for just a few masterpieces that stand the test of time? 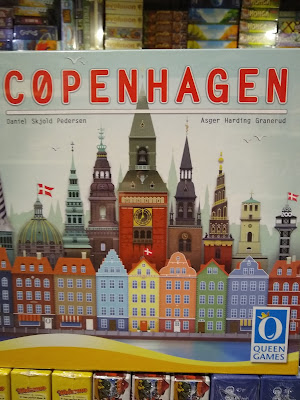 In the game Copenhagen, players must design new façades for these houses so that they fit seamlessly into this beautiful harbor setting. By using the cards on displays, players receive the corresponding façade polyomino tiles, with which they beautify their houses. Overbuilding certain spaces and floors gives them additional skills for the rest of the game. Floors that consist of a pure window front are particularly rewarding and bring the players many points. 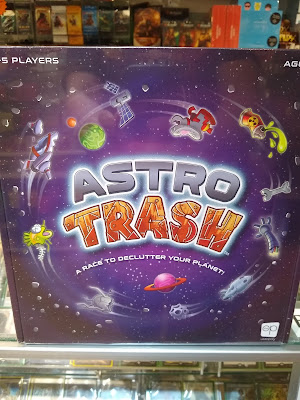 In Astro Trash, each player must get rid of all the trash on their playmat at the expense of the players to their left and right. Players simultaneously roll three dice and rapidly move the "trash" according to the direction, quantity, and color indicated on the dice. 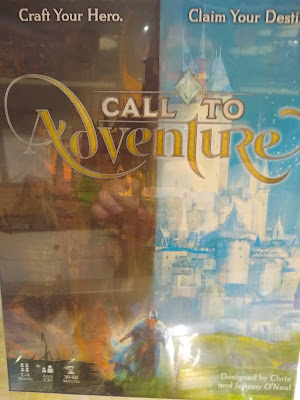 Make your fate! Inspired by character-driven fantasy storytelling, Call to Adventurechallenges 2-4 players to create the hero with the greatest destiny by acquiring traits, facing challenges, and overcoming adversaries. Call to Adventure features a unique "rune rolling" system for resolving challenges, a point-based system that encourages storytelling, and over 150 unique cards. 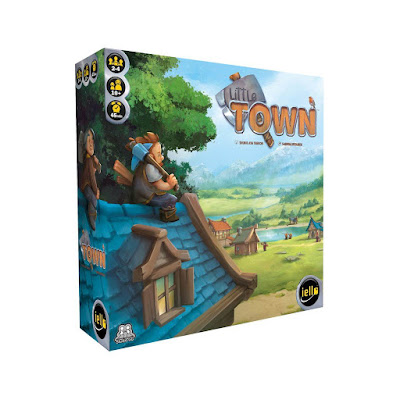 In Little Town, you lead a team of architects and must dispatch workers to the town, collect resources and money, build buildings, and develop this little town. Players collect victory points by using the powers of buildings, by constructing buildings, and by achieving goals dealt to them at the beginning of the game. After four rounds, whoever has the most victory points wins. 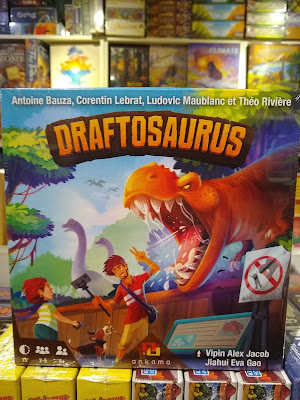 Draftosaurus is a quick and light drafting game in which you don't have a hand of cards that you pass around (after selecting one), but a bunch of dino meeples in the palm of your hand. Your goal in Draftosaurus is to have the dino park most likely to attract visitors. To do so, you have to draft dino meeples and place them in pens that have some placement restrictions. Each turn, one of the players roll a die and this adds a constraint to which pens any other player can add their dinosaur. 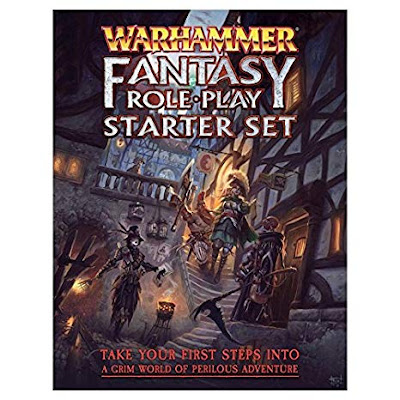 Welcome to Warhammer Fantasy Roleplay. Marvellous things await you. You’ll meet glorious heroes who grimace disdainfully as they step over the suffering poor, and corrupt villains who set down the wrong path in the service of a more laudable cause. Feared but respected wizards master their arts in the high towers of the Colleges of Magic, while outside those safe halls magic users are feared and reviled — and often with good cause, as many dark sorcerers would gladly sell their souls for power. Virtuous priests strive endlessly to improve the lives of the downtrodden, whilst agents of Chaos Gods work to undermine this good work and bring ruination. Prepare yourself for the struggle of the gutter, to fight for your survival, and to face corruption on all sides. Prepare yourself for danger, as it is everywhere, and you can’t face it alone. And, most of all, prepare yourself for the grim and perilous adventure of Warhammer Fantasy Roleplay! 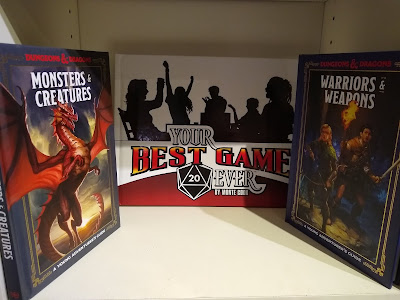 These new D&D books are "Young Adventurers Guides" that can help younger players or those new to D&D become more familiar with some of the core concepts you'll see in the game like classes and their equipment (Warriors & Weapons), and some of the denizens of the dungeons you'll be delving (Monsters & Creatures).

Your Best Game Ever by Monte Cook goes beyond the traditional ruleset to teach you what it takes to make some of the true magic of a campaign occur. This is an insider’s look at everything that goes into the hobby—finding a group, making a character, running a game, creating adventures, finding all the right ideas, hosting a game, and much more. You’ll find everything here from enhancing immersion, tips for running games online, creating characters with depth, worldbuilding, designing rules, dealing with personality conflicts that arise at the table, and more!

Posted by Labyrinth Games at 6:54 PM