Come in this week for these new games! 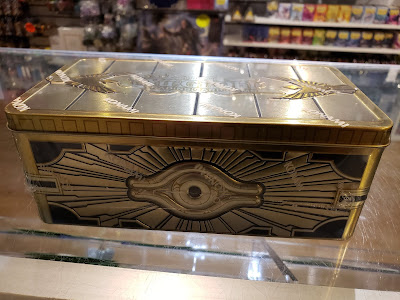 The Gold Sarcophagus is not only an aesthetically pleasing way to store your Yu-Gi-Oh cards but also comes with some very special add-ons. Inside the Gold Sarcophagus there are five Prismatic Secret Rare variant cards, as well as three 16-card Mega-Packs that contain cards from popular 2018 booster sets. Which cards will you open? 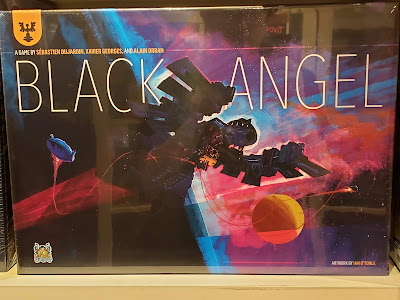 Black Angel is a medium to heavy-weight game for one to four players in which each player controls an Artificial Intelligence attempting to transport humanity's genetic heritage to a new planet since the Earth has become uninhabitable. While players do cooperate insofar as they work together to help the flagship, Black Angel, reach its destination, ultimately players who choose their actions most logically will accumulate more points and earn the title of head AI. 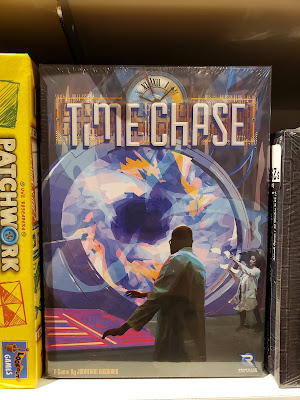 Time Chase is a trick-taking game for three to six players in which you play a scientist who has just discovered--time travel! However, jealous colleagues are now trying to exploit your genius by traveling back in time to claim credit for your invention. The game centers around traveling back to previous tricks in order to take control of three events (or tricks) in order to win the right to claim credit for inventing time travel and thwart your rivals. 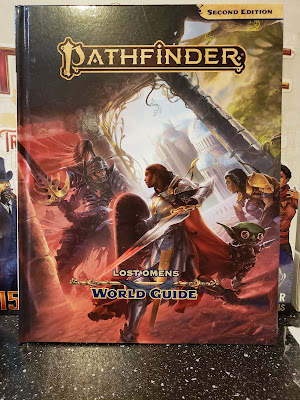 This second edition guide contains ten diverse regions and acts as a guide to the Age of Lost Omens in the Pathfinder universe. The guide also contains beautiful illustrations and detailed timelines of in-universe events. Additionally, the guide comes with a giant double-sided map. 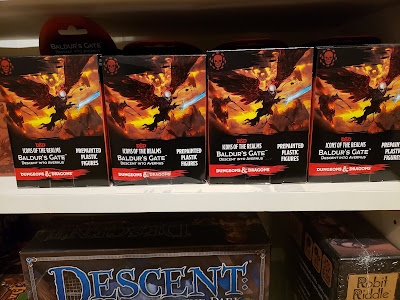 For those on the lookout for cool minis, we have these new Baldur's Gate: Descent into Avernus miniatures. These introduce some really interesting miniatures but each box is randomized, so who's to say what you will open up? 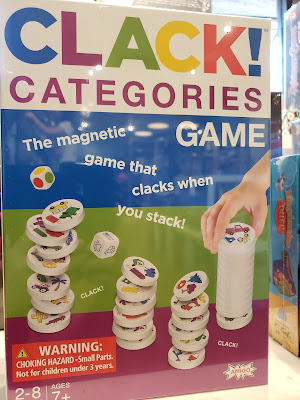 Clack! Categories Game takes the classic game of magnetic stacking and clacking and scales its difficulty for an older audience. Come into Labyrinth and rediscover your love of this tactile and sensate game! 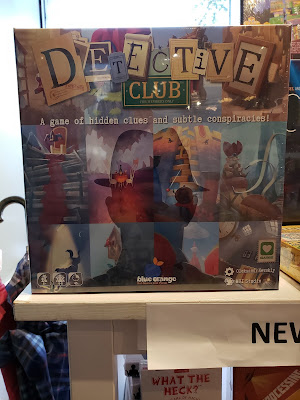 Detective Club is a bluffing and deduction game for four to eight players in which players take on the role of detectives with one exception. Each turn one player secretly writes down a word in each other player's journal with the exception of one player. The player who does not receive the secret word then becomes the Conspirator for that turn. Every player must then play a card which they think expresses the secret word best and provide an explanation for their choice. The Conspirator must think quickly to explain their choice of card lest they are discovered. If you enjoy Dixit and Spyfall this game might just be for you. 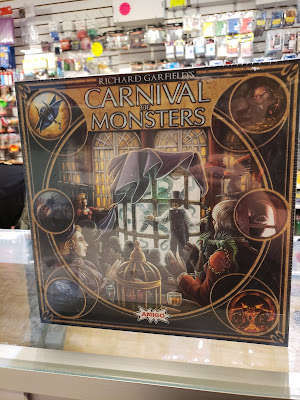 In Carnival of Monsters players compete to gain the only open spot in the Royal Monstrological Society. In this card-drafting game by Richard Garfield players will hunt for strange and rare beasts to add to their showcase over the course of several hunting seasons. The player with the most interesting showcase by the end of the hunting seasons will win that coveted spot in the Society. 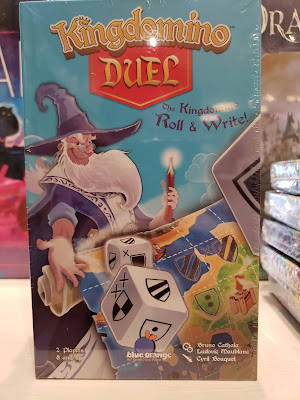 Kingdomino Duel is a new unique experience and a standalone game from the Kingdomino series. In Kingdomino Duel two players will compete to bring in the highest-scoring dice to their kingdom. Players may choose from two different dice among the options to form what is equivalent to one domino and bring that set into their kingdom. This game is uniquely two-player oriented and will provide a new experience for both lovers of the original,  Kingdomino and new players alike. 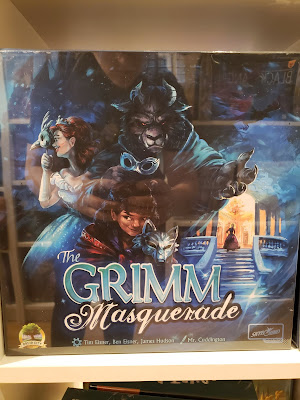 The Grimm Masquerade is a new bluffing and deduction branching off from the Grimm Forest universe. In The Grimm Masquerade players have been invited to attend the Beast's masquerade party, but the Beast has decided to enchant everyone to appear as a different Grimm character. Players must trade and bluff to obtain the artifacts they need to win while avoiding the artifacts that can cause them to lose. Those artifacts are unique for every character and players will have to find new and interesting strategies to prevent other players from outing their true identity.

Posted by Labyrinth Games at 12:48 PM