Come in this week for these great new games! 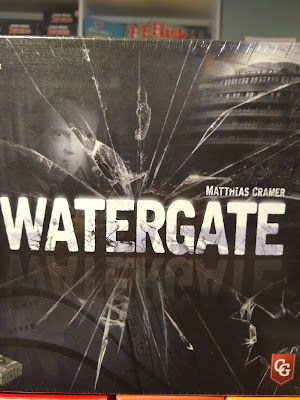 In this two-player game, one player will take on the role of Nixon attempting to subvert the press and stay in power, while the other player takes control of the Washington Post and attempts to collect enough evidence to take Nixon down. Who will win this historical tug-of-war? 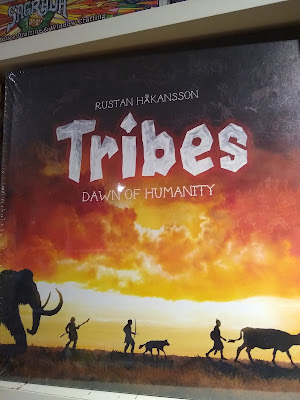 Tribes: Dawn of Humanity is a light to medium-weight game for two to four players, in which players will help their respective tribes to survive, thrive, and evolve.  Each player will have the options to grow their tribe, explore new lands, and extract rich valuables. This game is a fun, fast-paced civilization-esque romp that will still offer opportunities for deep strategy. 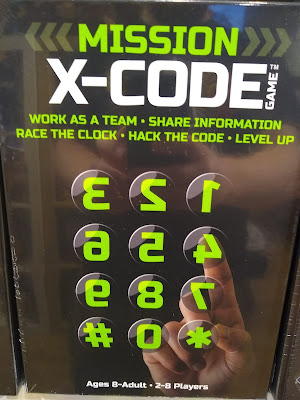 In Mission X-Code two to eight players will attempt to crack an encrypted code while taking action simultaneously. The game requires cooperation and communication between players and comes with an hourglass that sets the fast-pace of the game. If you all play your cards right you can even earn extra time to solve the code. 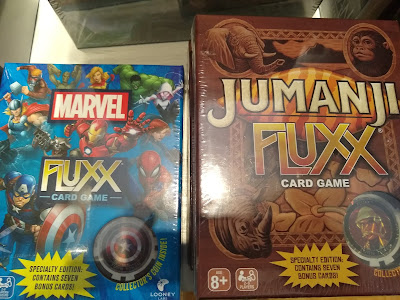 Two new takes on the popular franchise, Marvel Fluxx and Jumanji Fluxx both bring whole new cards and collectible coins into play. In these games players get to encounter beloved Marvel heroes and villains and traverse the treacherous world of the classic Jumanji. As with previous Fluxx installments, the cards determine the majority of rules and play in these fast-paced, adventurous games. 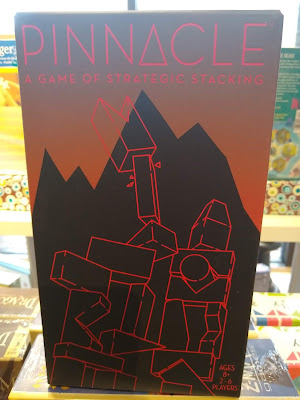 On top of being simply gorgeous, Pinnacle is a fun game of stacking and balancing. The game can be played by two to six players and usually each game plays out in about fifteen minutes, making for a good game to play over and over again with friends. However, if things come tumbling down, then it is game over! 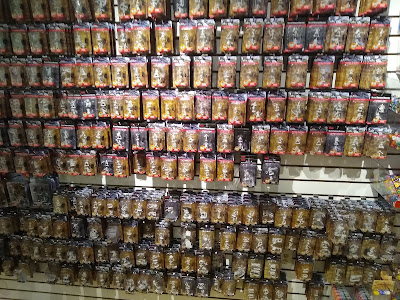 Hey, Minis-Lovers, check out our new stock of minis that just came in! We've got several new minis out on display and in need of good homes, so please feel free to come check them out.

Posted by Labyrinth Games at 2:10 PM