A massive thank you to all who came out last week to make our Celebration of Gaming Week such a success! But just because it's over doesn't mean there aren't any new games to celebrate. Come check out these new titles! 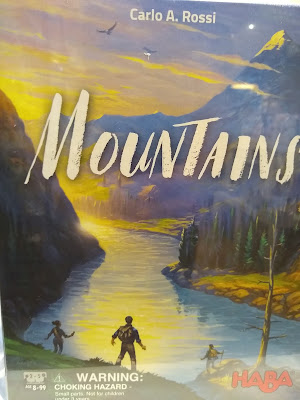 In Mountains, you will undertake hikes of various difficulty, making sure you have the proper equipment or otherwise borrowing it from other players with favor tokens. Each hike will reward you with favor tokens, summit stamps, or both! The player with the most summit stamps at the end of the game wins. 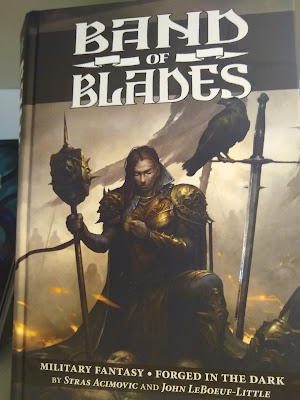 This military fantasy RPG is set in the same universe as the critically acclaimed Blades in the Dark. The Legion is in retreat following a failed battle against the armies of the undead. You are a member of the Legion, your bonds to one another forged in the dark by bone and blood. But time is running out as more fall to the indomitable forces of the Cinder King. As Legionnaires, you must make it to Skydagger Keep before you’re cut off or overtaken by the undead. Paying horrifying costs, you’ll employ offensives, maneuvers, unwise bargains, and desperate gambits as the ever-ticking clock nears its final hour. Do you have what it takes to outwit, outrun, and outlast the endless hordes of the undead, or will your band of blades break beneath the Cinder King’s iron fist? 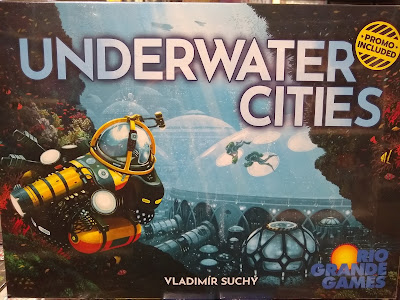 The earth is overpopulated. As one of the best scientific brains in the world, you have been tasked with creating the best and most livable underwater city possible. Play cards in color coded slots to intake raw materials; to build and upgrade city domes, tunnels and production buildings such as farms, desalination devices and laboratories in your personal underwater area; to move your marker on the initiative track (which is important for player order in the next turn); to activate your "A-cards"; and to collect cards, both special ones and basic ones that allow for better decision possibilities during gameplay. Gain the most victory points to win!

Tricks and the Phantom 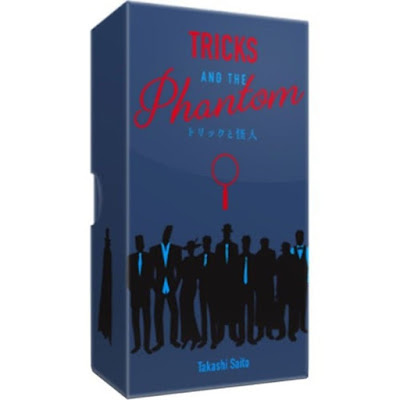 Tricks and the Phantom is a simple deduction game using only ten (or eleven) cards with a little bluffing element. Deduce the culprit from among the four persons. However, there may be a "phantom" who attempts to confuse you. In the base game, ten cards are dealt to four players, so players have hands of only two or three cards. As in a trick-taking game, each player plays one card face down in turn order. While doing this, each player forecasts who has the highest card (that is, the culprit). Each card has a color (suit), and you have to show that color when you play the card; this allows opponents to narrow down the number of your card, but some cards have a special effect, so big numbers don't win automatically. Points are awarded to whoever played the highest card (the culprit) and to whoever correctly forecasted that player winning. Tricks and the Phantom is not just card luck. It is a strategy inference game that requires you to read each other's psychology. 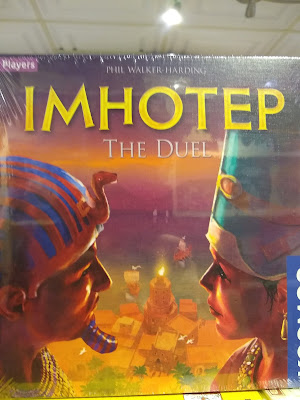 In this two-player version of Imhotep, players take on the competing roles of Nefertiti and Akhenaten. Use six boats to unload the most valuable tiles and build monuments to gain as many fame points as possible! 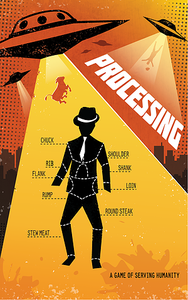 Processing is a game of terrible democracy. Aliens have conquered Earth, but that's not the worst of it. As a survivor, you've been enslaved to figure out who gets "Processed," "Probed," and "Freed." There's one more wrinkle, the Aliens think cows are people too. The Confederated Alien Overlords (or CAO's) demand you work to appease them all, but since they all want different things that will be tough. Your goal is to have the most victory points (VPs) by the end of the game (three rounds) by appealing to different alien agendas each round. 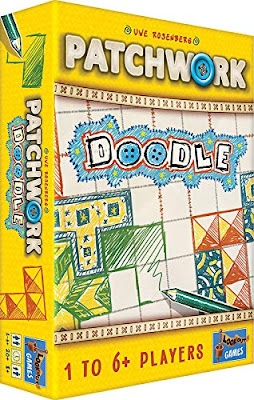 Patchwork Doodle is a roll-and-write version of Patchwork, with each player having their own 9x9 grid to fill in over the course of the game. Each player sets up by drawing a unique polyomino card from the starting deck, then drawing that on their sheet. In each round, players lay out a number of polyomino cards in a circle, then place the rabbit between two cards. On a turn, someone rolls the die, moves the rabbit forward, then removes the card indicated by the rabbit. Each player must draw the polyomino indicated on this card in their grid. Once a certain number of cards have been played, the round ends, players score points, then you lay out more cards for the next round. 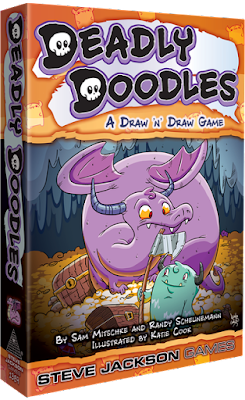 In this quick-playing doodle game, 1–4 players simultaneously draw paths through a dangerous dungeon. Draw cards, draw a path through your dungeon, and rack up points! Collect loot and fight monsters . . . or run away screaming! Can you defeat the dragon for the big score? 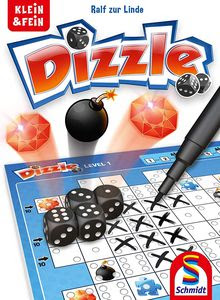 In Dizzle, players want to fill their scorecards with dice collected each round. Players take turns selecting dice from the center of the table, and the next die they collect must match the others. At the end of a round, mark all boxes on your scorecard filled with dice. This might sound simple, but of course others will compete for the dice you need... 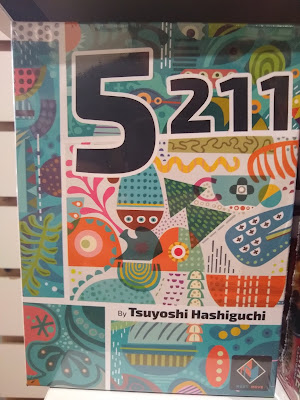 The name of the game tells you everything! Players start with 5 cards in hand, play 2 and reveal both, then fill up their hand and repeat twice, but only revealing 1 card each time. 5-2-1-1. Players earn points depending on the majority color, but if there's too many of that color, it busts and is worth nothing. Rounds repeat until the deck runs out, and whichever player earns the most points wins! 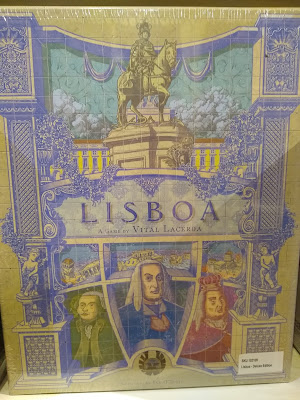 On November 1, 1755, Lisbon suffered an earthquake of an estimated magnitude of 8.5–9.0, followed by a tsunami and three days of fires. The city was almost totally destroyed. The King put the Marques of Pombal in charge of the reconstruction of Lisbon. The Marques gathered a team of engineers and architects and you, the players, are members of the nobility; members who will use your influence in the reconstruction and business development of the new city. You will work with the architects to build Lisbon anew, with the Marquis to develop commerce and with the King to open all the buildings, but the true reason you do all this is not for greatness or fame or even fortune, but for the most important thing of all in that time: wigs. 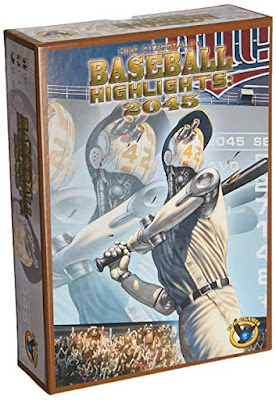 In this quick and interactive game, two players build their teams as they play, combining both strategy (building your team) and tactics (playing the game) without any of the downtime. During each "mini-game", each player alternates playing six cards to simulate a full game's highlights. The mini-game includes defensive and offensive actions, and your single card play may include elements of defensive and/or offensive plays. Do you try to thwart your opponent's pending hits, put up strong offensive action of your own, or use your better players to do both? Players buy new free agents after each mini-game to improve their roster, and the team who wins the most mini-games in the series is the champ!

Posted by Labyrinth Games at 5:55 PM