We've got a boatload of new releases ahead of GenCon, so come stop by the store to try out the new demos and take home some new games! 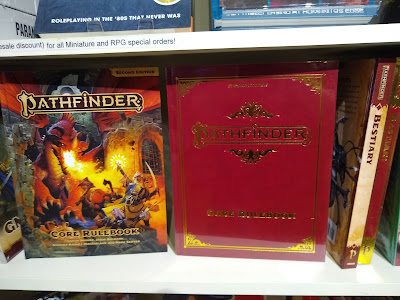 Pathfinder remains the one role playing game to knock D&D out of the #1 best seller spot since it was released in 1974, and did so for 3 years (2011-2014). Now, 10 years after it was first published, Pathfinder is getting a 2nd edition to make another run at the #1 title. 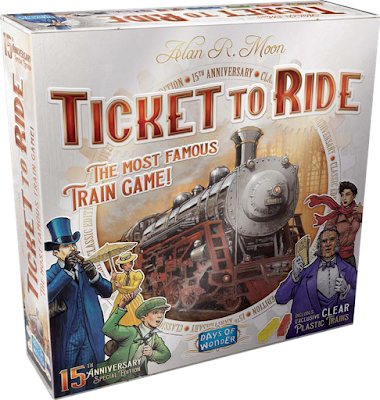 Ticket to Ride is celebrating its 15th anniversary this year with a special edition that comes with translucent train cars, a booklet detailing the history of the game, and new box artwork. If you haven't played this 2004 Spiel de Jahres (Game of the Year) winner which continues to remain a hit family game, now's the perfect time to get in on it! 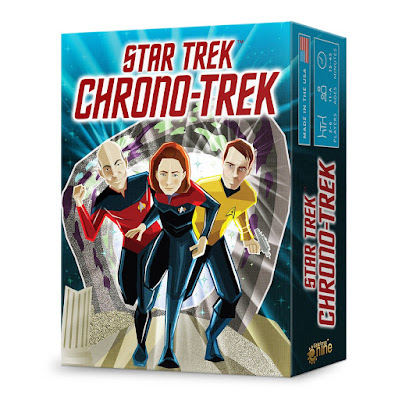 In Star Trek Chrono-Trek, a time-travel game similar to Chrononauts but set in the Star Trek universe, each player becomes a Star Trek character with a unique identity and a secret mission. During the game, players travel backwards and forwards through history, doing all those things people have always dreamed of using time travel to do: Visiting the great moments of the past, peeking into the future, collecting up artifacts, coming to grips with the paradoxes of time travel, and of course, changing pivotal events and altering the course of history itself. Explore the history (and alternate history!) of the entire Star Trek universe in this version of Chrononauts. Try to alter history to restore your specific timeline! Maybe you need to ensure that the Federation gets founded, or just retrieve the Orb of Time and some tea. Earl Grey. Hot. 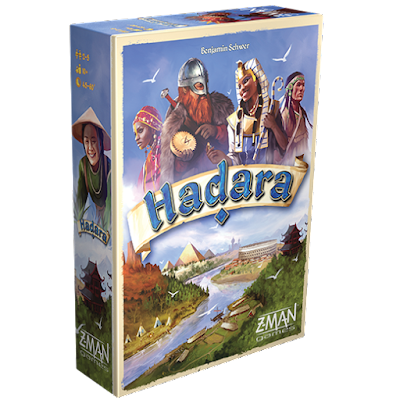 Hadara carries you off into the world of cultures and countries of this earth. Over three epochs, you will experience the transformation of your new world from a small settlement to a high culture. You want to populate this world with people who come from different cultures and continents as well as different ages. To bring glory and honor to your world, you should choose the persons and accomplishments skillfully. But you should not ignore agriculture, culture, and military power, otherwise one of your competitors might get bigger and more successful than you. Who will succeed first in creating a new flourishing high culture? 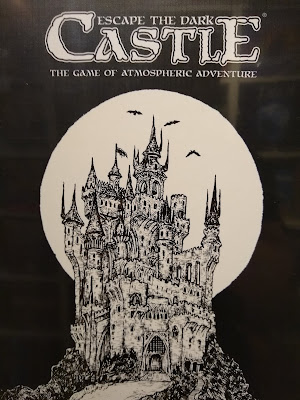 Escape the Dark Castle is a simple, cooperative game of retro-atmospheric adventure. Players take on the roles of prisoners, wrongfully incarcerated in the depths of The Dark Castle. Whether it’s the Abbot, the Tailor or any of the six playable characters, each prisoner is represented by a character card and a custom character dice showing that prisoner’s unique endowment of Might, Cunning and Wisdom – the game’s three traits. Embarking on a desperate quest to escape, the players must work together using custom dice and item cards to overcome the castle’s many horrors, traps, and challenges. 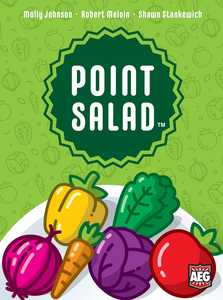 Point Salad is a fast and fun card drafting game for the whole family. There are over 100 ways to score points. Players may use a variety of strategies and every game of Point Salad is unique! Cards come in six different types of veggies, and the back of each card has a different scoring method. So for instance, one scoring method may award 2 points for every carrot you have, but deduct a point for every onion. By drafting combinations of veggies and point cards that work for your strategy, you can amass the most points and win. 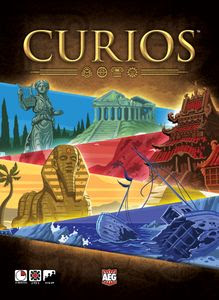 You are a rogue archaeologist, traveling the world for history’s lost artifacts. But the market for artifacts can shift like the rains of Africa: One minute, treasures from a lost pharaoh’s pyramid are all the rage with collectors, and the next minute religious artifacts discovered in a remote temple are what’s in demand. In Curios, players acquire artifacts from various treasure sites without knowing their worth. Using the cards in your hand and those revealed by others, you can deduce the possible value of your artifacts, allowing you to focus your efforts on the more profitable ventures. Curios is a game of worker placement, deduction, and bluffing like no other. This simple and intuitive game is quick to learn and even quicker to play! 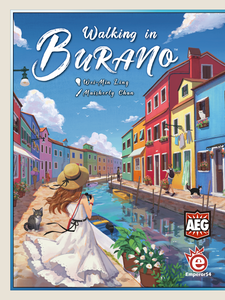 Burano is a beautiful island of Venice in Italy, known for its colorful houses. The colorful houses of Burano need a fresh coat of paint in order to stay beautiful and vivid. Use your creativity to refurbish and decorate the houses and amaze the tourists and local people with your masterpiece! Walking in Burano is a family game. Players place Floor Cards in order to receive a visit from different characters. They will score points based on the various symbols on the houses, and whoever gets the most points is the winner! 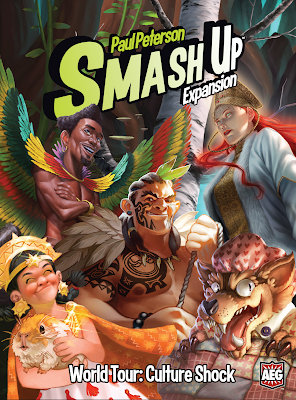 The World Tour continues! Culture Shock takes us through the folk and fairy tales of: Russia, where minions are frequently transformed; West Africa, where sharing stories and cards is valued; and Germany, where uniting characters from the same tale gives multiple benefits. We also look at the incredible histories of: the Inca Empire, known for its roads and monumental architecture; and Polynesians, who spread out on as many islands as possible. Culture Shock is fully compatible with all previous Smash Up expansions.

Lord of the Rings LCG: A Shadow in the East 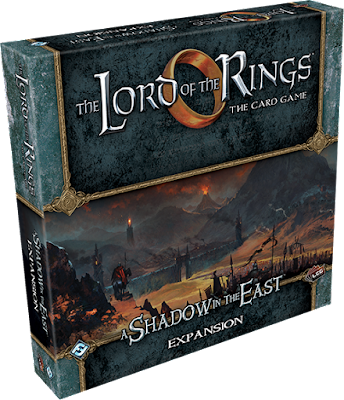 As the start of the Vengeance of the Mordor cycle, A Shadow in the East takes you to the lands of Rhûn that rest in the shadow of Sauron’s domain. Here, you must embark on a new quest through three original scenarios built from 156 cards, including two heroes, ten quest cards, 29 player cards, and 115 encounter cards that pit you against the forces of Mordor and the corrupted souls who long for the dark days of Sauron’s rule to return.
Posted by Labyrinth Games at 6:05 PM