Looking for a fun new game this Halloween, check out these recommendations from your favorite Labyrinth employees!

Betrayal at House on the Hill 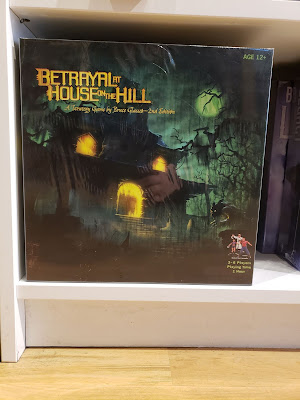 In this classic horror game, players take on the roles of brave explorers venturing into the creepy house on the hill. As you play, you will build the house room by room, and eventually, discover the Haunt that lurks inside. Beware, there is a good chance that the evil you face will turn out to be one of your fellow players! - Joe's pick 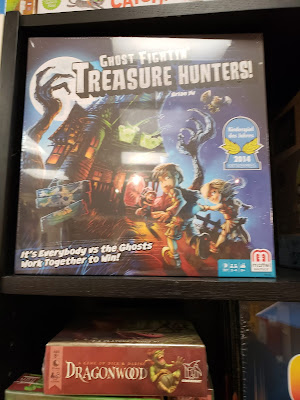 
Exit: The Catacombs of Horror 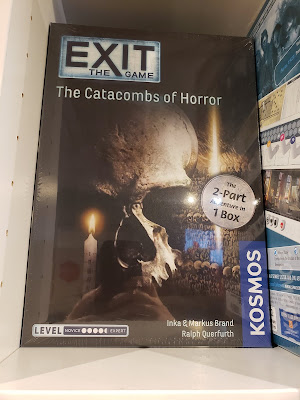 This is a great option if you want to have a small, intimate Halloween get-together. It's great with three or four people, and it's the latest in a series of  "Puzzle Rooms" in a box. In Exit: The Catacombs of Horror players have lost a friend to the mysterious and twisting catacombs that lie beneath the beautiful surface of Paris. Players must solve the puzzle in order to retrieve their friend and win the game. This particular installment in the Exit series is unique because it contains two different parts with two different challenges. - Kathleen's pick 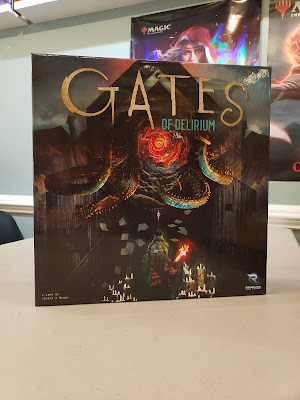 In Gates of Delirium, players have a hand of split action cards: one side sane, and the other insane. Every round, one player decides whether the round is sane or insane, and all players must play that side of their cards. During sane rounds, players search for maps and lost pages to a secret tome, while assigning investigators to help them in their cause. During insane rounds, players collect ancient runes and work to build gates to release the monstrosities that their sane selves have been trying so hard to understand and prevent. Earn the most victory points by the time the last monstrosity is released to win Gates of Delirium. -Setorie's pick 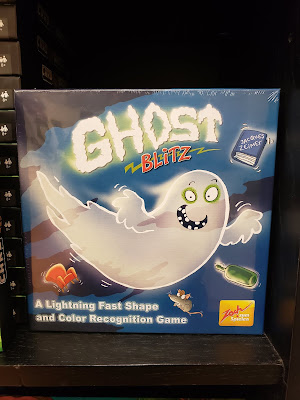 In Ghost Blitz, five wooden items sit on the table waiting to be caught: a white ghost, a green bottle, a cute grey mouse, a blue book, and a comfortable red chair. Each card in the deck shows pictures of two objects, with one or both objects colored the wrong way. With all players playing at the same time, someone reveals a card, then players grab for the "right" object – but which object is right? The first player to grab the correct object keeps the card, then reveals the next card from the deck. If a player grabs the wrong object, she must discard one card previously collected. Once the card deck runs out, the game ends and whoever has collected the most cards wins! - Arsenio's pick 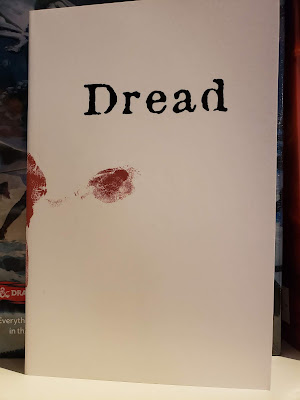 Dread is a game of horror and hope. Those who play will participate in a mutual telling of an original macabre tale. The goal of Dread is to sustain the delicate atmosphere that invokes the hand quivering emotion that lends its name to the game. The thrill of a Dread game lies within the tension between desire and loss. You will take on the role of someone trapped in a story that is only as compelling as it is hostile—someone who will find themselves making decisions we hope never to face in real life. It is the horror roleplaying game that uses any Jenga-like game instead of dice. Pull from the tower and you succeed. Refuse to pull and you fail. The choice is yours. But if the tower falls . . . - Camilla's pick