Come into Labyrinth to check out these new and newly re-stocked games! 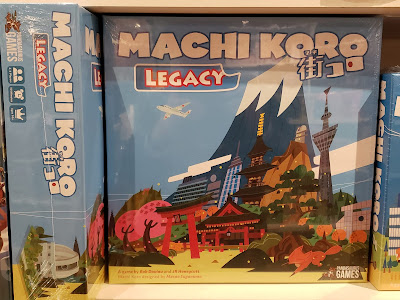 Revisit the same mechanics that had you fall in love with the original Machi Koro in the legacy version while admiring the new story campaign element. With all new artwork by the original artist, Nobura Hotta, Machi Koro: Legacy is as beautiful as its predecessor and sure to be as beloved. The game's campaign contains ten games and then an eleventh game that is infinitely re-playable based on players' decisions in previous sessions. Every player will have a one-of-a-kind experience with their copy of Machi Koro: Legacy; the only guarantee is that each experience will be charming and entertaining. 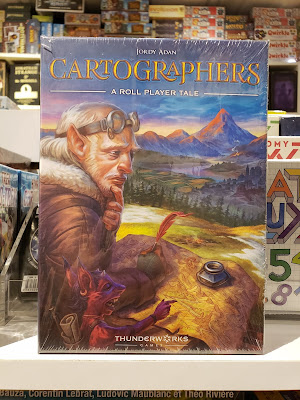 Cartographers: A Roll Player Tale is a fun way to learn about the "Precession of Simulacra," as players take the role of mapmakers vying for fame and renown by meeting the demands of the Queen's edicts. As the Queen seeks to reclaim northern territory, your goal is to create the map of the things she is most interested in having mapped. But, you must watch out for the Dragul, who seek to contest your kingdom's claim to territories through their outposts. You must draw your zoning lines very carefully in order to reduce the Dragul's power and earn the highest reputation. 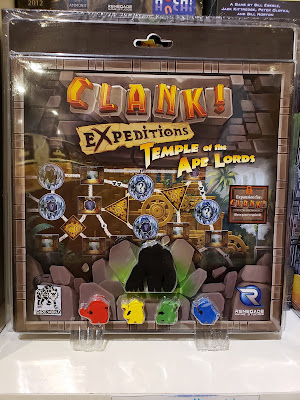 Come grab this hot new expansion to Clank! the deck-building, push-your-luck game that lets you steal from the evil dragon. In Clank! Expeditions: Temple of the Ape Lords! players will receive two new maps, four new meeples, and a new Ape Lord boss token. If you thought stealing from the dragon was hard just wait until you try to steal from the infamous Ape Lord mech. 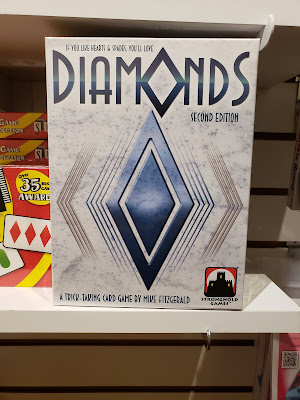 This is a second edition printing of the classic, Diamonds. It is still a trick-taking game in which players attempt to accumulate acrylic diamond pieces. The new edition features all-new Art Deco styling and design, and it comes with the mini-expansion, "The Thief," which previously was only available through other sellers.

Eternal: Chronicles of the Throne 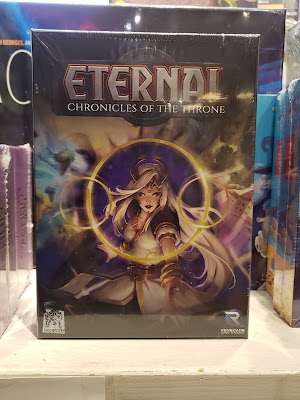 Eternal: Chronicles of the Throne is a deck-building game for two to four players. It is a light to middle-weight game brought to you by the makers of the amazing Clank! You take the role of one of the many royal scions attempting to wrest control of the currently empty throne. In order to accomplish your goal, you must build out your deck in order fend off opponents attacks, make some attacks of your own, and stake your claim. 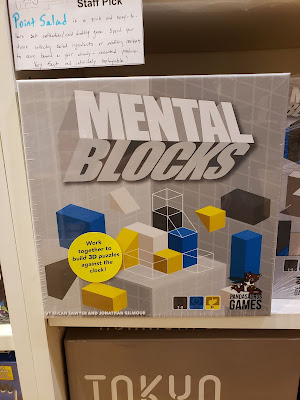 Mental Blocks is a nail-biting game full of puzzling challenges for two to nine players. Work together as a team to try and solve 60 different puzzles of two different degrees of difficulty while racing against the clock. Each player is given a different card with a different visual perspective of the puzzle. They must use these cards to complete the puzzle as quickly as possible but are not allowed to share their card with other players and are restricted from touching certain pieces depending on their perspective. 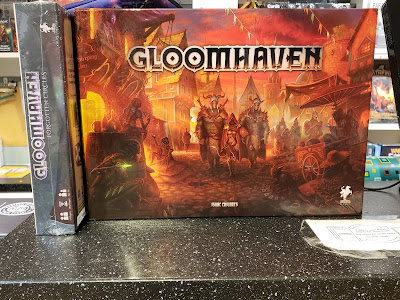 Gloomhaven is back in stock and, for those who have not heard, it is a massive RPG that DMs itself and contains boatloads of content. Literally. The box weighs about 20 pounds. The world of Gloomhaven is immersive and exciting, and the dungeons provide a plethora of crunchy challenges. It is a game that can be started by one player and picked up by someone else several scenarios in, making it easier to hop in and out of sessions. 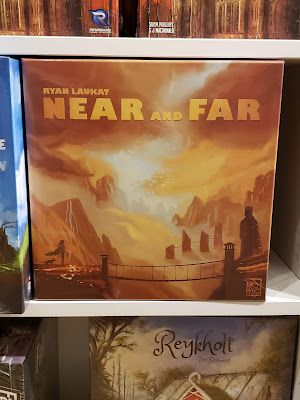 One of Ryan Laukat's beautiful creations Near and Far is in stock and ready to be given a good home. This is a beautiful, story-driven game for those interested in a medium to heavy-weight experience for two to four players. 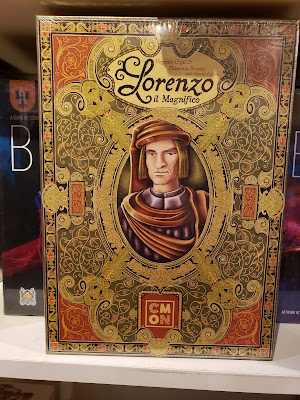 Lorenzo il Magnifico is a beloved CMON game in which players take the role of the head of a noble family attempting to gain fame and prestige. The game is a heavier weight experience that can be played with two to four players; it involves card drafting, dice rolling, and worker placement, as well as some asymmetric powers. 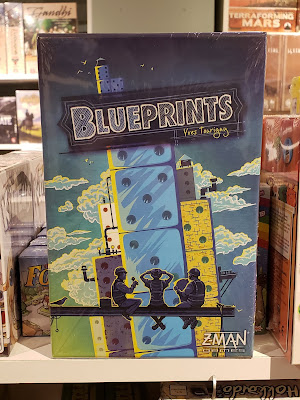 Blueprints is a dice-rolling, pattern-building, and set-collection type game in which two to four players attempt to be the most successful architects by discovering their new blueprints each round and building those blueprints from the available dice. 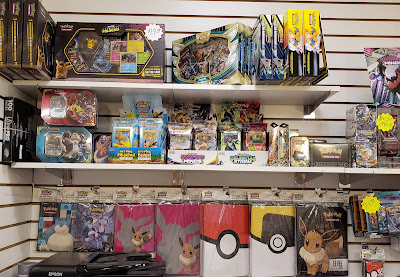 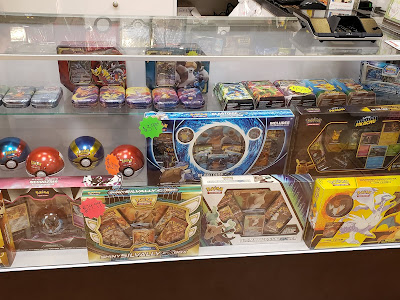 We have a bunch of new and newly restocked Pokemon product for you voracious Pokemon players and collectors to peruse. In particular, we have some new tins and restocked Poke Balls, so come on down to check it all out.
Posted by Labyrinth Games at 12:39 PM