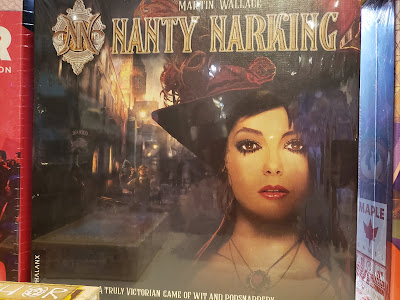 This is an exciting sort-of-reprint from Martin Wallace, who has also worked on such beloved games as Brass Birmingham and Brass Lancashire. When I say sort-of-reprint, I am referring to the fact that Nanty Narking is Wallace's new spin on the same mechanics found in Discworld: Ankh-Morpork. However, Nanty Narking has a wonderful and interesting theme of its own. Set in the Victorian Era of London, Nanty Narking features many beautifully illustrated cards that act as the main way players take actions in the game, and it also features several cards with illustrations of both fictional characters and events from the works of Arthur Conan Doyle and Charles Dickens as well as  real historical figures of the time period. It is an easy-to-learn game with lots of possibilities for strategy and it also features a plethora of gorgeous, stylized miniatures. 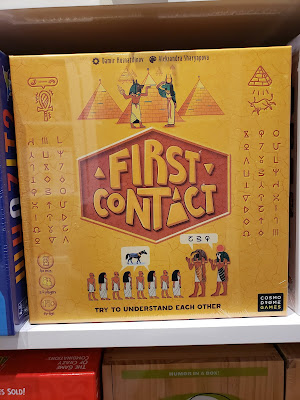 First Contact is a unique party game for 3-7 in which players are divided into either humans/earthlings or aliens. The humans seek to learn new alien words, while the aliens seek to collect souvenirs from earth. Each human has an individual privacy screen, while the aliens have one shared privacy screen. The aliens have a new language pad every game, so that the same symbol won't mean the same thing from game to game, adding replay value. The aliens use their symbol set to communicate which items they want, while the humans try to offer the correct items. The game is competitive and not team-based, so that one individual alien or human will be the winner. 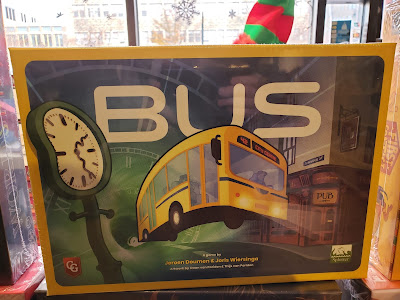 Splotter Spellen's Bus is now at Labyrinth! Bus is a route-building game in which 3-5 players compete for customers as they each build their own public transit lines. Players will build out their bus lines, while also building out the city's layout either to their benefit (i.e., buildings the bring in more customers) or to their opponents' detriment (i.e., buildings that lead to a scarcity of customers on their routes). It is a medium to heavy-weight worker placement, route-building, and pick-up/drop-off game. 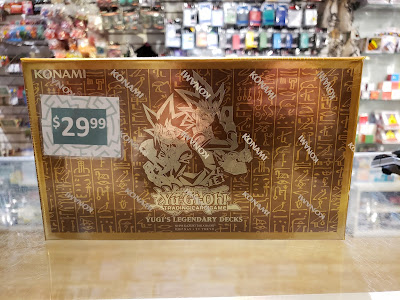 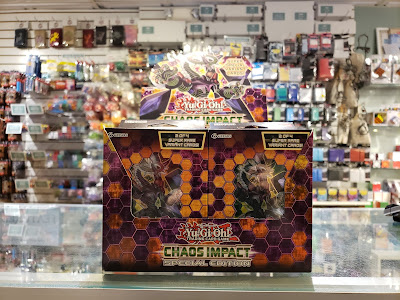 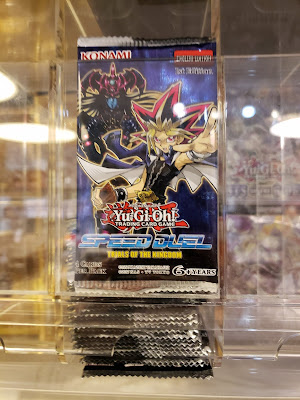 We now have Yu-Gi-Oh Speed Duel: Trials of the Kingdom booster packs and booster boxes! 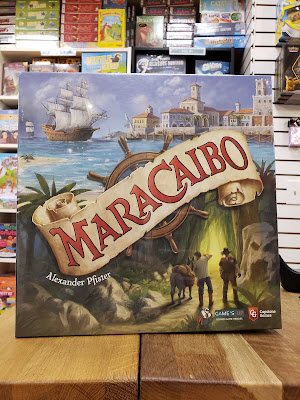 Maracaibo, the new strategy game for 1-4 players by Alexander Pfister, is set in the Caribbean during the 17th century. The players try to increase their influence in three nations in four rounds with a play time of 40 minutes per player. The players sail on a round course through the Caribbean. E.g., you have city tiles where you are able to perform various actions or deliver goods to. One special feature is an implemented quest mode over more and various tiles, which tells the player, who chase after it, a little story. As a player, you move with your ship around the course, managing it by using cards like in other games from Alexander Pfister. 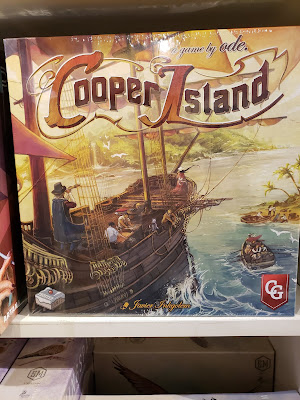 In the age of exploration the players arrive at a new home far away from their homeland. They try to colonize the big island and each player tries to explore one part of it by placing landscape tiles. Landscape tiles grant resources and those are used to erect buildings with special abilities. Barriers on the island have to be removed in order to explore the island even further. Players build valuable statues and supply ships get them the supplies from the old world they need to be a successful settler on Cooper Island. The special thing about Cooper Island is the way the players mark their victory points. They take small ship markers around the island to show their progress. On their way around the island they find smaller islands inshore that grant valuable benefits. After five rounds, a game of Cooper Island ends and the player who developed the best and went on furthest with their ships will win. 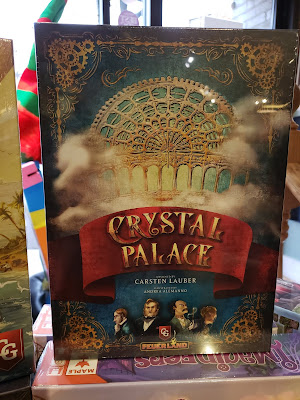 In Crystal Palace, players take on the role of a nation at the time of the first World Fair in London (1851), trying to create a buzz with spectacular inventions and the support of famous and powerful people. Crystal Palace is a dice-placement game in which the players themselves determine the stats of their dice at the beginning of each round. The higher the number, the better — but it comes at a price. In the course of the game, dice are placed on eight action locations (Patent Office, Reform Club, London Times, Port of London, Waterloo Station, British Museum, Bank of England, Westminster) in a competition for the best resources, patents, and brains. In a world of slightly weird inventions, you will meet people like Phileas Fogg, Levi Strauss and Amelia Edwards, and invent gadgets such as the Thinking machine, the Beer glass counter or the Climate changer. 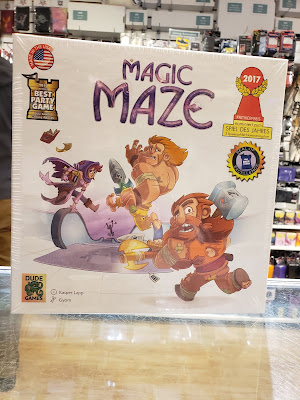 Magic Maze  is finally back in stock at Labyrinth! This is a beloved cooperative title that plays with 1-8 players in about 15 minutes. It involves communication limits, grid movement, and variable player powers. 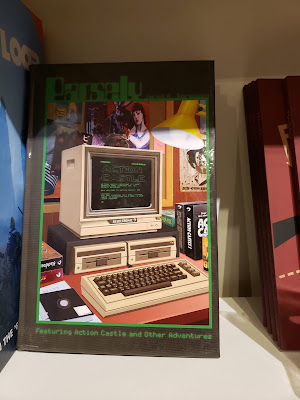 Relive the glory days of floppy disks, dot-matrix printers and 128K RAM with this collection of party games inspired by the text-adventures of the 1980s. Parsely contains 10 classic Parsely games and two brand-new adventurers! 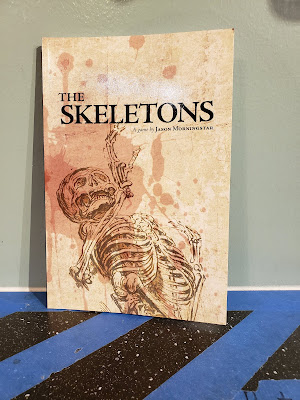 The Skeletons is meditative structured freeform game for 1-6 players. You’ll need a few hours and a private space.The Skeletons flips the script on the classic dungeon crawl— here you play not the intruders, but the guardians, cursed to spend all of eternity defending a tomb. As time passes, both the tomb and its guardians will change. Ferocious battles are fought and won, and the skeletons slowly remember who and what they once were. Melancholy, introspective and spanning epochs, The Skeletons is unlike anything you’ve ever played. 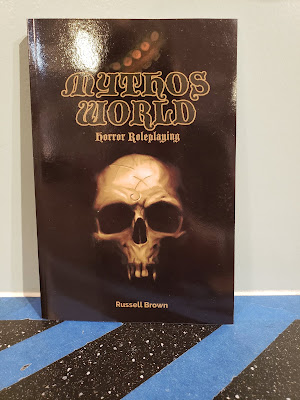 Mythos World brings the storytelling RPG power of the Apocalypse World system to 1920s cosmic horror roleplaying. Uncover the mysteries of the Mythos as a detective, criminal, archeologist, clergy, or a dozen other character professions. Stop the powers that threaten to destroy the human race, or lose your sanity in the attempt. 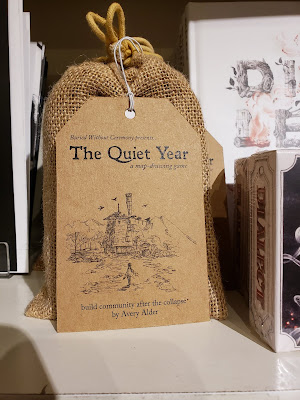 The Quiet Year is a map game and is now back in stock at Labyrinth! The Quiet Year occupies an interesting space – part roleplaying game, part cartographic poetry. 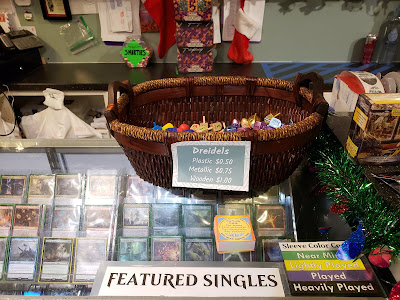 Come check out all the varieties of dreidels we got in! These are a great Hannukah present and a lot of fun to spin around. 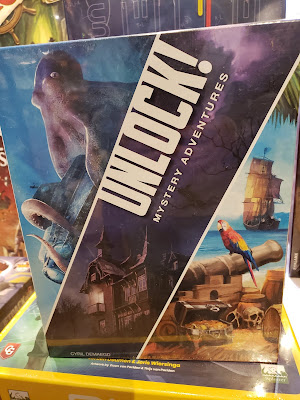 Unlock! is a cooperative card game inspired by escape rooms that uses a simple system which allows you to search scenes, combine objects, and solve riddles. Play Unlock! to embark on great adventures, while seated at a table using only cards and a companion app that can provide clues, check codes, monitor time remaining, etc. Unlock! Mystery Adventures features three "escape room" scenarios that you can play on your tabletop 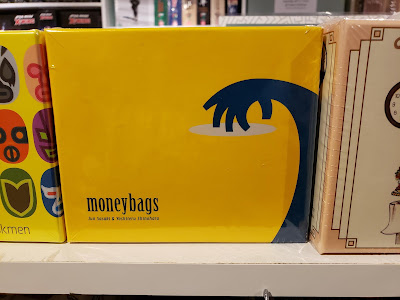 New to Labyrinth this week is Moneybags! In Moneybags players try to have the most gold coins, with each player having their own bag filled with some number of brass coins. If you think you have the most coins, you might want to exit the round to keep them as others will try to transfer coins from your bag to theirs! 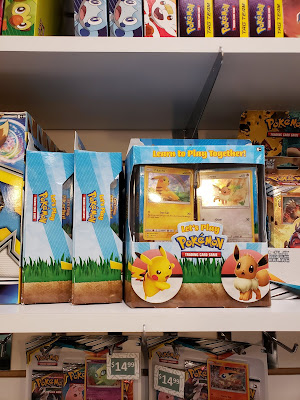 The Let's Play Pokemon Pikachu and Eevee comes with both of the Let's Play decks as well as all the accessories in those decks, including two metal coins, deck boxes, damage counter sheets, and playmats.

Posted by Labyrinth Games at 5:14 PM