Check out what's new at Labyrinth as well as these great games we just got back in stock! 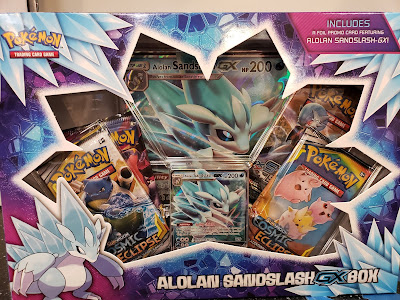 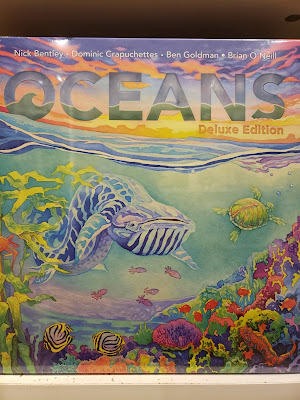 Oceans KS Deluxe Edition comes with foil promo cards, card sleeves, a 5-6 player expansion, acrylic fish tokens, and cloth food bags. This game is in a similar vein to Evolution (its predecessor), but it is more concerned with keeping balance in the ecosystem. For instance, there is a chance your species may even overpopulate and cause problems because of overpopulation. 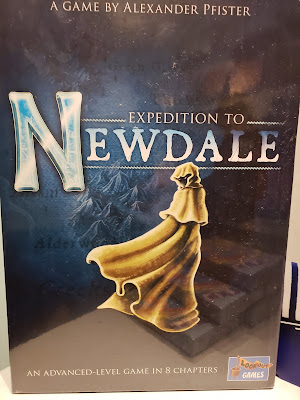 Expedition to Newdale is the new Oh my Goods! game from renowned designer Alexander Pfister. In this board game adaption of the successful card game, 1 to 4 players from 12 and up compete in different chapters to experience the world of the Longsdale kingdom once again. The story of Expedition to Newdale starts about five years after the events from Oh my Goods! Escape to Canyon Brook, but you don’t need to know the prequels at all. Each chapter of the game lasts about 90 minutes which adds up to around 12 hours of exciting campaign gameplay. And when you found your favorite chapter while playing the campaign, you can always come back and play it again to have even more fun! 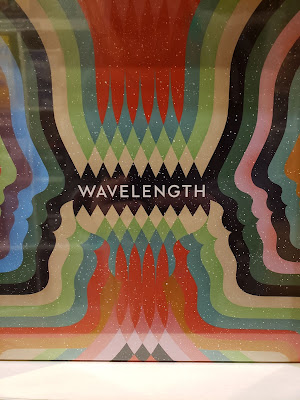 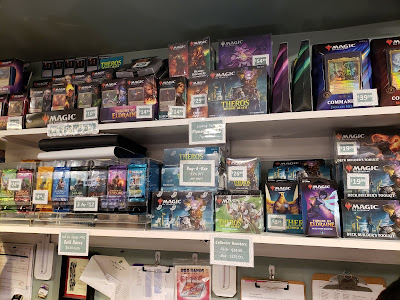 We now have playmats with art from Theros Beyond Death, as well as new deck boxes and sleeves with art of the three planeswalkers of this set (i.e., Ashiok, Elspeth, and Calix). Come check them out today at Labyrinth along with the holiday bundles and more. Also, come celebrate the official release of Theros Beyond Death with us. We are now selling THB boosters, and we also have booster boxes and collector booster boxes for sale. 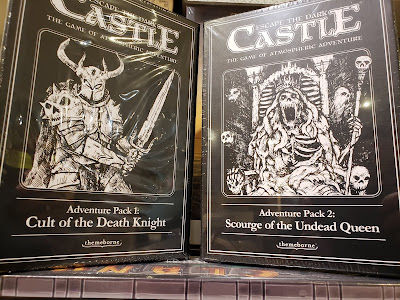 Are you a fan of the cooperative, RPG-lite. storytelling game, Escape the Dark Castle? If so, you might want to check the expansions we just received, as they all add new chapter cards, characters, and even some new rules and bosses. We currently have "Cult of the Death Knight" and "Scourge of the Undead Queen." 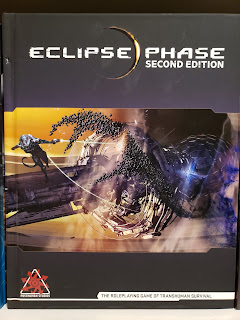 This is a super cool, transhumanist, sci-fi RPG that has just received its much anticipated second edition. RPG fans will be glad to know that there is still a copy to be snagged over at Labyrinth! 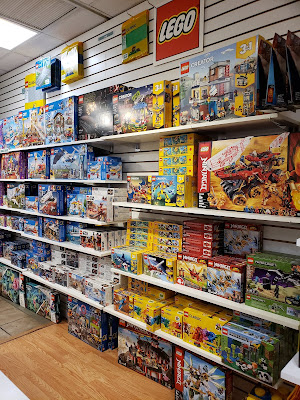 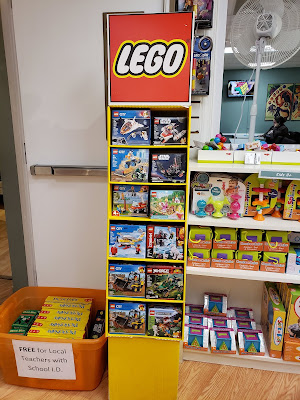 We recently received a restock on some of our most popular Lego sets and Lego Duplo, as well as some new Star Wars, Minecraft, and Ninjago sets. Come and take a look-see! 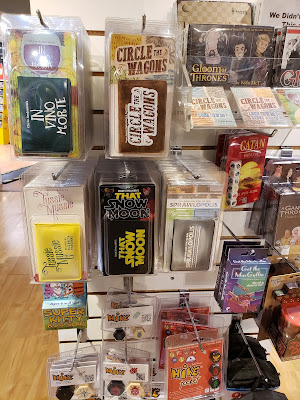 We got all the Button Shy Games back in stock! These are all wonderful, wallet-sized games that are a lot of fun. If you'd like to learn any more about these games, then feel free to stop in and ask a Labyrinth staffer. 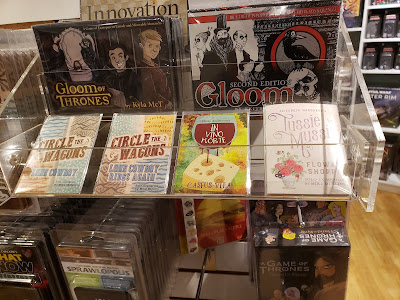 We received some really cool expansions to our Button Shy Games, including a solo mode expansion for Tussie Mussie and Circle the Wagons, as well as a cheese expansion for In Vino Morte that adds a little something extra to this super fun bluffing game. 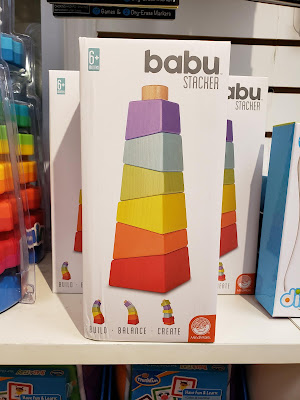 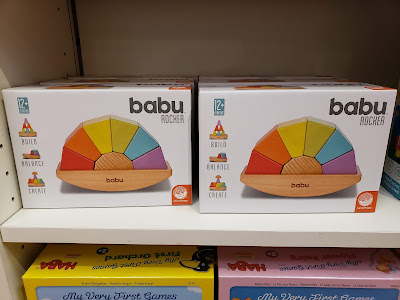 These are two great new toys with lovely painted, wooden pieces that are very solid. The Stacker is for 6+ months and the Rocker is for 12+ months 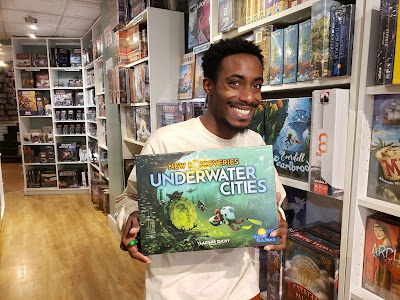 New Discoveries, the first expansion to the wildly popular game, Underwater Cities, will offer many new challenges to players who own the original game. This will be a 'must-have' expansion for customers who own the game! New asymmetric assistants and starting resource cards help speed up the game. There are also 52 new cards to add even more choices and new 3-layered player boards that upgrade the boards from the existing game--plus 4 new double-sided boards! The Museum of Underwater Artifacts board offers enticing treasures and new Metropolises provide even more variability from game to game.

The Expanse (The Board Game) 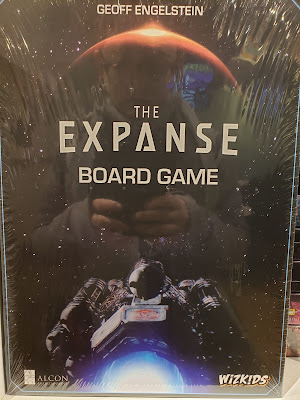 While not new, The Expanse board game is now at Labyrinth. The Expanse, a board game based on the Syfy television series of the same name, focuses on politics, conquest and intrigue similar to the board game Twilight Struggle, although with a shorter playing time. The card-driven game uses key images from the show, along with action points and events that allow players to move and place "Fleets" and "Influence." 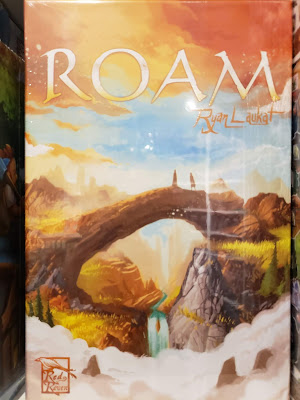 Welcome to Arzium, land of ancient civilizations, bizarre creatures, unexplained wonders, and vibrant characters. A great sleeping sickness has spread across the land, sending every type of creature to wander for hundreds of miles in a dazed, incoherent march. It’s your job to seek them out and wake them from their sleep, recruiting them to help you find even more lost souls! Roam is a pool-building and area control style game for two to four players by tried-and-tested designer, Ryan Laukat. 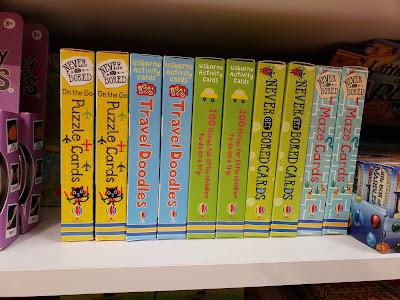 There are a bunch of new Usborne travel activity cards that each come with a set of challenge and puzzle activities on dry-erase cards as well as a dry-erase marker with which to fill them out. 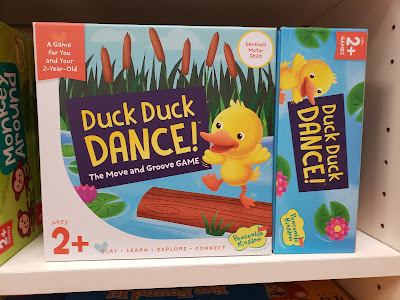 Get moving and grooving with this fun dancing game for toddlers! Duck Duck Dance! is simple and sweet, with 4 large dice featuring 8 different easy dance moves. From spinning to wiggling, players imitate the adorable ducks to uncover the 4 audience members to complete the game! All 2+ games include a parent guide with tips for adapting the game to your child’s age and skill level, as well as fun twists to play the game in new ways! 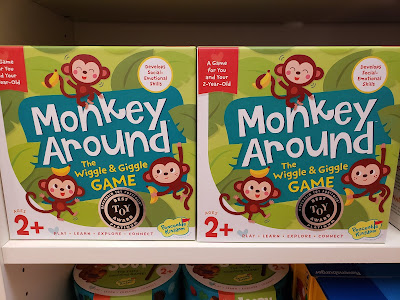 Get ready to get up and move! Monkey Around contains 40 cards that prompt players to do movements together - from hugs, to high fives, to simple skills like balancing, hopping, and marching. Included in the game is a bean bag banana that adds to the fun and learning.
A wonderful first board game for kids that was created specifically for you and your two year old. Kids love getting to move about while playing a game!

Posted by Labyrinth Games at 6:50 PM