Check out these new and newly stocked/restocked games at Labyrinth!

Two Rooms and a Boom 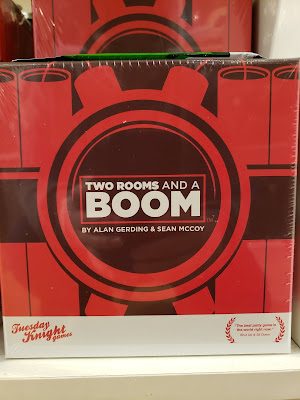 The hidden-role/social deduction game for 6-30 players is back at Labyrinth!

Root and Root: The Riverfolk Expansion 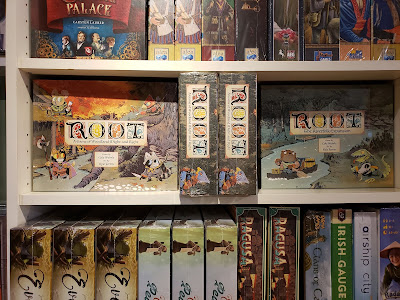 Root and its "Riverfolk Expansion" are back at Labyrinth! Root is an amazing game with truly asymmetrical play and gorgeous art and one we are so glad to have back in stock. 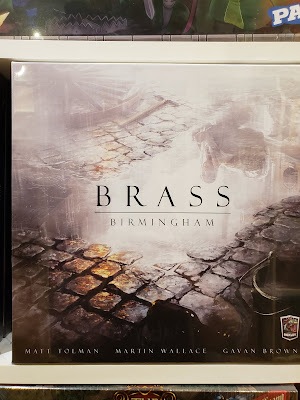 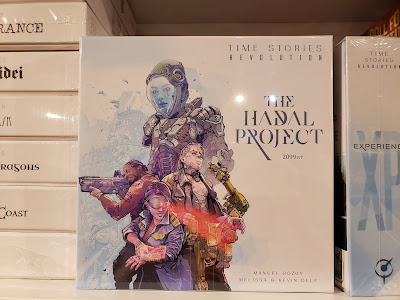 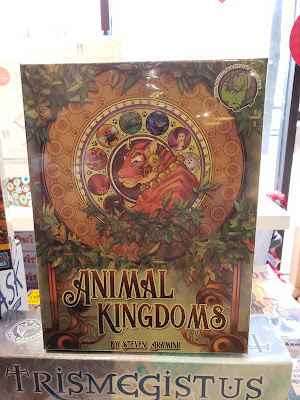 "In Animal Kingdoms, each player takes on the role of a house leader, battling to gain control of the five kingdoms. Cards in your hand represent noble beasts that have pledged their allegiance to you. Over the course of three ages, you must deploy your beasts to the various territories – making sure that you adhere to each kingdom’s decree – to try and improve your influential position in the kingdoms. The house that gains the most influence by the end of the third age is declared the one true leader of the realm" (BoardGameGeek). 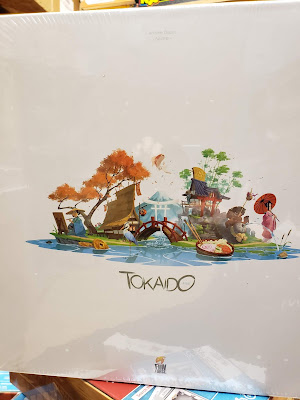 Tokaido is now back at Labyrinth along with its expansion Tokaido: Crossroads! 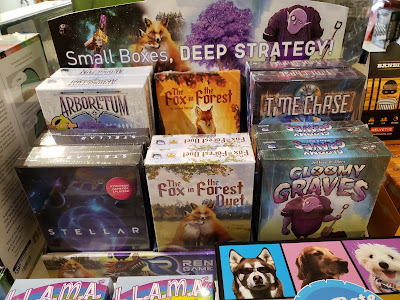 We have two new small card games from Renegade Games now in stock at Labyrinth. Stellar is a two-player only game in which players build a tableau of the night sky from different star-gazing cards and then score points for how well their tableau has been built. In Gloomy Graves 2-4 players attempt to keep both their private cemetery as well as the communal cemetery organized while scoring points for certain corpse placement. Both games are a blast and have demos available for play at Labyrinth! 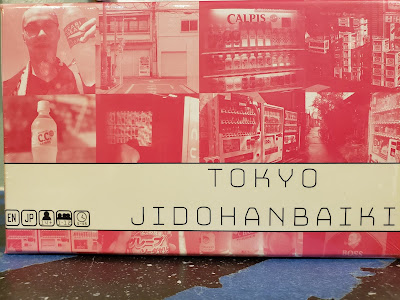 "TOKYO JIDOHANBAIKI is a game about Japanese vending machines and drinks, with multiple 5-10 minute games inside. The core of the gameplay centers on a vending machine drink tower, into which miniature drinks are dropped. Some of the drinks will come out again, and others won't! Included in the game are six drink types, with six different colors, that fit conveniently into six yellow drink crates. Each game has its own unique twist, offering a fun and easy to pick up experience for 1-6 players. On top of the standalone games included, JIDOHANBAIKI comes with extra components and rules that are used specifically to integrate with both TOKYO METRO & TOKYO JUTAKU" (BoardGameGeek). 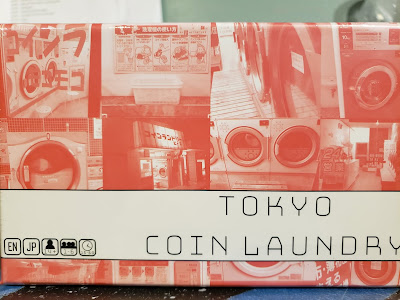 "A game showcasing the wonderful experiences that can exist only from doing one's laundry at a coin laundry, TOKYO COIN LAUNDRY offers everything from role playing, to team games, to timed dexterity! Just like TOKYO JIDOHANBAIKI, TOKYO COIN LAUNDRY features over twenty game rules out of the box from talented guest designers across the globe, using the same components" (BoardGameGeek). 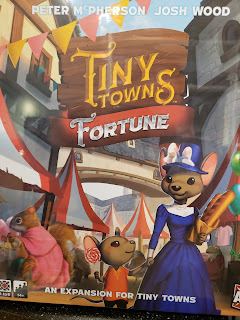 "Tiny Towns ..., designed by Peter McPherson, puts you in the role of building a tiny town in the forest. The smaller creatures of the forest have created a civilization free of predators, and they look to you as mayor to guide their growing and thriving town. However, the area is small, and resources are scarce. The clever use of limited resources will determine the most successful tiny town. In the expansion Tiny Towns: Fortune, the creatures of the forest have found a way to trick each other into thinking shiny bits of metal have [an] arbitrary value. It’s very useful—so much so that you can use this thing called “money” to get other creatures to give you almost anything in return for the right number of shiny bits. If only earning money [wasn’t] so difficult!" (PHD Games).

Masters of the Renaissance: Lorenzo Il Magnifico The Card Game 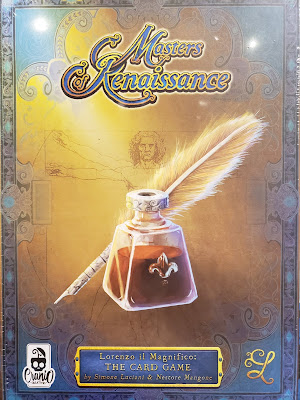 "Relive the majestic Renaissance period in Masters of Renaissance: Lorenzo Il Magnifico – The Card Game. Masters of the Renaissance is a new engine-building game that recreates the atmosphere of Lorenzo il Magnifico with simple rules and a limited duration. On your turn, you draw a Development card, take resources from the market or activate Development cards on your board. Each Development card allows you to transform resources by moving them from your limited depots to the unlimited bank space; in this way, you will be able to accumulate many resources to purchase the most powerful cards. As in Lorenzo il Magnifico, you will have to follow the requests of your leaders to gain access to their powers. The game uses an engine-building mechanism, with which players will develop their properties to increase their faith and military power to generate victory points" (BoardGameGeek). 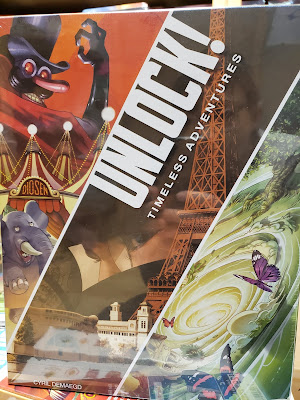 "Unlock! Timeless Adventures features three new "escape room" scenarios that you can play on your tabletop...The three scenarios are 'The Noside Show,' 'Arsène Lupin and the Great White Diamond,' and 'Lost in the ChronoWarp'" (BoardGameGeek).

Posted by Labyrinth Games at 2:06 PM