Hello, Labyrinth friends, our social media staff are working on a new series of blog articles all about how to build out your board game collection.


This week we will talk a little bit about worker placement. Whether you are just getting into board games or have been playing for a while, worker placement is a very versatile mechanic that can range in complexity from light-weight to heavy-weight. The worker placement mechanic more often than not involves each player having a pool of worker-shaped meeples that they then get to place on the action of their choice. In this way, players are limited to a certain number of actions per turn or round, though often there are many ways to maximize the number of actions a player can take through either gaining new workers or upgrading current workers. Often the thinking required for worker-placement games involves sequencing actions in the most efficient way possible in order to build an engine for producing whatever resources or revenue the specific game requires for scoring victory points. Here at Labyrinth, our staffers love worker-placement games, so we are more than happy to offer some recommendations for starting this part of your collection.

Here are a few options for worker placement games that can potentially be played with younger gamers, while also being easy-to-learn for adults. 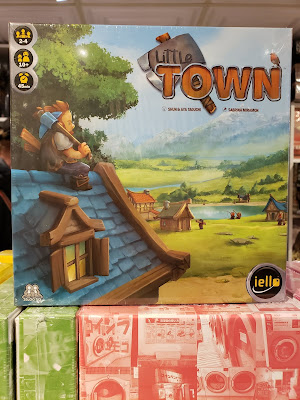 Little Town is a great little game that only lasts four rounds and can be played with kids 9-years-old and up (sometimes younger depending on individual kids' reading levels). In the game you place three workers per round, and, when you place a worker, you gain the resources from all the surrounding tiles. You can then use these resources to construct buildings that gain victory points and benefit you later on in the game whenever those buildings are used. It is fun and fast and light enough that it's a great choice for family game night. 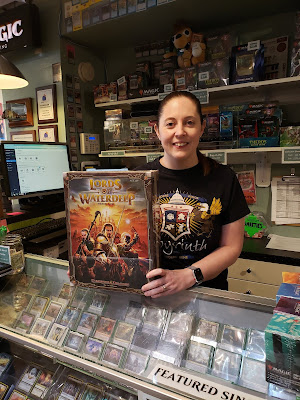 "Lords of Waterdeep is a worker placement game that is set in the D&D universe. Players take control of one of the powerful lords of Waterdeep and play the game over several rounds, placing workers to gain resources necessary to complete quests or build new buildings. The game is extremely fun and offers lots of choice in how to strategize, and there's also some light role-playing elements, which are really fun. Depending on the player, it's also a game that could be played from 12-years-old and up." --Melissa 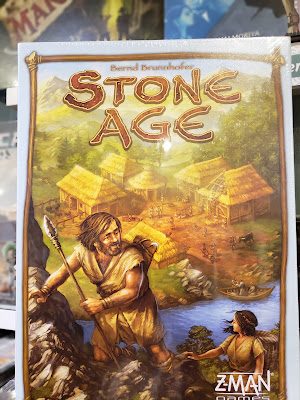 Stone Age is roughly the same level of complexity as Lords of Waterdeep, though both of these games are more complex than Little Town. It is best for older kids if you plan to play it with the family. Stone Age is a game in which placing your workers can produce resources (those resources including new worker meeples) for expanding your tribe and advancing your civilization. It has a charming aesthetic, while also containing really nice pieces and fun gameplay choices.

The following games offer more numerous and complex options for players and are a little bit trickier to learn.

Architects of the West Kingdom 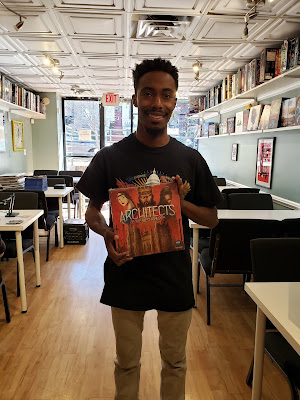 "In Architects of the West Kingdom, 1-5 players are competing royal architects trying to impress the King. One of the most fun mechanics in this game is the jail action, with which players can send opponents' workers to jail if they have gathered too many workers in one action space. Otherwise, it is also just a really rich experience, where you have a whole lot of options for how to obtain victory, and the components are beautiful as well." --Setorie This game also just had an expansion come out called Age of Artisans that adds a lot of new depths to the game. 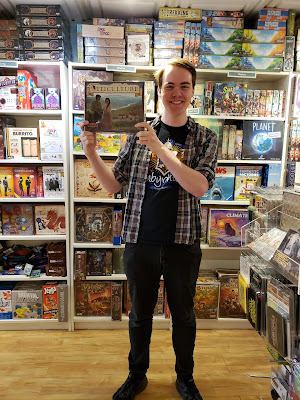 "Viticulture is an amazing worker placement game! It's fairly complex, though not so complex as to be unapproachable. Players take on the role of people in pre-Modern Tuscany, trying to make their small vineyard a success. Everyone starts with only 3 workers and, later in the game, people who visit your vineyard can help by volunteering under your workers' supervision. It's a fairly unique experience coupled with nice aesthetics."--Matt

Starting your board game collection can be hard, as there are hundreds of options in each category, genre, and type of game. These are some of our favorite suggestions for starting your worker placement game collection or even completing it. If you would like to hear even more options just stop by the shop and our staffers are happy to make additional recommendations. We may also have some options for 2-player only worker placement as well. Look out for our next article, "Building Your Board Game Collection #2:  Territory/Area Control."

Posted by Labyrinth Games at 2:07 PM