Father's Day is just around the corner and we have a great selection of potential gifts for the various dads in everyone's lives. While it's always best to go with the most personalized option, we have put together a list of potential ideas that hopefully will provide everyone with a good jumping off point. For me personally, I know my father is really into video games, X-files, Star Trek, and all the spooky but cheesy stuff, so that's generally where my ideas are coming from, though I have adjusted  my thoughts to be applied more generally. 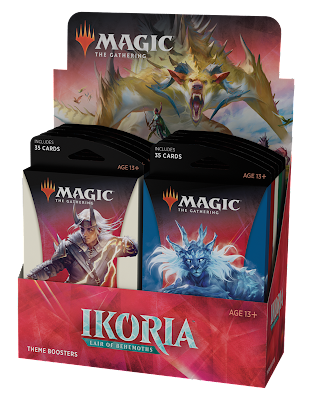 While it may seem simple, I think buying someone who loves Magic the Gathering some boosters or a booster box along with a few accessories to go with that can be a very lovely gift. In particular, for a dad who loves Magic, if you want to buy them a booster box so that they can play a draft (a game in which players build a deck on the spot using sealed packs to build their pool of cards) with either the family or close friends, that might be paired well with a set of card sleeves or a card binder to slot all the rares and mythic rares into a safe spot. As someone who knows the joy of collecting, which I often watched my father do with his coins, stamps, and baseball cards growing up, I think that this is a great choice for anyone whose dad loves collecting and playing Magic. 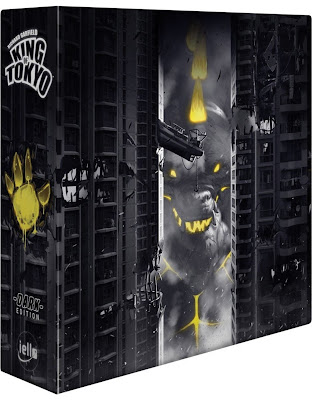 For those not familiar with the modern hit, King of Tokyo, it is a beautiful combination of Godzilla-like monsters and similar mechanics to Yahtzee. Some of you may remember me mentioning this one in a post earlier this week, as In this newest version of the game, all of the artwork and look of the game has gone to the dark side. Along with completely revamped artwork, this version comes with amazing new components. The new dice are gorgeous and frosted design and the components are twice as sturdy. Funnily enough both King of Tokyo and Magic were in part created by the same designer, Richard Garfield, who is well-known for making beloved titles that become instant classics. 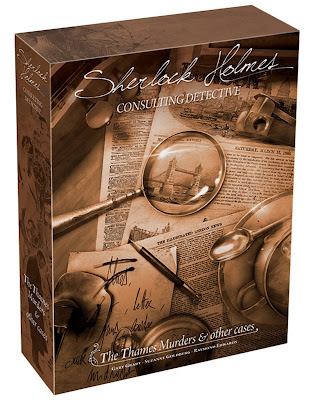 This series of mysteries is a fantastic choice for Father's Day for anyone whose dad enjoys a good brainteaser with narrative elements that can be worked on with friends and family. Each mystery is a one-off, but there are ten mysteries in each different iteration of the series. Each box comes with a set of interactive materials like maps, newspapers, a clue book, and a directory that all simulate the feeling of actually being an investigator on the case, as you play one of Sherlock Holmes' apprentices and try to solve the case in as few steps as possible. Each person in your group will take a turn deciding which lead to pursue and you'll talk among each other about what the clue you've gathered mean and where you ought to search next. It weaves a very special, collaborative and imaginative atmosphere and brings everyone together, which seems like a great way to spend Father's Day. It is also fairly easy to play over Zoom for us who can't go see our dads in person right now. 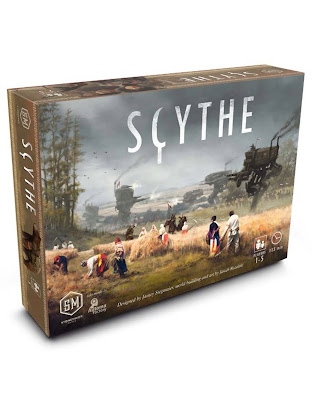 Scythe is a great game of resource management, engine building, and alternate history Post-WWI Diesel Punk coolness. The game, actually inspired by the artwork rather than vice versa, makes for a great gift for any dads who enjoy an in-depth engine-builder that still manages to be fairly accessible, despite its intimidating exterior. The game comes with gorgeous miniatures and is a monster in terms of size and content, so much so that you'll be playing it for a while to come. It's one of my favorite games of all time, and is one that I know my dad will love once I get the chance to sit down with him for a game.

Some smaller suggestions that I might recommend are Abandon All Artichokes, Skull, Gloom, and Monikers. All of these game are fantastic in their own ways--from bluffing to party games to macabre story-telling card games to deck management.

I hope these suggestions have been helpful, and be sure to get your orders in tonight and tomorrow, so you can pick them up in time for Sunday!


Posted by Labyrinth Games at 7:51 PM No comments:

Games that Reinforce Empathy and Socialization Skills For Kids

We know that kids are dealing with a lot of unprecedented stress and change, so we thought it might be helpful to talk about games that help kids from younger to older to practice empathy and socializing in positive ways. I personally believe that using games as a supplement to discussing complicated feelings and social interactions can be really helpful, so long as they are in conjunction with that sort of conversation. The three games I have compiled here today range from being for much younger kids to being for kids entering preteens, so that hopefully there is a good range in here for parents. I will arrange the games in order from youngest to oldest. 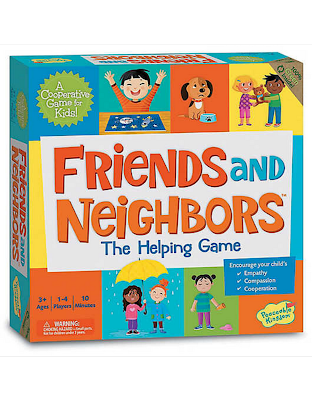 The concept of Friends & Neighbors is pretty straightforward, as it is a matching game for kids ages 3+ ; however, the difference comes in how matches are made in the game. During the game parents and young kids are given a board, and they pull items out of the Helping Bag. They have to look at the different pictures on their board and figure out which person would be helped by the item based on the emotions and problems each person in each pictures is dealing with. Parents can then read the different descriptions of the emotions and help their kids begin recognizing how to identify expressions and how to identify what might alleviate the problems the different people experience. The game does a lot of work helping kids learn how to practice observation, care, and empathy in a productive way and how to express empathy and emotion in a positive way. 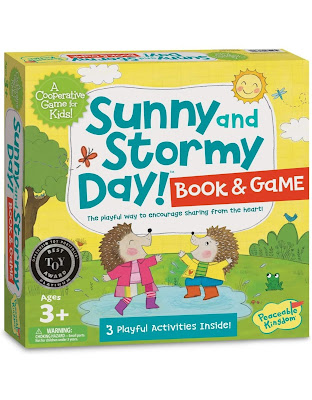 This game approaches the topic of feelings from a slightly different angle than Friends & Neighbors. In Sunny and Stormy Day!, parents follow through Max the hedgehog's day with their kids ages 3+ in a picture book, and then use memory to find all the happy or sadder moments (i.e., sunny or stormy) throughout the story. Then kids get the chance to use these things called sharing tiles with sun, rainbow, and cloud icons to share about the different parts of their day with everyone in the family. In this way kids start to learn how to express their own feelings, as well as identify which things make them happy or not. This allows them to start seeing the complicated connections between feelings and experiences.

For older kids there are other games that can help reinforce empathy and socialization. The Dungeons & Dragons games we run for kids within our Guild of Heroes program are a wonderful opportunity for kids to learn all about being heroic, the satisfaction that can be found in helping others, and how to act cooperatively with party members. The ages of kids who play in our games range anywhere from 7-16 years old, though, of course, we try to keep kids of the same age group together. We do our best to create separate events for kids who are significantly younger, as well as for kids who are on the significantly older end of that age range. The DMs guide the kids through various adventures and ask them to think about what their own definition of heroism is, while asking questions that require kids to consider what the most heroic act might be in any given situation. We do our best to empower the kids to think about these things on their own.


All of these games are great options for helping kids to practice socializing, empathy, and understanding, and we at Labyrinth are all about fostering those sorts of skills. They provide a great foundation for thoughtfully approaching how we engage with other people in our communities and in our lives, and, equally importantly, how we relate to and empathize with ourselves in a healthy manner. They also foster creative thinking and problem-solving, which are always great bonuses.


Posted by Labyrinth Games at 11:08 AM No comments: