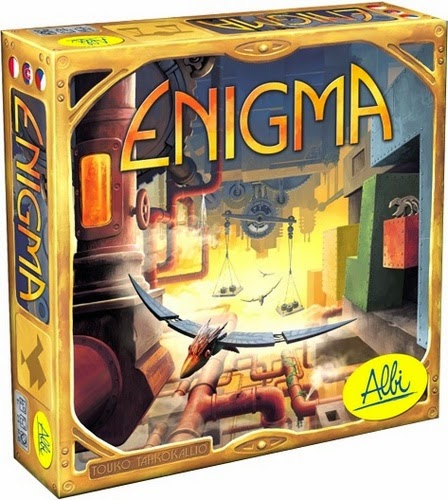 Explore a mysterious puzzle-temple and show off your puzzle-archaeology skills with your friends in Enigma. Solve one of four different types of puzzles as other explorers do the same to expand the temple and deploy your archaeologists. Once you've plumbed the depths of the temple, recover the archaeologists from the chain of rooms and score points. If solving a puzzle made up of smaller puzzles and outmaneuvering your fellow explorers sounds like your kind of adventure, Enigma and its mysteries is sure to be a hit!

Jump into the world of book collecting in a medieval monastery with Biblios. Create and run a scriptorium with the limited funds donated to the church to create enlightened folios and win favor for your church. Keep the bishop on your side and amass the greatest collection of varied texts. This has been an eagerly awaited reprint of a great game! We finally have it in stock! 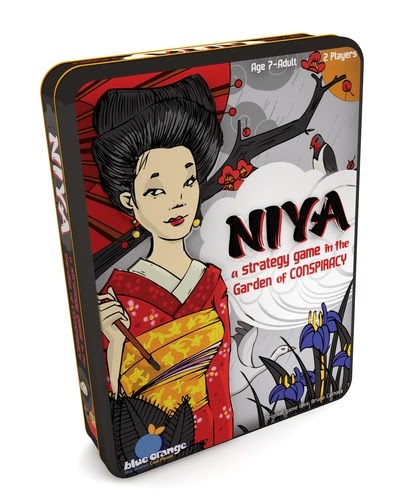 Gather your clan in the Japanese Imperial Garden to gain the favor of the Emperor in Niya. But watch out, a rival clan is trying to do so as well and it is up to you to be the first to arrange your clan in a group of four or else leave no places for your rivals to go. This two-player game is an excellent strategy game where you are constantly trying to back your opponent into a corner while still advancing your own plans. It's been a favorite in Game Club so far. One of the children described it as a peaceful, pretty version of tic-tac-toe. There is quite a bit more strategy involved than normal tic-tac-toe, but it definitely is beautiful. 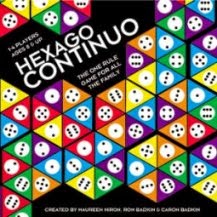 Connect as many sides as you can in this exciting matching game. If you've ever felt that Continuo cards had two sides too few, Hexago Continuo solves that issue with hexagonal cards that can connect and score points for you when you match colors or numbers. If you can connect the most hexagons and connect them well, you'll be the master of the kaleidoscopesque game of Hexago Continuo!

Have you ever enjoyed a story so much you wish you could be a part of it? Now you can side with the characters of the classic fable when you play The Hare & the Tortoise. Players will make wagers on which of the four racers will be the first to cross the finish line and help them on their way in this lighthearted racing game. Each character moves differently though. Are you going to assist the duck who will move spaces equal to the number of cards played, or the hare who will move four spaces unless they're already in the lead? Add cards to help your chosen racer, or disrupt others in this unique racing game. 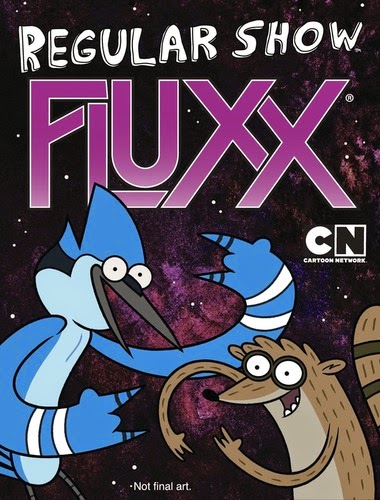 Local game designers, Looney Labs, have added a new version for the hit game Fluxx! If you're a fan of the Cartoon Network show, Regular Show, Regular Show Fluxx is sure to be a laugh riot!

New demos added to our game library this week include:
Niya, Mille Bornes, Sultaniya
Posted by Labyrinth Games at 10:37 AM