by Alexander "Floop the Pig" Smith 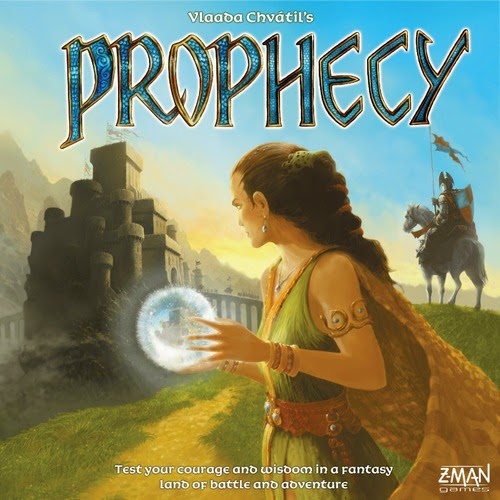 Travel around the astral realms slinging spells and grabbing ancient artifacts from the claws of the demons in Prophecy. Think that dice will move you around the board? Think again! Use spells and abilities to move around and fight monsters, but don't overexert yourself or you'll have to spend time recouping your energy while your opponents press on.

If you're a fan of the classic, Talisman, this fantasy game by the famed game designer Vlaada Chvatil might be right up your alley.

Battle-torn homelands are unsafe for the few species who have survived intergalactic war. For those who remain, the face of an alien is the face of death itself. Well...that was the case years ago, but now is the time to make peace and rebuild. In Among the Stars, various alien races have banded together to form the Alliance and build space stations together. Score points by creating an efficient station, but the station parts you don't draft will be passed along to the next player. The war might be over, but old rivalries die hard and you'll show these backplanet yokels the value of a good Galactic Resort as soon as you complete your Transport Platforms. A mix of tile-laying and drafting, Among the Stars is sure to offer endless hours of post-war reconstruction fun. 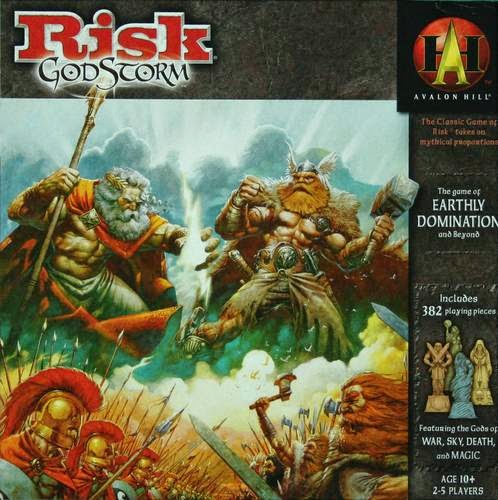 This one is not new, but new to us. Risk: Godstorm is the mythologically-charged grudge match that history never gave us - an all out battle royale between the Greeks, Egyptians, Celts, Babylonians, and the Norse. Each civilization will be able to enlist their gods in their struggle. This game is dripping with flavorful aspects from myths such as the territory of Atlantis which is astoundingly prosperous up until it sinks. If you're looking for a little extra spice to your regular game of Risk, Risk: Godstorm is a welcome variant of the classic game of global domination.

Gotta smack those evil wizards to get the sweetest of loot, and fortunately there are a lot of evil wizards and other assorted baddies in Adventure Time's land of Ooo. Munchkin Adventure Time brings your favorite surreal cartoon to your favorite dungeon-crawling back-stabbing card game with 168 cards depicting heroes, monsters and items from the show. Playable with itself as well as with other versions of Munchkin, this version brings eight reversible character cards that you can begin the game with and start off with bonuses right out of the gate. Each card features main characters from the show and their mirror world double on the other, allowing players to choose between Finn and Fiona or Marceline and Marshall Lee. A great game for fans of the show or for anyone who thought Munchkin couldn't get any crazier.

Also from Adventure Time's land of Ooo is the newest starter pack for the ultimate game of dweebs versus cool guys; Adventure Time: Card Wars - Princess Bubblegum vs. Lumpy Space Princess. Use NiceLands creatures to manipulate damage to find the 'sweet spot' for special bonuses or play with the synergies between Blue Plains and Useless Swamp creatures to lay on the pain to your opponents. A great way to get into the premier card game of the fictional land of Ooo, or a great way to mix it up and add new creatures to your existing decks, this two player starter set will have you saying, "Oh my glob." 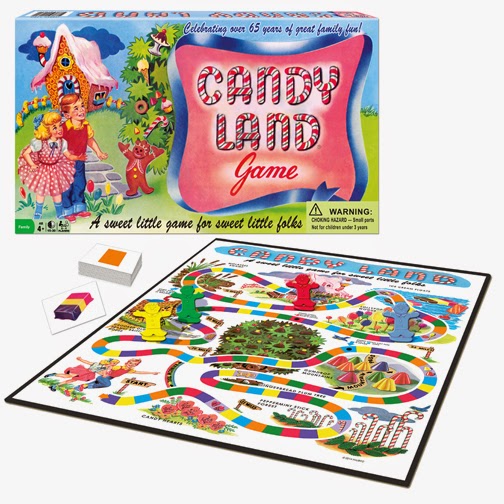 Princess Bubblegum may rule a kingdom of candy people, but when it comes to games, the gingerbread crown goes to the classic...Candy Land! When I say classic, I do mean classic as this newly published, retro version of the game brings back the charming graphics from the game's early days. Move your gingerbread men through the Gumdrop Mountains and Molasses Swamp, but watch out for Cherry Pitfalls! This game is easy to learn and a family favorite, so now is a great time to sink your teeth into this sweet game (but don't forget to brush your teeth afterward)! 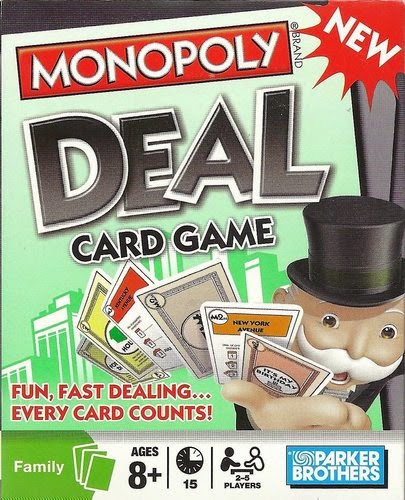 Did you think Monopoly was all about rolling the die juuuust right to narrowly avoid the gauntlet of hotels and dark blue properties? Terrible dice luck is a thing of the past with Monopoly Deal, the card game based on the classic game of property acquisition and development. Each card can be used as money, so its up to you if you want to use your card as a property, development or cold hard cash. You have to think before you use Marvin Gardens as cash to finance Park Place though, because collecting one set of properties might be more difficult than another at any given time. Plan out your empire and claim your Monopoly!

These ARE the workbooks you are looking for. What better way to make learning fun than Star Wars Workbooks for your kids? Help younglings aged five to nine become padawans with the help of some of your favorite Star Wars characters. Aimed to help children from preschool to 2nd grade, these books cover topics from ABCs to Phonics to Reading, Writing and Math. Take a look at these fun learning workbooks to start your Jedi training, and may the Force be with you.

New demos added to our game library this week include: Dreaming Spires
Posted by Labyrinth Games at 10:11 PM