What's New at Labyrinth: 06/29/18
Hey folks! We've got an exciting assortment of arrivals, both new faces and old friends returning. Take a look! 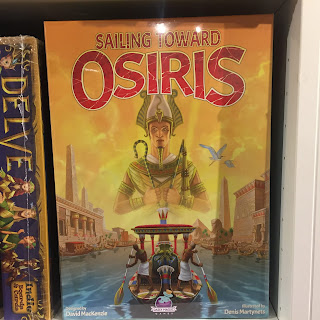 In the age of Old Egypt, at the height of its glory, the Pharaoh has died without heir. Now, as his body makes its final procession by barge to its resting place, it falls to you, the governors of the various provinces, to take up the duty of a monarch's child and build grand monuments in his honor, so that mighty Osiris may see the Pharaoh was loved and judge him accordingly. Sailing Toward Osiris plays in deceptively simple and quick fashion with each turn consisting of a single action. Hoard resources, assign workers, and time your movements carefully to claim the title of Pharaoh. 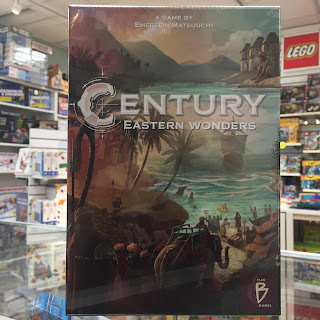 Century: Eastern Wonders is the second game in the Century spice-trading trilogy. Leaving behind the desert caravans players now take to the high seas, darting between the colorful islands of Indonesia in search of valuable spices! With a map of hexagonal tiles that's different each play through and a wide range of viable strategies, Eastern Wonders provides near-infinite replay value. For an added bonus, one may combine Century: Eastern Wonders with Century: Spice Road for a brand new experience: Sand to Sea. 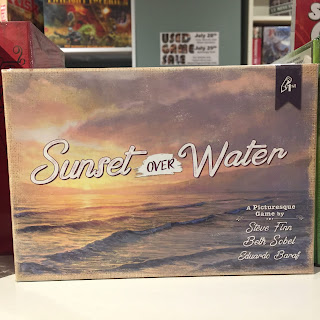 Have you ever dreamed for the pastoral life of a landscape artist? Sunset Over Water is a game of breathtaking vistas and the pursuit of artistic immortality. Players set plans and execute long treks through the wilderness in order to find the greatest landscape possible. Sell your works for wealth, or keep them for your own edification. With beautiful portrait cards and lovely components, Sunset Over Water is a joy to play. 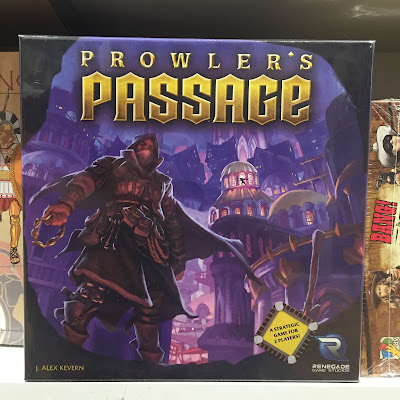 Prowler's Passage is a two-player game of stealth and strategy. In it, you play as a pair of rival thieves tunneling through the districts of a fantastically wealthy city. Both seeking at every turn to outdo the other. Place tunnels, infiltrate districts, and seize treasure. May the best thief win!

Legend of the Five Rings: Breath of the Kami 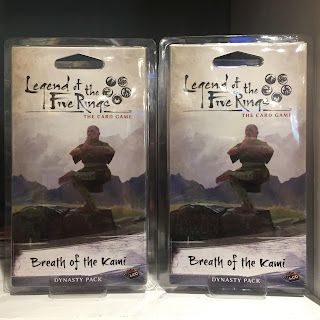 Breath of the Kami is the first pack in the Elements cyle, bringing the Five Elements of Rokugan and the Shugenja who wield them to the fore. Breath of the Kami focuses upon the element of Air; an element of subtle manipulation that can be roused into a storm of destruction. It also sees Mantis clan rejoining the battle for Rokugan for the first time since the release of the LCG! Definitely worth grabbing for any fan of the game.
Arkham Horror LCG: Return to The Night of the Zealot 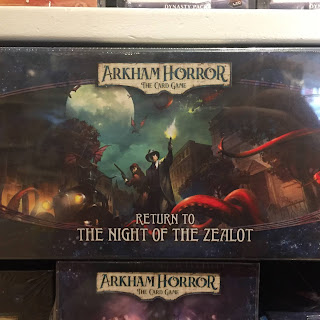 In the Arkham Horror Core Set, players were introduced to the game and its mechanics through The Night of the Zealot scenario. Now, years later, you return, stronger and wise--to find the challenge has grown to match you. Return to The Night of the Zealot updates the classic scenario with new mechanics and challenges for the experienced investigator. Additionally, it has a cool box that can fit a ton of cards--always at a premium. Can you brave the madness a second time? 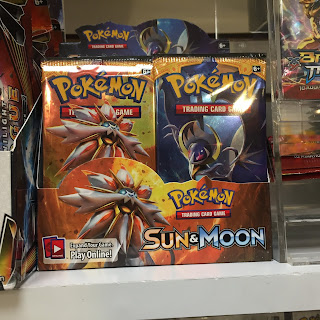 We've been plum out of Pokemon: Sun & Moon boosters for a while now, so we're excited to have them back in. With Standard rotation coming up, now's a perfect time to pick up some packs! 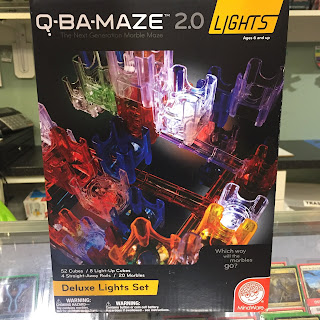 This is an awesome new set for Q-Ba-Maze. The motion-sensing cubes LIGHT UP when a marble moves through them! These blocks instantly transform even the most mundane construction into a marvel. Don't miss out! 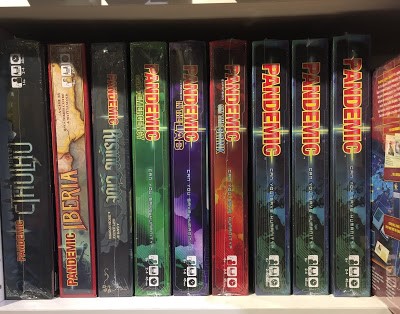 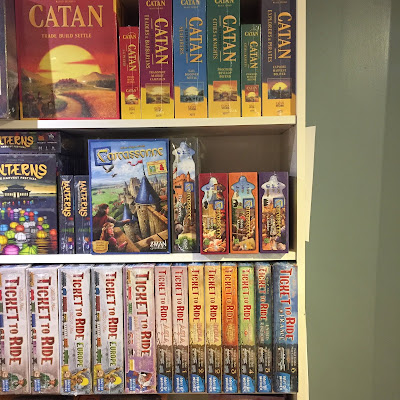 A giant restock of expansions for some of our most popular games has arrived! Included in the returning expansions are: Pandemic: In The Lab, Pandemic: On The Brink, and Pandemic: State of Emergency. Also, Catan: Traders and Barbarians and Catan: Cities and Knights as well as Carcassonne: Count, King, & Robber.

And, last but certainly not least, we received a very small, unexpected restock of Gloomhaven and the very hard to find D&D Beholder miniature. Those will probably be gone this weekend so make sure to come and get them quickly, if you want one.

Posted by Labyrinth Games at 8:33 AM