A Brief Review of the 2020 Challenger Decks 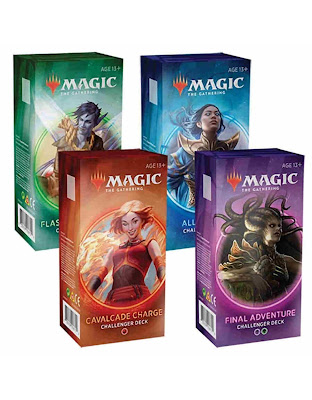 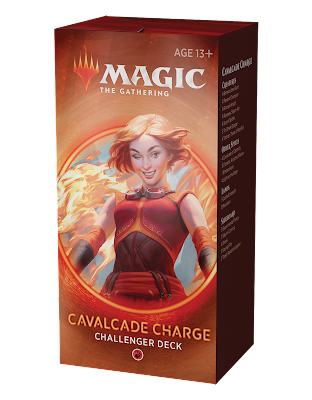 This is to me the most straightforward of the new challenger decks, as it operates on the principle of hit hard, fast, and/or a lot. It comes with several creatures and enchantments that assist in dealing as much damage as possible. The whole deck revolves around both Cavalcade of Calamity, running several small 1/1 creatures, as well as Embercleave to surprise your opponents with a powerful hit. This is probably the most ready-to-play out of the box of the new challenger decks, and the Embercleave alone is a huge incentive to get it. If you're interested in participating in a Friday Night game when things open back up and don't have a standard deck ready, then this is a great choice, as it is pretty competitive on its own. Ultimately, Cavalcade Charge asks the important question: can you count to twenty? 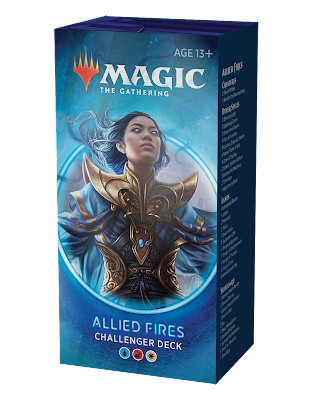 This deck by far requires the most work to make it competitive, as it does have a little trouble out of the box; however, it comes with a fantastic toolkit for building a really fun archetype that allows you to have blowout turns. It comes with Kenrith, the Returned King, who can just devastate any aggro player's dreams when used correctly, as well as it comes with a full play set of Fires of Invention and several staples. It also comes with a full playset of Fae of Wishes, which you can use to get your color-specific hate-spells out of your sideboard. With the release of Ikoria, this deck has several possible additions that could make it competitive. If you're willing to go up to an 80-card deck, then consider adding Yorion, Sky Nomad as your companion along with Agent of Treachery and Lukka Coppercoat Outcast. 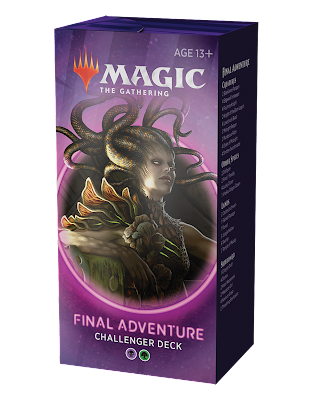 The most readily apparent thing about this deck is its brutal efficiency and the sheer value it seeks to get out of all of its creatures. There are synergies for sacrifice outlets, adventure triggers, and card draw (among other things) that all just amount to value. It also comes with a Fabled Passage (a big staple) and a Vraska, Golgari Queen (a brutal mythic planeswalker). If you like feeling as though every single creature gives back no matter whether it is attacking, dying, or just entering the battlefield, then this deck is a great choice. It is personally my favorite choice so far, if for no other reason than it has a full play set of my favorite guy, Midnight Reaper. 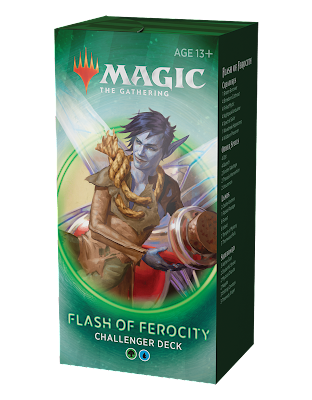 Do you wish that all of your creature cards were instants? That's essentially what you get in Flash of Ferocity. The deck revolves around several good flash creatures, including a valuable Brazen Borrower, as well as counter spells. If you enjoy countering all of your opponent's attempts to play, while also putting down creatures that can start swinging, then this is probably the deck for you. It also contains a Fabled Passage, which is a staple to have in your collection. The deck also comes with a partial play set of Thassa's Intervention, which is just a great fixer for either your hand or stopping your opponent's plans.


Check out the Challenger Decks on our Webstore...