A Cooperative Storytelling Experiment (Tell Us What You Think!)

We have all been looking for ways to keep active, and, in particular, I have been searching for ways to keep my writing skills sharp. Some coworkers were tossing ideas around, and I decided to experiment a little to see whether or not this is something you all would be interested in seeing more of in the future. Below I have written the beginning to a cooperative narrative that I would like you all to participate in creating with me. The idea is that at the end of each prompt, you will be given a choice, and then you can vote on which choice to take in the comments section. If this is something people are responsive to, then we can certainly do more things like this in the future. If not, don't worry, I can always use what I’ve written here to write a really cool Parsely adventure that I’d love to run for people. So let us know what you think or vote for in the comments. 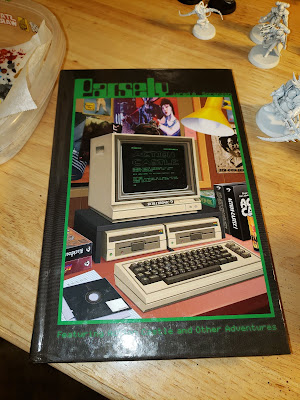 "The wellspring of what’s best in the human condition inverted is a font of fear and anxiety. It is so often the case that we find ourselves falling into the mirror world where this inversion occurs, but we never tarry there for it is too wholly abhorrent to our senses. The letter you received inviting you to visit Dewerstone Manor was written in cursive with a fountain pen—that much you could tell—but what you couldn’t say is why you were immediately compelled to shred it to pieces after finding it hidden among your regular post. Furthermore, you couldn’t say when that day had happened. The linear chain of your memories has been disrupted.


You’re standing in front of Dewerstone Manor. It is a strange, imposing thing cut in the shape of pre-WWII English gentry manors. Unbelievably tall and stoic stone walls rise before you, the front door dwarfed by their enormity. It is dusk and a chill wind stirs dead leaves at your feet, as their moldering husks scrape over the tops of your shoes. A dense forest surrounds the house, except for where pathways cut through on the left and right—and perhaps around back as well—leading to different areas around the grounds. You were invited here, but you’re having difficulties remembering by whom and to what end…


The sound of shifting locks comes from the front door as it swings inward. No one is waiting on the other side, but the gaslamps down the hall are on and you hear the faint sound of music playing somewhere within the house. A sudden noise somewhere to the left of the house down the forested pathway startles you. Someone just shrieked with laughter somewhere in that direction. 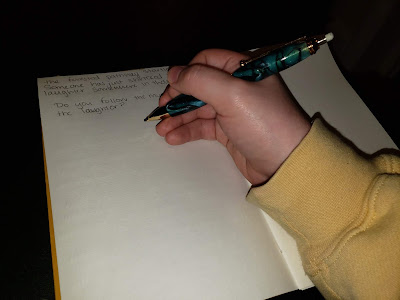 Remember to leave a note in the comments with your thoughts and/or votes! Would you want to see something like this with a particular theme or game in mind?

Posted by Labyrinth Games at 1:53 AM